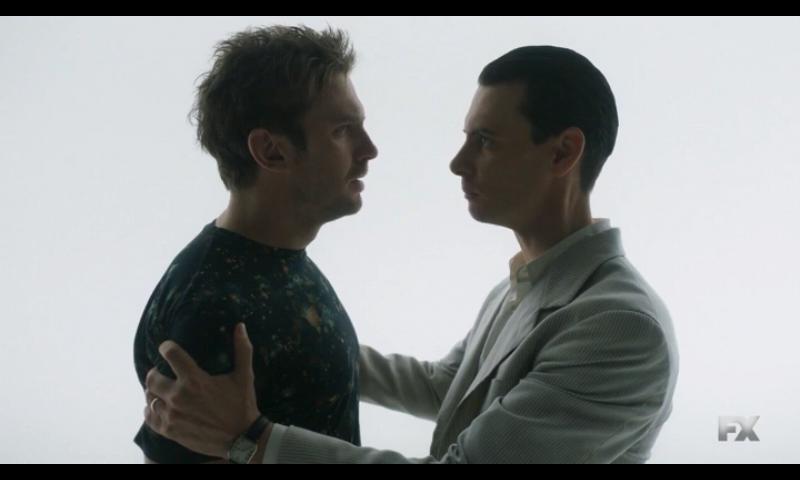 Series Finales can be tricky things. Fans expect to have all their questions regarding their favorite TV shows answered and each of their favorite characters neatly wrapped up within a limited amount of time, while filmmakers, at times, simply use the episodes to pose scenarios for a better tomorrow, not really resolving anything. Unfortunately, Showrunner Noah Hawley chose the latter scenario for Legion, and now fans can only imagine what could have been an epic conclusion regarding these Marvel characters, brought to life by the FX Network.

Technically, “Chapter 27” is the series finale, but I prefer the previous episode, “Chapter 26,” as it felt like it embodied the series as a whole, unlike the grand finale, which felt like it tried a little too hard to wrap things up in a happy ending for the characters involved without actually allowing them to learn from their past mistakes. “Let’s just say we’ll agree to disagree and allow each other to exist.” That’s definitely no way to wrap up an epic four-way Boss Battle involving David Haller, Professor X, an angry and younger Shadow King, and the more knowledgeable and calculating Amahl Farouk. I totally agree with Eric Thurm in his brilliant Polygon piece, The Hollow Series Finale Revealed What Could Have Been.

Season 3, as a whole, was a mindtrip and its finale felt more like a a cop out than a climax, but somehow the unstable David finally got his happy ending, exorcising the demons of his past and finally receiving the love he so longingly deserved, while blurring the lines of the beginning and the end of the show.

“Who we were does not dictate who we will be… but often it’s  a pretty good indication.”

To summarize the Shadow King as an infection is an understatement, so to take this scheming character at his word feels like a terrible misjudgment by Xavier and Showrunner Hawley. As far as taking the filmmaker at his word, he always envisioned the series having three seasons, but what if he takes a year or two off, allowing the Marvel Cinematic Universe to further expand, and with it a possible future storyling for these characters, once they’ve matured and there’s all-new mutants living alongside the already-established MCU superheroes? Now that’s a scenario I’d like to see, but it’s probably one that would play out on Disney+ rather than FX.

Looking back at the entire series, Farouk was never truly the Big Bad, but David was consistently his own worst enemy. Season 1 did an incredible job discussing superheroes suffering from mental illnesses, but the madness was never really addressed in the following two seasons. David’s basically got a cult of multiple personality disorder (a combination of labels that I created), which effectively summarizes our main character and all his gloriousness.

David Haller as a bad guy was a failure and his hippy-dippy cult was a waste of time. The supporting characters took a back seat in Season 2, but for the final year of the show, they were regulated to the extreme background, many of which were quickly killed off in hopes of revival when everyone gets a “second chance” at life, while Melanie and Oliver Bird were abandoned on the astral plane for all but one episode this season. Meeting David’s parents amounted to parts of four episodes, with the remainder of this season feeling like a waste of time. The very first time “We are Legion” was muttered was the next-to-last episode. What a waste!

This brotherhood of characters has created what is seemingly a neverending nightmare that never gets resolved. Switch was a really cool character, but she simply felt like the means to an end for David, who never really embraced her. The time-eating monsters that followed her seemed trivial, but they symbolized something to keep the other characters busy. Their glitchy time effects were creepy cool, though.

There was never a crossover with The Gifted — which would have been really cool — and the X-Men Universe was never really explored in this series. David never faced another Big Bad, so with the ending of the season finale, will each of the show’s characters get a restart or a reboot down the line?

This was by no means a faithful adaptation, but Noah Hawley was allowed to bring his vision of these characters to life, even if that did not quite correspond with the source material, which may have fractured his audience. Legion was definitely edgy, unlike any other superhero (or otherwise) show out there, perfectly suited for basic cable and FX. Season 3 was the weakest for the series, but the final two episodes were incredibly powerful, as more effort was seemingly placed on the dialogue than in throwaway episodes past (Where was this for the past year and a half?). Unfortunately, too much time was wasted on its song-and-dance breaks, which were extremely overused.

“Nothing of value is ever lost.”

Anger issues, abandonment, confusion and revenge seem to summarize three seasons of the show, with reunions being the key for the grand finale, but what happens when the life we have lived and all our memories are gone?

The last episode rewrites three seasons, bringing Gabrielle and Charles (Professor X Marks The Spot For Legion) even closer, but one has to assume they will remember the events they experienced, and possibly even Baby David, as he briefly witnessed Sidney and his older self before they faded into the ether. Such will most likely be the last we ever see of David Haller…