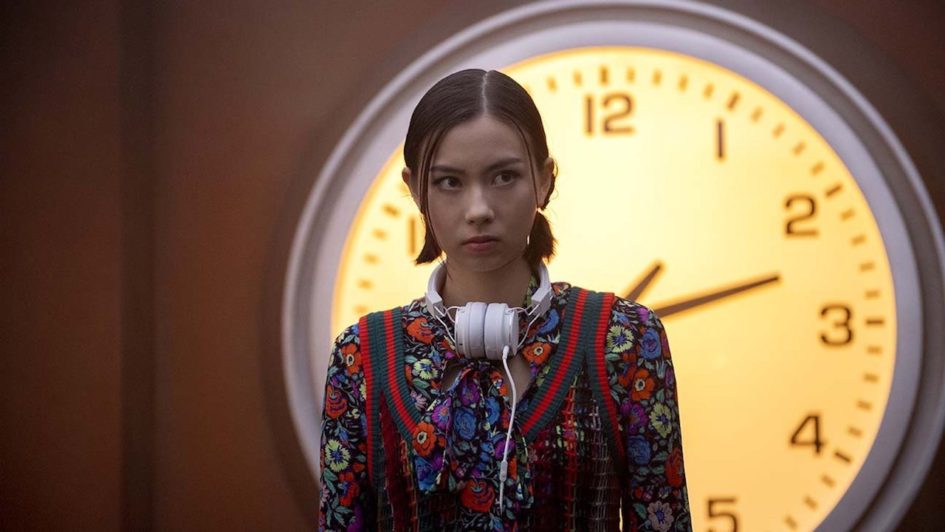 How does a TV show advance its storyline once it invokes a time traveler, who will simply remove any updates? Much like past seasons’ questions of Legion, how do you show repercussions on a show when almost everything is happening within the mind of characters, interacting within the astral plane? And now there’s time travel that will surely change every single scenario, once it happens. This is the dilemma of Legion‘s Season 3, which is being billed as “The Final Chapter.”

Directed by Andrew Stanton, “Chapter 20” seemed to take the entire series into a new direction, which isn’t really a stretch, as the filmmaker has won numerous awards during his time at Pixar, including contributing to a pair of Academy Award-winning movies. Season 2 ended with confusion for David Haller (played by Dan Stevens), as his transition from hero to villain was complete and with the capture of the Shadow King, David’s life gets flip-flopped once again. Now on the run from his friends, Season 3 seems to be all about time travel, as Jia-yi aka Switch plays an integral role in deciding the fate of our favorite Marvel characters.

David’s been haunted by a mental monster (Amahl Farouk, aka, the Shadow King) for 33 years, which will create all sorts of problems for a person, regardless if they’re a human or a mutant. What the season premiere did great was to introduce the audience to a new character with significant time away from the main star, who is seemingly involved with just about every scene. Told as a modern-day noir mystery that’s constantly changing and evolving, the episode actually morphs into a music video, as more hints are given about David’s upcoming mission. Regrets, choices made and opportunities missed are explored, as the episode is more about creating a feeling than actually following a coherent storyline.

Showrunner Noah Hawley LOVES to employ distraction techniques: Look over there, while something more important takes place right here. He also falls into the style-over-substance theory of filmmaking. Sometimes he’s the smartest person in the room, other times he’s the auteur of a passion project that’s spinning out of control.

Upcoming episodes will FINALLY feature David’s parents: Charles Xavier, also known as Professor X (Game of Thrones‘ Harry Lloyd) and Gabrielle (Mr. Robot‘s Stephanie Corneliussen). This creepy, high-tech world features mutants (although not a lot), but the retro future has timelessness that could easily be happening during just about any year. That’s why we’re excited to see how the show will connect to the overall X-Men Universe by its conclusion.

Excited to see the return of Jeremie Harris in one form or fashion, even if this version of Ptonomy Wallace brings the character back to life as a “fully synthetic bipedal quantum.” Heroes vs. robots might end up being the general theme for this last season, which feels like it’s about to get really complex. Prepare to check those episode wikis for detailed information! Even though individual episodes’ storylines seemingly go nowhere, the overall mythology does actually move forward. Here’s to hoping the Shadow King’s wisdom of more than 2,000 years won’t necessarily get the best of our misguided hero.

Since The Gifted has already been cancelled, this is the final remaining Marvel TV show of the Fox regime, so it’s sad to finally admit the Legion–Gifted crossover storyline won’t actually happen. With Disney planning to take all Marvel properties to its newly created streaming service, it feels like Hawley might as well have some fun while going out with a bang. This show is so ridiculously addictive, I can’t wait to see what happens to all of Legion‘s characters, and hope that each one will have a moment to shine within the astral plane before it’s all said and done.