Lost Gold of the Aztecs Feels Like a Game Show 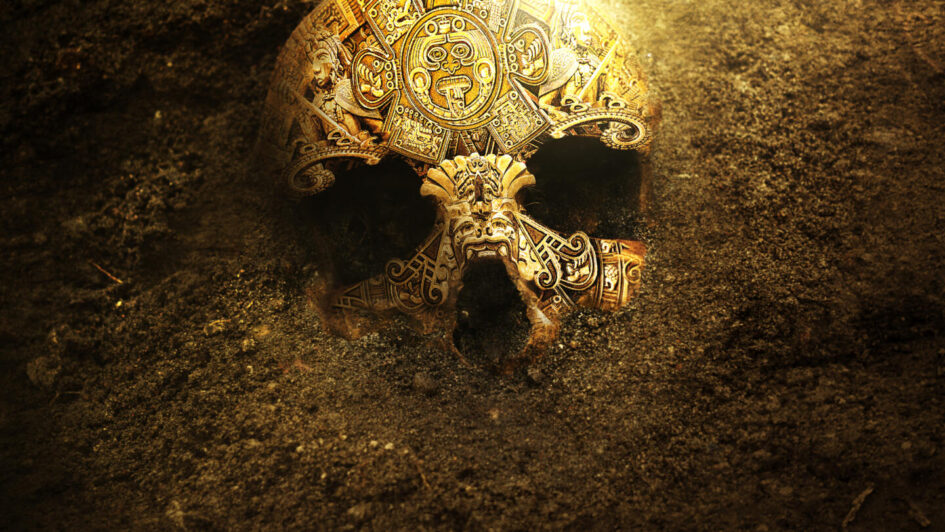 Treasure hunting is an expensive ordeal, one which takes up a lot of precious time and energy. Nobody intends to waste their resources while going on a wild goose chase. For those who are in it to win it, these projects can consume their entire lives. Which is why I enjoy watching the newest entry of reality programming, Lost Gold of the Aztecs.

Airing on the History Channel, this show follows three groups of treasure hunters seeking artifacts and riches in different areas of the United States. Each one seems to be seeking the undocumented remains of Montezuma’s Seven Cities of Gold. Some 500 years ago, the Aztecs buried a fortune in the American Southwest, with plans to eventually exhume it when the coast was clear. But where?

Unfortunately, Conquistador Hernan Cortes overwhelmed Emperor Montezuma and his people, but not before their wealth was hidden. Believed to be an enormous quantity of gold bars, silver, precious stones, jewelry and other Aztec artifacts, historians estimate the total value to be worth more than $3 billion!

Dan, Gina and Derrick Dillman, keeper of the records and believers their family is “The Chosen One,” continue a 56-year search in southwestern Utah, which was passed down from past relatives. After suffering previous setbacks, their exploration of flood tunnel booby traps brings to mind another popular program (Digging Toward Debt: Oak Island‘s True Curse).

“Today might be the day that we uncover something… big.”

Jerome Lovato, along with the father-and-son Villescas team have partnered to explore underground caves in New Mexico. Gabriel and Ramon have traced their family tree all the way back to Spanish conquistadores, believing Montezuma’s loot was melted down into gold bars for transport, then hidden in multiple locations.

As gold miners who previously found an Aztec artifact, Kevin Hoagland and Chris Hegg are following Aztec trade routes from Mexico up through the United States. Finding an ancient, hand-dug tunnel system in middle-of-nowhere Southern Nevada shows promise, but their success hinges on more data collection.

With three opportunities for success, the production company, American Chainsaws, is tripling its odds, bringing more of a gameshow feel to this treasure hunt, as each of the teams race against time to find the ultimate prize. Who will find it first? Who will claim the victory? Or will any of them find what they’re looking for? While knowledge of lost history is the ultimate treasure here, Montezuma’s wealth is sure to create gold fever in anyone who scratches the surface of the missing loot.

With so much 21st century information available at our fingertips, why is it so hard to confirm these historical claims? I’m sure each of the searchers wonders that same thought.

Conspiracy theories abound while each group hopes to use environmental scans, eyewitness testimony, pictograph translations and trusting in past research to guide their present-day searches. While they gather information, I will enjoy their search for the truth.

Lost Gold of the Aztecs is a good program to pair with Oak Island, although I’m still awaiting the return of The Curse of Civil War and Lost Gold of World War II, and all these years later I’m still wondering what eventually happened in Legend of the Superstition Mountains, which feels closest in theme to this show.