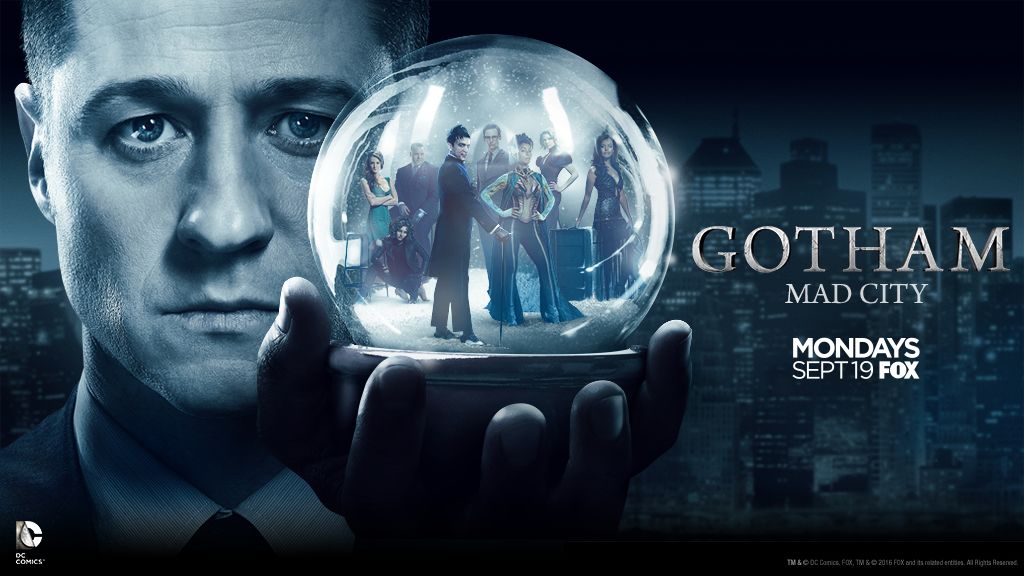 The first half of Season 3 is subtitled Mad City and the second will be subtitled Heroes Will Fall. Young Master Wayne’s origin story continues, and the stakes are higher than ever, as more ambitious and depraved supervillains are introduced, and there’s a realignment of alliances in process to shake up the power balance in Gotham City.

Key elements this season include the infamous criminal organization known as the Court of Owls; the Indian Hill escapees on the loose; Jim Gordon on his own as a bounty hunter; and Fish Mooney is back, looking to get Hugo Strange to cure her and also create more “monsters.” 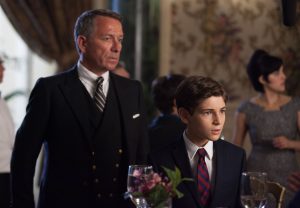 Bruce and Alfred, with the help of former Wayne Enterprises employee, now GCPD employee, Lucius Fox, discover there are still more secrets to uncover regarding the murders of Thomas and Martha Wayne. 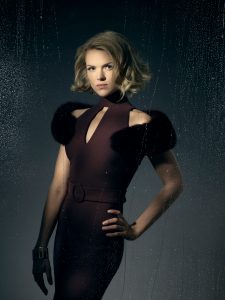 Bringing the MAD to Mad City, however, are the bat-shit crazy villains, like Fish Mooney and Oswald Cobblepot / AKA Penguin (who have a really powerful, emotional scene in the closing moments of the second episode), Edward Nygma / Riddler, Selina Kyle / Catwoman, Barbara Kean and her pal, Tabitha Galavant / Tigress, and Butch Gilzean, whose game we have some clue to already. Soon we’ll meet Jervis Tetch/ Mad Hatter and his sister Alice, along with the Tweed Brothers and Mario Falcone. 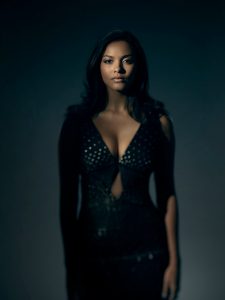 My favorite development, so far this season, is the rebirth of Ivy Pepper from the awkward tween we have known in the first two seasons. Replacing Clare Foley, who appeared in the role on a recurring basis during the first and second seasons, is Maggie Geha. One of the Indian Hill escapees has the power to age people and he briefly affects this change on our dear little Ivy as she falls into a ravine, maybe like a slightly chemically active sewer, and she emerges as an older, sensationally seductive Siren with an affinity for plant life. Buckle up, bitches, here comes Poison Ivy! 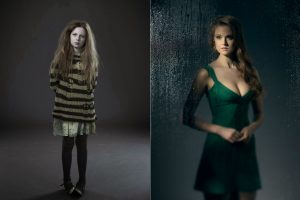 The Old and the New Ivy: Clare Foley and Maggie Geha in Gotham

The season opened with us seeing Gordon working in a monster-ridden Gotham as a bounty hunter and seeking answers about the Indian Hill escapees, seeing Bruce’s doppelganger roaming the streets, and Barbara and Tabitha open a new nightclub called The Sirens — I wonder if Ivy will join the club.

In the second episode, Fish Mooney takes matters into her own hands to locate Hugo Strange, forcing Gordon to reluctantly team up with journalist Valerie Vale to find her. Penguin rises in popularity after criticizing the work of the GCPD and Bruce’s investigation of the Court of Owls is compromised. Meanwhile, our little darlin’ Ivy Pepper is reintroduced into Gotham City smokin’ hot in a green dress. 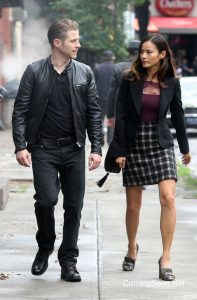 Ben McKenzie is Jim Gordon and Jamie Chung is Valerie Vale in Gotham. 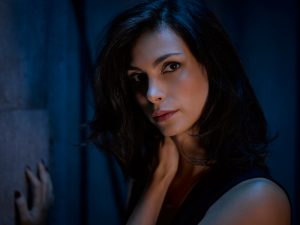 Morena Baccarin is back as Lee.

My sources tell me the third episode, due October 3, brings hypnotist Jervis Tetch to Gotham searching for his sister, Alice, and hiring Gordon to help find her; Penguin decides to run for mayor; and Bruce’s doppelganger begins to channel him, causing some confusion around town. 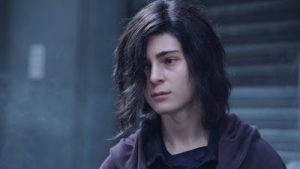 Bruce Wayne has a doppelganger.

After that, in the October 10 episode, Penguin gains power as he narrows in on the nomination for Mayor of Gotham; Gordon turns Alice into the GCPD for the bounty; and Bruce and Alfred try to find Bruce’s doppelganger after learning he’s assumed Bruce’s identity.

So, get caught up, and get ready for a mad ride through Gotham this season!