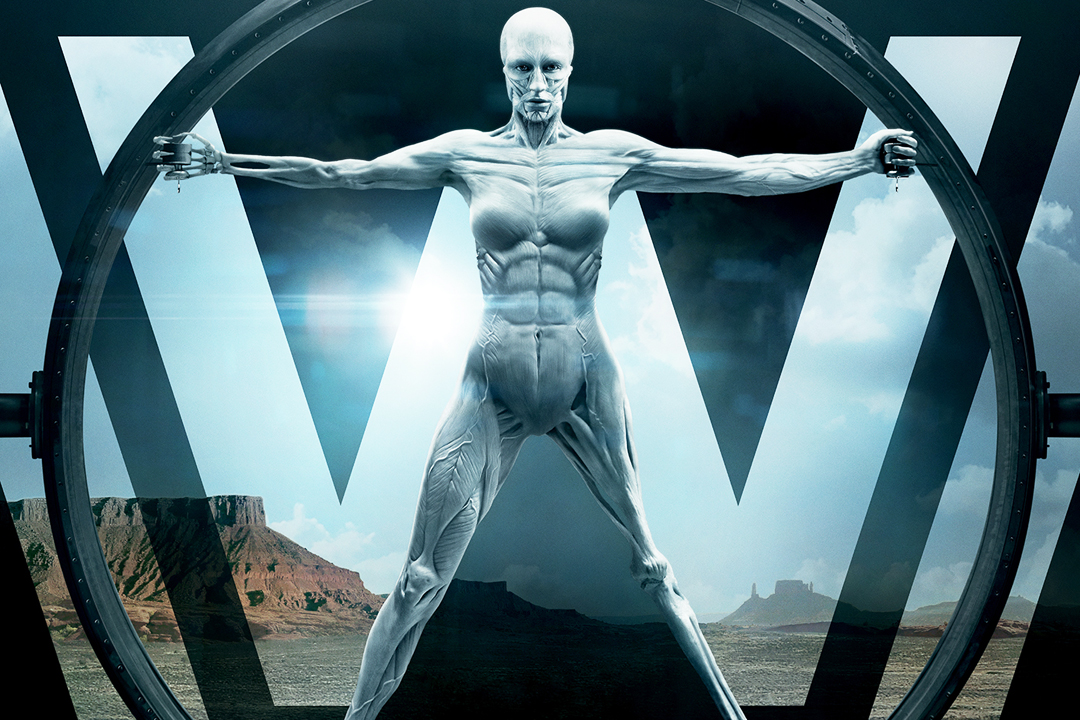 So, Westworld… “Trippy,” as the kids say.

The premise of this story, in case you didn’t happen to recall it from the now-dated film by the same name, or the trailers, is a high-tech Western-themed amusement park inhabited by androids, visited by the rich for various kicks, and all the things that could go horribly wrong with that idea. Like many sci-fi stories, there is a good deal of room for the exploration of deep themes, and this one seems to be jumping right in on few of them.

For starters, the awfulness of the human condition is front and center, in the murder-for-shits-and-giggles patrons. The concept of god-complexes and the morality of creating (and ending, repeatedly most times) “life” in artificial intelligence form makes a major appearance. We are also led toward a not-so-subtle inevitability of the machines saying, “Fuck all this noise” and turning on their creators. All of this takes place in a serialized repeating setting that’s part Deadwood, part Hunger Games, and part Jurassic Park — apropos, given the shared mastermind of Michael Crichton.

Visually, and through the story, we land in the middle of a civilized and more structured acid-trip which somewhat plods along until it starts to make some sense through various reveals. This seems to be fitting, however, since the AIs in the story no doubt are experiencing some of the same disorientation. The strange reality of the business at hand is almost too cold and too matter-of-fact, at first, but it hits a groove about halfway through. There is a certain amount of violence and nudity to wake up our primal senses, and a ton of science in the fiction — for the old noodle.

What stands out to me is what must be a very expensive cast. Anthony Hopkins and Ed Harris come with inevitable gravitas, but that has got to cost a pretty penny. Then you add in Evan Rachel Wood, James Marsden, and Jeffrey Wright, and we’re talking about some pricey people. Worth it, but expensive. Consider the visual effects, and licensing for some incredibly creative uses of music, and this thing cannot be cheap. (The first episode sets a major scene to an orchestral version of Paint It Black that is — literally for a couple dozen characters and extras — to die for.)

That factor may be of concern, because HBO has a history of calling it quits on pricey productions. See also, Rome. With Westworld almost assuredly attracting a niche audience, the return on investment may become a sticking point for this series.

Nonetheless, while the network is willing to offer it, and while our minds feel up to the heavy task of its depth, Westworld is open for business. The tale is off to a fascinating start, and if nothing else, we can gawk at naked androids if they run off the rails too much.