What to Expect from Netflix’s Luke Cage 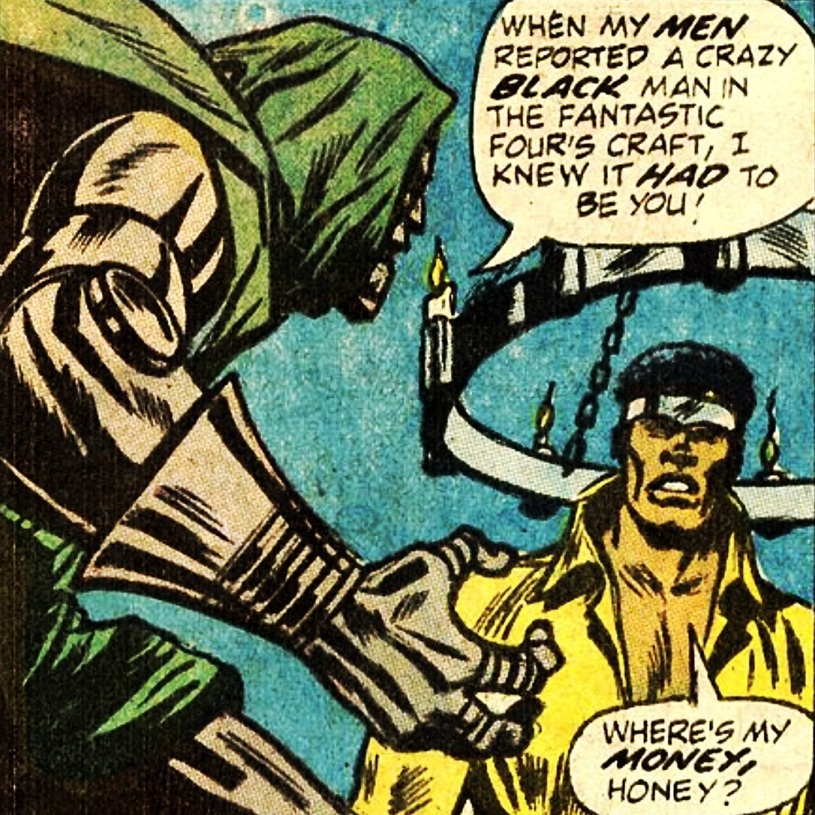 Luke Cage (AKA Power Man) has a long-and-storied history in Marvel comics. He’s a bombastic cult of personality who spews ludicrous catchphrases and has no issue with stealing a flying car to go talk smack to Doctor Doom over $200.

The Luke Cage we were introduced to in last year’s Jessica Jones is still fond of muttering “Sweet Christmas,” but is far more subdued that his comic counterpart.

Headlining his own series that dropped today, audiences should expect a man of great power, who is still struggling to find his place in the world. Played excellently in Jessica Jones by Mike Colter, this Luke has not yet had his “Uncle Ben” moment. Left with unbreakable skin and super-strength after an experiment, he was content just running a bar in New York City. When confronted with the man he believed killed his wife, there was a burst of anger, but it was controlled and calculated. This Luke seems like he would rather take Doom to court over that $200, instead of confronting him about it.

But that works. As we have seen time and again in the Marvel Cinematic Universe, heroes need to be relatable. And Luke perfectly conveyed the feeling of loneliness and lost hope that occurs after the death of a loved one.

Netflix’s Luke may not fly around the world to get back his $200, but he will put everything on the line to help those he cares about. And this new series looks like it is shaking up the life that Luke is struggling to rebuild after the events of Jessica Jones. And Luke will not be having it.

Emmy-nominated Mahershala Ali is playing Cornell “Cottonmouth” Stokes, a Harlem drug kingpin who ignites a war between himself and Luke. These don’t sound like particularly high stakes, but as is pointed out in the trailer for the series, Luke may be bulletproof, but Harlem isn’t. The most encouraging thing about this story direction has been one of the most-cited influences on the show: HBO’s The Wire (often cited as one of the greatest television series ever made). The Wire is a complex story about people on both sides of the law, with no real heroes, and no real villains. It is just about people trying to survive in a “game” they are all wrapped up in. If Cage is half as good as this inspiration, there will be nothing to worry about.

Comic fans should also be keeping eyes out for several characters to be making appearances. Shades Alvarez, a thug involved with Luke’s past, will be played by Theo Rossi, one of the few bright spots of the last season of Sons of Anarchy. Willis Stryker / Diamondback looks to be making some appearances. Most exciting for long-time comic fans, though, should be Misty Knight, played by Simone Missick. Misty is a police detective who has a long-running history with the Heroes for Hire (Cage and Iron Fist). And be sure to keep an eye for the apparent Nick Fury of these Netflix series, Nurse Claire Temple, played by Rosario Dawson.

Luke Cage will also not be shying away from acknowledging the blaxploitation history of the character, as it features a predominately African-American cast (much like The Wire). Every episode of the series also shares its name with a song by the New York hip-hop group, Gang Starr. The premiere of the show is also arriving at an unfortunately topical time, with star Mike Colter noting that the world is ready for a “bulletproof black man.”