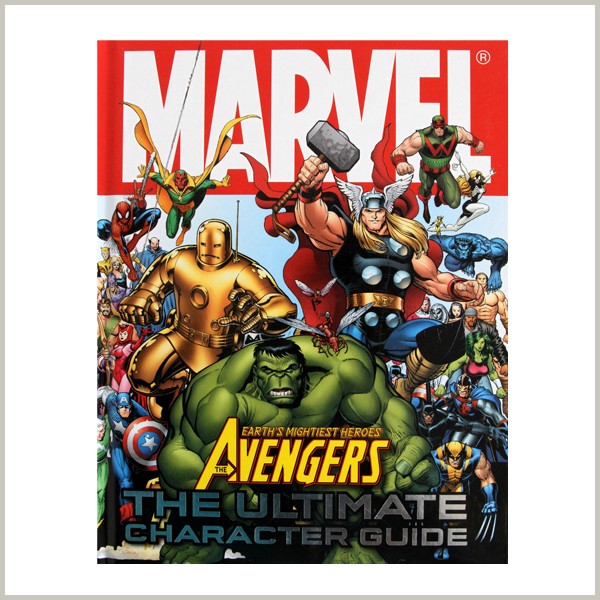 Who are the people in the Marvel Universe neighborhood?

Although there are literally hundreds, if not thousands of characters scattered throughout every comic book title in the Marvel Universe who have dealt with The Avengers in the past or present, Marvel Avengers: The Ultimate Character Guide focuses on 203 of those superheroes and supervillians. This is a quick read of each character’s brief personnel file and an easy introduction to The Avengers.

I really like how this book includes current and former characters, including those who have died along the way. But it is not perfect. Author Alan Cowsill left out some very popular characters — including The Thing and Johnny Storm — while spotlighting some incredibly minor characters instead. Strangely enough, some minor characters have inflated stats over the more-established ones. Very odd.

Reading the files, I didn’t realize how much a soap opera the Marvel Comic Universe has: With its good guys turning bad, teammates having mutant babies, the extravagant use of the word “Marvel” (multiple people portraying the role of Captain Marvel, not to be confused with Ms. Marvel, the Kree warrior Mar-Vell or Marvel Boy), people sharing the same superhero name (Ant-Man, Hawkeye, Human Torch), multiple versions of the same person (Kang, Iron Lad) and even people becoming multiple characters (Hank Pym and Vance Astrovik, I’m looking at you guys).

The similarity of some superhero names seems to come from the laziness of the original Marvel comic writers, including: Hulk, She-Hulk and Hulkling, Spider-Man and Spider-Woman, Thor and Thor Girl, Beast and Man-Beast.

This hardcover book was included in the Best Buy exclusive Marvel’s Avengers Collectible Gift Set. Even though the book was recently published in 2010, it’s inevitably outdated already. But it’s a good source for background information, regardless. Getting more information on characters I’ve already read about (such as those within the Marvel Zombies saga), I’m looking forward to seeing in the Marvel Movie Universe (including Iron Patriot in the upcoming film, Iron Man 3) and previous characters in the video games I’ve played (including Spider-Man: Shattered Dimensions).

My biggest concern are the multiple and blatant typos and grammatical errors. I cannot believe how many are scattered throughout the book! Were all the Marvel Copy Editors out to lunch? Some characters are mutants, some are not. It’s difficult to tell at times because it’s barely ever mentioned. Admittedly, there was limited space to give a full-blown backstory for each character, but oftentimes, major events are left out, leaving a new reader (like myself) confused. Many, many typos and grammatical errors leave me feeling robbed of a good product.

And if there’s anybody who hasn’t tried the Super Soldier Serum or had themselves cloned, please raise your hand!

Strength: Great premise for a superhero novice…
Weakness: What a lack of editing!
WTF Moment: The Pet Avengers… A superhero group of animals!