Mr. Mercedes is a Series That Hits Hard From the First Episode 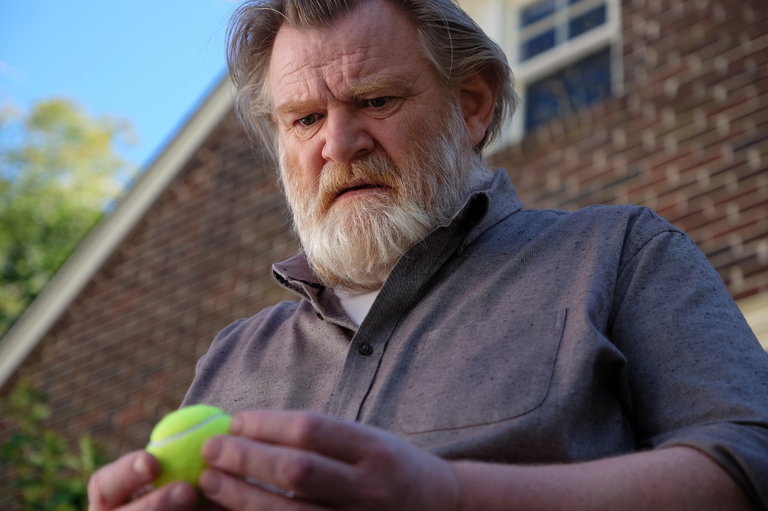 In case you weren’t aware, Mr. Mercedes has been released this summer, in addition to the Stephen King adaptations of The Dark Tower, The Mist, and It will be released in September. Broadcast on the AT&T Audience network that is only available to DirecTV subscribers, Mr. Mercedes isn’t the usual Stephen King fodder. In fact, this is one of the few Stephen King books I haven’t read, as it isn’t horror, but a crime drama. I’m reviewing this series with fresh eyes, unlike my recent reviews of The Dark Tower or The Mist. Stephen King actually won the Edgar Award, which is the highest award given for crime novels for the book, so perhaps i should give it a read.

The series opens with a rather brutal scene that was hard to watch, considering everything that has been going on in the news lately. A group of people, gathering early in the morning for a job fair, are mowed down by a crazed killer in a Mercedes. It was hard to watch. I looked away. For me, this scene seemed particularly brutal and director Jack Bender didn’t shy away from violence and gore in this scene. It was within the first five minutes of this program that I realized this series was going to be closer to something you would see on HBO, than something on, say, AMC. It didn’t take me very long to remember this might be a detective series, but it is still one penned by Stephen King.

In the next scene we meet Detective Bill Hodges (Brendan Gleeson), who, even in retirement, can’t get over the one case he couldn’t solve. Not like the killer is going to let that happen. He taunts the grizzled detective, who has walking nightmares related to the case. The killer isn’t a secret to the audience. Brady Hartsfield, a young man in a disturbingly incestuous relationship with his mother, is a complicated character.

From the very first episode, the series gives a frightening look at what lies in the dark recesses of the human psyche. You see not just his mental illness, but the people around him who led him down a dark path. Most importantly, it isn’t a slow burn. I’ve seen other reviews calling it slow moving, and that actually turned me off from the series before I watched it, myself. I have no idea what these people were talking about, as the series hits you with some new trauma for your mind to deal with every few minutes. This is no laid-back crime drama.

Mr. Mercedes is a solid miniseries. I am confident you will walk away from each episode with something new to talk about, as the series is a deep character study of a killer and a person who catches killers. It’s a deadly game of cat and mouse played out over a 10-episode run. I was surprisingly shocked by the graphic nature of the first episode and it takes quite a bit to shock me. I give the series a glowing four out of five stars for its frightening dissection of the mind of a killer.