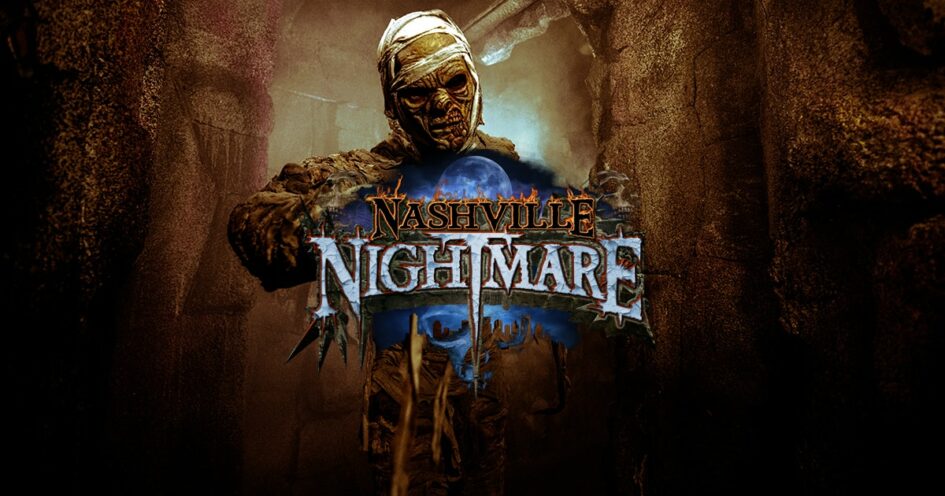 For many years, the Nashville haunted house scene has been huge. There are many haunted attractions to choose from. Devil’s Dungeon, Haunted Hell, Slaughterhouse and Beast House all offer the scares and thrills many have viewed as the standard for the Halloween season. But one attraction has decided to change the standard. They have chosen to become a scary destination. They have created the area’s first horror-based theme park (other wise known as a scream park).

Nashville Nightmare began as a haunted attraction in 2011. In its first year, it only had a single house and a small cast of characters. Flash forward to 2019, and the whole property has changed. Now spanning almost the entire lower half of the Madison Square Shopping Center, Nashville Nightmare hosts six unique haunted houses, multiple escape rooms, a series of macabre carnival games, photo ops and a cast of hundreds. Throw in the on-site concessions and bar, and you truly have everything needed to be classified as a scream park. 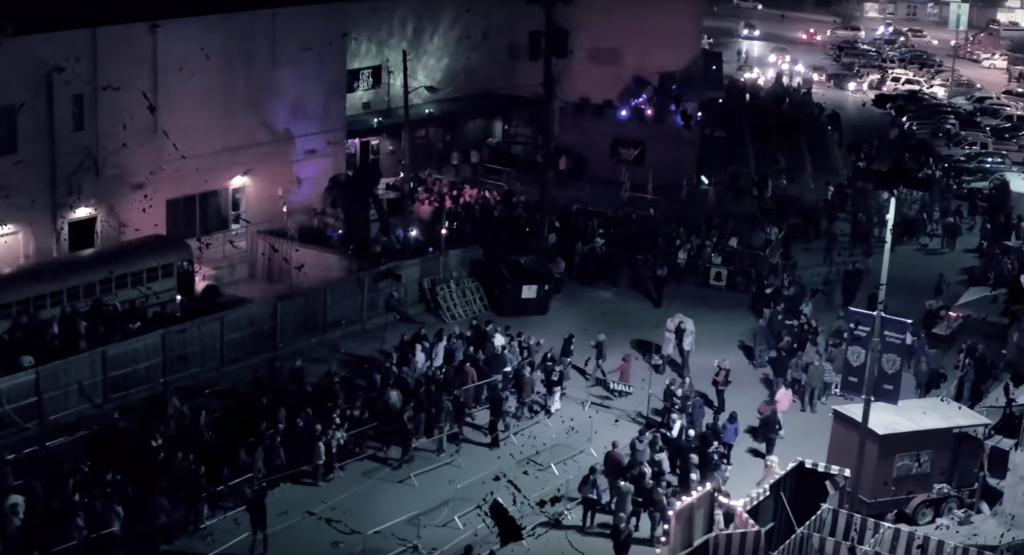 All of these amenities are great, but true haunters want to know about the haunted houses, themselves. So, without any further waiting, let’s break down the six different haunts available at Nashville Nightmare scream park for 2019.

REFORMATORY: THE EXORCISM OF VICTORIA GRACE

“Restless spirits lurk in the shadows, threatening to possess those who cross their path. The darkest of these spirits have already taken hold of Victoria Grace. A botched exorcism by the evil Nun, Mara, summoned the wrath of a demon. The demon’s host, Victoria, is uneasy. She is determined to find a new host that this monster can latch onto. She will do everything in her power to make you the demon’s next host. You must attempt to find your way out of the reformatory or face your tragic demise…”

If you have been to Nashville Nightmare in the past few years, you may remember this attraction being originally named Horror High. Much like its predecessor, this haunt is setup like a school that has been corrupted by the forces of evil. However, the Catholic school twist adds a new level of creepiness to Reformatory. The remake gives it a fresh new feel, exploring the demonic possession of a student and how this tainted the other kids and faculty. My only complaint is with the ending. I am not sure what was planned, but it just felt empty in the last scene. 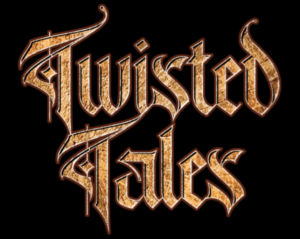 “Open these pages and you will find that fear will be your only guide. For these twisted, wicked, eerie tales will dwell in your mind like a witch’s spell. But once the darkness deceives your eyes, you’ll leave reality far behind. As your heart beats with anticipation, witness horrors beyond your imagination. Creatures and monsters lunge from these pages searching for victims, souls of all ages. As these tales unfold, your teeth are sure to chatter. Let’s see if you can survive this tale’s final chapter.”

It’s no secret that Fairy Tale Hell was one of my favorite attractions at Nashville Nightmare. The combination of fantasy tales and horror was so intriguing. There are so many stories that can be explored. And my hopes got raised for a load of new experiences with the new Twisted Tales renaming. Unfortunately, it felt like more was removed than added. What was there was amazing, but I found myself missing a lot of favorite scenes.

“For years, mortician Victor Clyde scoured the earth in search of his beloved collection of morbid and antiquated treasures. Although his collection has many items, 13 pieces were held in the highest regard. These special artifacts, that each house the ashes of a demented, tortured soul, are displayed inside his funeral parlor. Legend states that each soul roams upon the grounds of his mortuary, preying on anyone who dares to trespass. Is there any truth to these tales of horrific souls haunting the living, or just another tale to go with Victor’s collection of horrors?”

Phantoms is the name for part of the original haunted house that opened with Nashville Nightmare back in 2011. It is your traditional haunted house, and does not fail in its billing as the best attraction here. The sets are extremely detailed and set the tone. Actors here seem to have an extra spark of energy and just simply bring their all to the scares. By far, Phantoms is the best haunt at Nashville Nightmare this year. 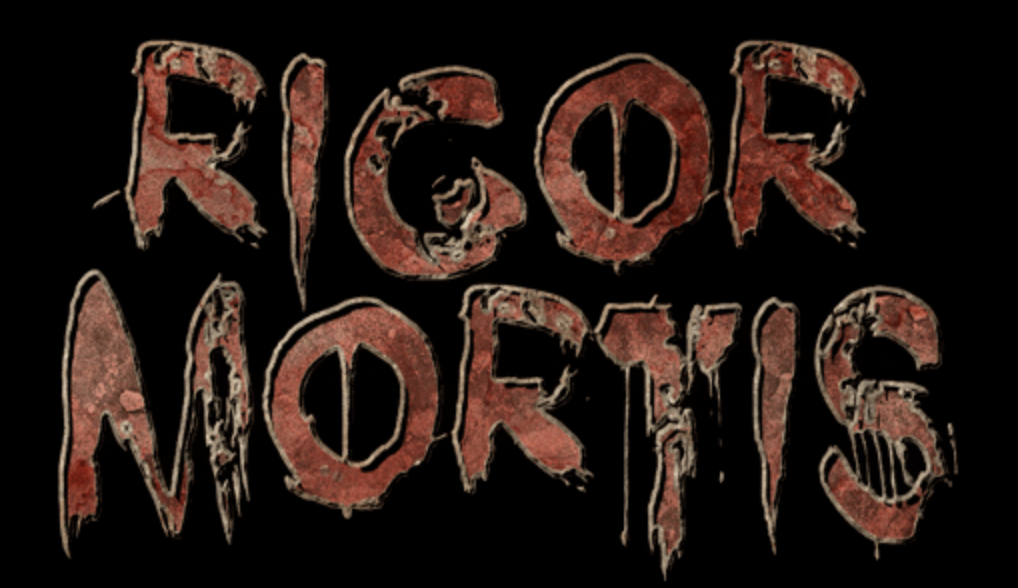 “Something strange has been happening at the county morgue. There have been tales of Dr. Eli Mortis injecting the deceased with a vicious blend of formaldehyde. It has been said that this reanimates bodies postmortem, preventing them from decaying but turning them into something much worse. Venture through the morgue’s basement of the dead, as you try and find an escape. Will you survive? Or will you become scared stiff inside Rigor Mortis?”

Rigor Mortis is an all-new attraction for Nashville Nightmare this year. Occupying part of the original building, this haunt pits guests against the ghoulish experiments of Dr. Eli Mortis. Even the good doctor is afraid to go inside, and gives everyone a monologue explaining what they will find once they enter. Lots of rotting corpses and monsters fill this haunt. Not a bad addition to the scream park, packed with some great scenes and scares.

“On the night of April 6, 1985, a meteor crashed to earth in Rayon City. Members of the government went to the crash site where they encountered an amorphous organism, code named: TRIXON. Devouring every living thing in its path, this mutant creature takes on many forms and shapes as it multiplies and feeds. Government scientists try to contain TRIXON and kill it before it consumes them and Rayon City. Can this monstrosity be stopped? Or will mankind fall victim to this alien abomination?”

Originally, this location was a Zombie-themed attraction. However, with the re-theming in place, Sector 615 brings an alien aspect that has been missing from Nashville Nightmare. At first, I thought it was just going to be the same haunt as before, with only aliens replacing the walking dead. However, the scenes all felt new. Who would have thought that one small change would revitalize a haunt?

“Every thirteen years, Clown returns to our world to gain strength by feasting on the fears of children. It’s been thirteen long years that Clown has been trapped inside the Thirteenth Realm, all while plotting his next gruesome attack. Will he reap his work and swallow your fear-drenched soul or can you evade his evil grip? Full contact haunted house experience, must be 18 years old, sign a waiver, may be touched on legs, arms, back and head. $7 to participate.”

By far the newest and most extreme haunted attraction at Nashville Nightmare, Clown draws upon coulrophobia, or the fear of clowns. Surveys have shown that most people who attend haunted houses have a deep-seated fear of clowns, so to push the envelope, Nashville Nightmare not only created a beautifully designed attraction showcasing them, it also allows the actors to touch their victims while inside. Possibly my favorite new thing they offer. The actors were spot on, funny, but so, so creepy. Worth the extra admission cost.

My overall grade for Nashville Nightmare scream park is an A. Normally, I would say, “If you are near Nashville, be sure to check this haunted attraction out.” But with all it has to offer, I now say, “No matter where you are, you need to make plans to visit the Music City and make Nashville Nightmare your Halloween destination.” As time goes on, this haunted destination will only get better and better. Be sure to go and see why.