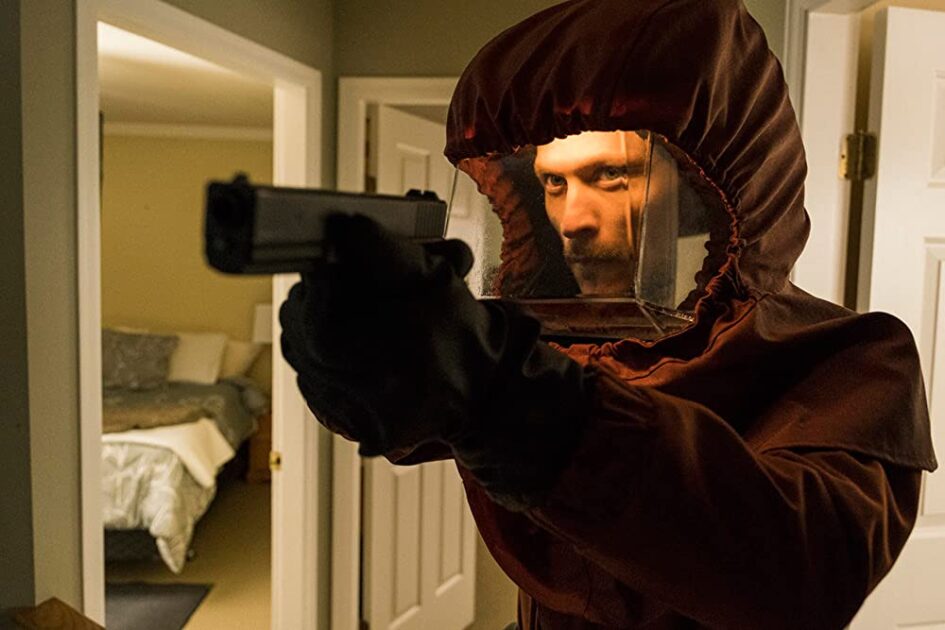 I’ve had a sketchy history with network television science fiction throughout the years. Ever since The X-Files originally wrapped production in 2001, I’ve been hesitant to dive headfirst into a new series. So many of them just haven’t been great, whether it’s their acting, writing or direction (Why do premium channels do it so much better?). Ever since then, I was never fully sold on fully committing to another series (and that includes The XF relaunch!). And then Manifest arrived, promising something different. Unfortunately, keeping up with that show has been a huge time suck, as more and more conspiracies are offered, none of the questions are ever actually resolved (I’m mostly blaming my hardcore interest in JJ Abrams’ LOST for getting involved with that Manifest mess).

Debris, the newest sci-fi drama introduced by NBC, looks to be something a little bit different. Maybe I can even say it’s offering me some sort of hope that the mainstream can actually float a successful supernatural series that doesn’t insult its audience.

With the cold intro, the series mythology is set: Three years ago, images were captured of a wrecked alien spacecraft moving through our solar system. For the past six months, debris from that spacecraft has been falling to Earth.

And as the pilot begins, black market sales of the debris lead to horrific results, as an unknown organized group attempts to acquire these precious artifacts, which bring a magical quality to those who hold it. Touching the pieces seems to bring teleportation to its holder. And somehow those pieces are involved with dead bodies that defy gravity due to a magnetic levitation or something else. Of course, all of this envelops unresolved grief, so is that what this series is really all about? Somehow, the truth is still out there… somewhere.

Our main characters here include MI6 Agent Finola Jones (played by Riann Steele) and CIA operative Bryan Beneventi (Jonathan Tucker). Neither one fully trusts the other, while both of their jobs deal with the impossible. The transparency between the two countries’ coalition isn’t exactly crystal clear, although each one believes what they’re doing is for the greater good of humanity, and their goal of keeping destructive technology out of the hands of the bad guys seems noble. But I’m waiting for sinister forces within either government to pop up at any moment.

The first episode involves people’s eyes mysteriously bleeding before their deaths, turning them to mindless Zombies who are alive with no pulse, somehow brought back to life (and floating), or are they actually embodied by an alien presence? For some reason, this unknown flying object’s wreckage is able to bring forth past memories and drain people of their energy in order to survive. That’s a whole lot to absorb within a 40-minute episode!

There’s a lot of crying going on in this episode, as the sense of loss is great. And there’s just enough paranormal elements, mixed with some strong human emotions to grab to my attention and make me want to see more from these characters. How, exactly, is the presence of a strange “kid” really “needed?”

“This job is about being alone… it’s supposed to be.”

Overall Thoughts: While I’m not a fan of this American’s patchy, shabby beard (Tucker REALLY needs to shave!), Steele’s MI-6 Agent seems to be overqualified for this job. I do wonder if her grief will be her eventual downfall. Also, I wonder how many total pieces of debris are actually there? How long will they remain Mcguffins to the actual story? I’ve got a sinking feeling there will be a new one introduced in each episode (How long can that last?), as the “good guys” are acquiring pieces to rebuild the alien spaceship. Could the “bad guys” be doing the same?

And now that we know coming into contact with the alien technology can reanimate previously dead people, how will Finola respond when she discovers her father’s working with the bad guys?

Much like Manifest, I want to believe in network television science fiction, but there’s only a limited amount of time before I will lose interest. Keep it simple, scriptwriters! For now, I’m following the debris. You’ve hooked me. Now, make it worth my while to continue this journey.