The Old Man in Logan 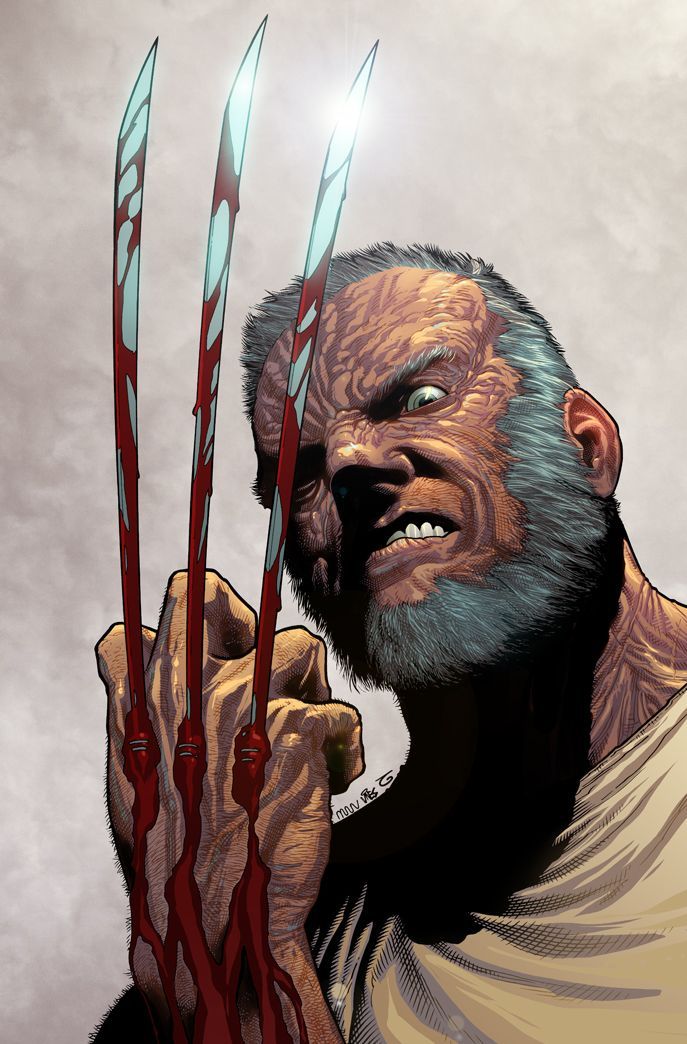 Now that the world has had some time to enjoy the wonderfully visceral experience that is Logan, I can feel a little safer writing about it without needing to attach a spoiler tag to every other sentence. Some of you Wolverine fans out there likely already know that Logan bears a striking stylistic resemblance to the alternate-universe Marvel series, Old Man Logan. The odd bit here is that the film, unlike the comic, has to operate within a specific timeline established by seventeen years of Hugh Jackman cigar smoking, and the result is an odd mix-up of different Wolverine characters from the comics.

For instance, we see X-23 in the film, who, as far as I know, has no part in the comic, but oddly enough, Wolverine’s recent demise in Death of Wolverine had a strong impact on his daughter. She then took up her father’s mantle as The Wolverine. So, we see Logan mirroring a Wolverine comic, just not the one we expected. The film uses this throughout, referencing common tropes of James Howlett’s life in what many expected to be the setting of Old Man Logan.

Instead of Logan having murdered all of the X-Men in a fever dream from the villain Mysterio, the film implies heavily that it was actually Xavier who kills them while in the throes of a seizure. We find no inbred Hulklings for Logan to thrash through, as in the comic, but we find his old friends, the cyborg soldiers known as the Reavers, chasing Logan and X-23 down. The old, blind Hawkeye of Old Man Logan is not present, but Kaliban makes an appearance as Xavier’s caretaker. And most interesting of all, Dr. Rice is present in the film, appearing as a poor man’s Mister Sinister-type figure, pulling the strings of a perfect genetic clone of Logan.

When it really comes down to comparing the film, Logan, to what I assumed beforehand was the source material, Old Man Logan, I can’t say that I find many similarities in characters or plot, though I still see the film and the comic as inextricably tied. Logan draws far more from the broader comic history of Wolverine, and is forced to work within the confines of the Fox Studios Marvel Universe (that means a universe without Captain America, Hawkeye, the Red Skull or even the Avengers). Yet, even as it does this, it still feels like the world that Old Man Logan takes place in. The film and the comic both have a dystopian Western feel to them.

These worlds have dwindled and there is little hope left in them. The heroes have all gone, and the villains — in the film’s case, corporations, and in the comics, literal villains — hold dominion. Logan is tired and disillusioned, and has cast away the mantle of hero. The only thing that keeps him soldiering on are the last bits of animalistic rage behind the wrinkles and gray hair. Logan earns my respect for not only being a great film, but for managing to remain true to the desolate spirit of its source material, while somehow being a completely different story. I can’t imagine Hugh could’ve gotten a better send-off.