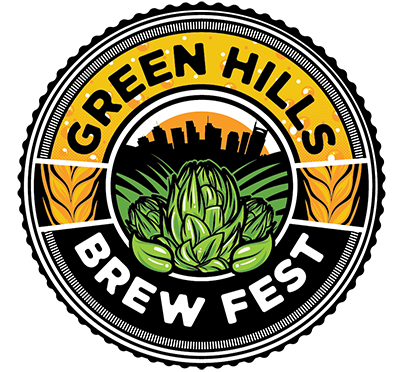 Per Matt
Sips and sounds will be celebrated at the 2015 Green Hills Brew Fest.

Middle Tennessee’s first boutique beer festival aims to become a community gathering celebrating great drinks, music and local cheer on Saturday, November 7th from 2 P.M. to 7 P.M. at The Greenhouse Bar, with concerts to follow. This inaugural beer festival will feature 30 breweries, more than 100 taps of craft beer, artisan cocktails and live music throughout the day.

Prepare to sample some of the best local and nationwide seasonal brews and spirits while enjoying the music of Party of Five at the festival. There will be giveaways, party favors, drink specials, artisan crafts and a photo booth, along with yard games and interactive experiences for all to enjoy. Immediately following the brew fest, all attendees will receive access to the night’s concerts, which will run from 7:30 P.M. until 11 P.M. featuring Fly Golden Eagle, Escondido, Alanna Royale and Maradeen.

What’s the background behind this event? How did it get started?
– “The event background is primarily my company’s footprint in the Green Hills space, for the last five years. (We produce the annual New Year’s Eve and St. Patrick’s Day parties in Green Hills at The Greenhouse.) There is a certain age group that attends these events and an even larger demographic that does not attend, as the average age at the NYE and St. Pat’s party is in their early 20s. There’s nothing wrong with that demographic at all, but for Green Hills Brew Fest, our focus was to tap into the neighborhood and community that makes up Green Hills and develop an event that would bring the community together, to steer away from the ‘party’ atmosphere that we’ve created and give the native Green Hills community something that can be their own. The goal is to have two installments per year: A Fall and Spring edition of the festival to tap into the seasonal elements of each.”

This is the inaugural Green Hills Brew Fest. What can attendees expect?
– “Attendees can expect something for everyone. Brew festivals have largely become popular in the Middle Tennessee area and we want to give attendees the ‘big festival’ experience in an intimate setting. We will also have artisan cocktails for guests to sample, as well as full-service bars. If you are tired of sampling super crafty brews from around the country and just want your standard Jack and Coke, you’ll be able to have that in this space. We will be adding a mixture of local food and spirits, as well as local arts and crafts vendors. We are in Music City, so we cannot forget about the music. For the main portion of the 2 P.M. to 7 P.M. brew fest, we will have an ’80s and ’90s Top 40 revival band performing live. This will be sure to cover a large array of genres that people will be sure to enjoy. Live music will make all of the samples and environment that much easier to enjoy.”

The Green Hills Brew Fest is a unique event. How is it different from other beer festivals?
– “This event will be different from other events mainly because of its size and location. We are bringing some big-name breweries to the platform with brew reps to be on site explaining how their beers are made etc., while having this happen in a intimate environment. Beyond that, we are implementing a full-scale concert with nationally recognized talent to follow the brew fest itself, that every attendee gets to be a part of for free. We are also peppering in local spirits and artisan cocktails that will be sampled alongside the brew samples all day, as well as full-service bars. The concert will also be ticketed separately for non brew fest attendees to come and be a part of.”

A variety of craft beer will be on tap. How were the brands selected for the event?
– “The brands that were selected were done collectively with Green Hills Brew Fest staff. The goal is to implement new additions and brands that aren’t necessarily easy to find. We do have some special brews that will be coming to the festival that are not advertised.”

Is there anything else you’d like to add?
– “This is a one-of-a-kind festival and we are really wanting to focus on the community and make this something the neighborhood of Green Hills can make their own. This is something special that one of the oldest neighborhoods in Nashville can now call theirs. It’s a big festival in a small setting. Lots of value and plenty of memories to be made. A full day of sips and sounds.”