Per Matt
Very rarely — if ever — a TV show will arrive at just the right time that speaks to an entire generation. With elements of science fiction, horror, fantasy, mystery, intrigue, drama and even romance, The X-Files sparked a social consciousness that transformed this one-time cult classic into a pop-culture phenomenon. As the franchise moves into the 21st century with the season finale of the limited series airing tonight, we fondly remember the highs and lows of The X-Files.

Back in the day, before cell phones could fit into the palm of your hand, before DVRs and remote-controlled drones were created and long before the Internet changed everyone’s lives, The X-Files premiered on Friday, September 10, 1993, on Fox. Few, if any, gave the series a chance to survive. Hatched by an idea of series Creator Chris Carter, the show would prominently feature government mistrust, conspiracy theories, unexplained phenomena, the paranormal, an alien invasion and even spirituality explored by its characters throughout its nine seasons and 202 episodes, as well as two feature films.

Featuring FBI Special Agents Fox Mulder (a reckless believer in the supernatural) and Dana Scully (a skeptic drawn to hard facts and solid evidence), every week the pair attempts to solve unexplained mysteries, but the franchise’s driving force was the hunt for Mulder’s abducted sister. The TV series carefully balanced its ongoing mythology episodes with its monster-of-the-week format. Along the way, the show’s fans — known as X-Philes — would be divided among the Shippers and the Noromos, often found dissecting entire episodes online within minutes of the show’s original broadcast. It was at this moment when hardcore fans would post their thoughts about the series on various BBS message boards, where the show’s outreach would grow immeasurably. Without those early days of Internet chatter and the help of dial-up modems, the TV show may have been canceled within only a few episodes.

Thankfully, the series would grow in a big way. After three years (arguably its best seasons), the show started receiving the attention of many critics with various awards nominations. By its fourth season, the show would move from the abyss known as Friday night, to the network’s primetime spotlight on Sunday. With that, its ratings went through the roof and its pop-culture cache grew immensely (along with winning multiple Golden Golbe awards during this timeframe). That same season would premiere the characters’ first big-screen adventure, The X-Files: Fight the Future, which was considered a success. As a showrunner, Chris Carter attempted to balance his writing, directing and producing duties for two TV series (The X-Files and Millennium), along with the feature film, stretching himself a little too thin throughout the proces. Many fans hoped to have a film released every other year, while the TV show continued momentum, but its biggest star disagreed. 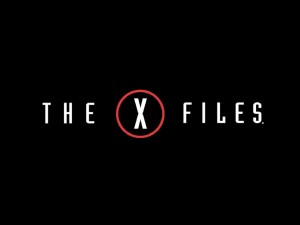 David Duchovny grew tired of the series and as a result, Robert Patrick (as John Doggett) and Annabeth Gish (as Monica Reyes) were introduced as possible replacements for the fan-favorite characters in Season 8, during a time when the TV series considered moving on without its lead characters. Ultimately, Duchovny would leave the show after seven seasons (while Anderson stayed), sporadically making return appearances near its conclusion. With the most popular character written out of the show (abducted by aliens, naturally), the series floundered with the introduction of an alien supersoldier program and Duchovny’s film career was lukewarm, at best. (He would go on to find success with HBO’s Californication.) After nine seasons, the spooky series wrapped up production on May 19, 2002, going out with a wimper, instead of a bang.

By the series’ conclusion, many wondered what future adventures would be explored by its main characters, in the years to come, on the big screen. Sadly, the franchise, which was moving in overdrive for many years, eventually stalling out with the tepid box-office returns of The X-Files: I Want to Believe (its producers now admit the movie would’ve performed better as a Millennium film). Anderson went on to perform onstage in London and later starred in the TV show, Hannibal.

As someone who remembers the Dark Days when there was very little science fiction airing on network TV, that is no longer the case, today. The X-Files would spawn a TON of TV imitators, which never quite recreated the magic from the original show. Chris Carter’s success paved the way for many of the show’s writers and producers. Moving on from The X-Files, Howard Gordon went on to work on Buffy the Vampire Slayer, Strange World, Angel, 24 and Homeland. Kim Manners would go on to executive produce and direct many episodes of Supernatural. The team of Glen Morgan and James Wong would create Space: Above and Beyond and Willard, becoming the showrunners of Millennium and creating the Final Destination movie franchise. Vince Gilligan may have been the most successful, producing and writing many episodes of Breaking Bad and Better Call Saul.

The program’s merchandising and influence in pop culture, (including cosplay creations), helped create Internet sex symbols of its stars. These characters truly defined geek culture. It was now cool to be a geek and a fan of the show. Millennials may not know who Mulder and Scully are, but with the reintroduction of the characters via Netflix, the nostalgia factor is running high with the eight-episode limited series. The X-Philes have returned in droves and can’t get enough of the series. Ratings have been outstanding for Season 10 and FOX network brass have openly discussed expanding the series into next year, one way or another. 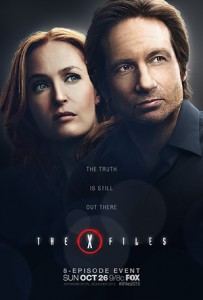 By the time the program returned to FOX’s airwaves, IDW Publishing had already printed 25 episodes of The X-Files: Season 10 (and began production of Season 11) with some supervision by Chris Carter. Soon, Imprint/Macmillan Children’s Publishing Group will release a series of novels following the life-changing adventures of teenagers Mulder and Scully under the title, The X-Files Origins and there’s already chatter of an expanded Season 11 airing on TV next year or possibly moving the franchise back onto the big screen. Hopefully, all of these expanded stories won’t overstep the show’s general interest level. With some luck, the show’s producers will learn from their past mistakes, balancing that fine line between introducing new fans and oversaturation, which was not previously properly handled.

Airing 14 years after the series concluded (for the first time), the episodes have been a mixed bag, so far. In some ways, the limited series feels like fan service. In other ways it feels like the network is cashing in and still others, it feels like an act of desperation by the actors and producers, in hopes of returning to the limelight. As an old-school fan who watched EVERY episode air originally on TV, later rewatching them via VHS videotapes and endless reruns on TV (but never purchasing the DVD sets), I only want the series to be relevant again. Watching old episodes can be difficult, at times, since the technology of that era (and standard definition quality) are sometimes tough to stomach, but that didn’t prevent the groundbreaking stories from being compelling, years later, often better than many current TV shows and movies that have tried to copy its format. Should the series continue on the small screen, hopefully Carter will allow the storytelling format to be updated to today’s standard (and leave his 1993 tendencies in the past).

All is great, again, for X-Philes and it almost feels like 1993 all over again. So, now that The X-Files have officially made a comeback, isn’t it about time to get Back to Frank Black?