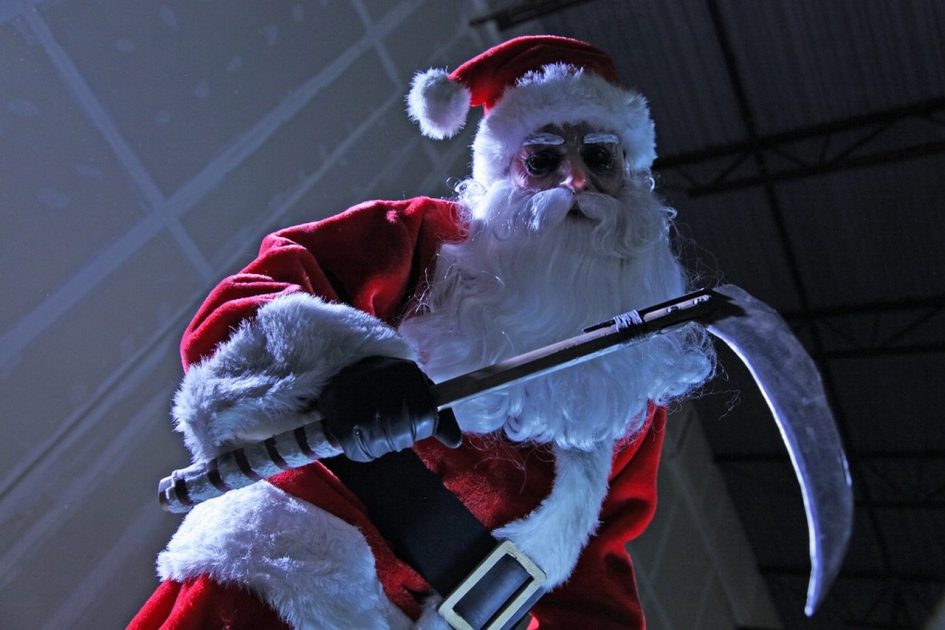 Every December, television is awash with saccharine and joyous Christmas-themed entertainment, which is sometimes perfectly fine. But sometimes you just want to revel in darkness and despair, even during the most wonderful time of the year.

With that in mind, here are my picks for the Top 12 Anti-Christmas Christmas Movies.

Released just last year, I’ll have to be straightforward here. I haven’t actually seen Krampus yet. However, I can tell you that it is about a demon that is stalking a family that finds itself unable to get into the spirit of Christmas. The film features an all-star cast and is directed by Michael Dougherty, who was responsible for one of my favorite Halloween films: Trick ‘r Treat.

Oh, had you forgotten that Lethal Weapon was a Christmas film? It was written by Shane Black, after all. Often overshadowed this time of year by another more bombastic action film (later on this list, I promise), Lethal Weapon doesn’t make much use of its Christmastime setting, thus its low placement on the list. That doesn’t stop it from being a sobering look at suicidal thoughts, while simultaneously being a rousing action flick for the holidays.

10. The Nightmare Before Christmas

Nightmare is another film that finds itself low on the list, due to a technicality. This is a film that is just as concerned with praising Christmas as it is with tearing it down. Perfect to be watched on Halloween or Christmas, the ghoulish imagery alone is enough to shake the joy out of your stocking.

Garbage day! Glorious schlocky low-budget garbage! A sequel that is made up primarily of footage of the previous movie is always a winner. It’s like having a crappy movie re-gifted to you. Years after his brother went crazy on Christmas, Ricky follows in the demented footsteps of his family, culminating in a practically apathetic killing spree that has to be seen to be believed.

Attack of the mutant killer snowman. This sentence should tell you everything you need to know about this movie. It should also let you know that this is not the Michael Keaton family film. Settle in for an absurd and violent B-level romp.

A late ’90s Tarantino-esque film, Go follows several characters over the course of a single, hectic night at Christmas. Ruthless drug-dealers, hit-and-run accidents, infidelity and murder collide from multiple perspectives. Unfortunately forgotten during the turn of the century, Go is a terrific amount of fun with a great cast.

Another B-level horror flick here, but this time with a surprisingly A-list cast (even if most of them are glorified cameos). After centuries of being nice, the demon Santa Claus is freed from a bet and goes back to making Christmas a “Day of Slaying.” Dark humor permeates this film, which is honestly far better than it has any right to be. And did I mention that wrestler Bill Goldberg plays Santa? That should be enough to get you a ticket right there.

The most mean-spirited of all adaptations of A Christmas Carol, Bill Murray is at his smarmy best. A sleazy ’80s TV executive (was there any other kind in the ’80s?) has the reason for the season relentlessly beaten into him via some very hyperactive ghosts. Putting the story in a modern context really emphasizes just how dark Dickens’ original tale is.

One of the progenitors of the slasher genre, the director of Black Christmas would go on to make another holiday classic with A Christmas Story. But, and don’t you go telling my mom I said it, this one is better. I’d much rather watch hapless sorority sisters get mutilated over seeing some rosy-cheeked kid pine over a BB gun any day of the year. I’ll let you guess which one happens in this one.

Probably the raunchiest film on this list, I’ll have to admit, I’m not the biggest fan of Bad Santa. But you know what I am a big fan of? Taking the piss out of what is supposed to be a happy, fun time of the year. And ho-ly shit does this movie deliver on that front. Billy Bob Thornton gives a great performance as a hard drinking, hard partying slime-ball who could not care less that Christmastime is for spreading joy. He’d rather be spreading some legs.

What? Only at No. 2? I swear I have a good reason! Die Hard is pretty much a perfect action film. It is perfectly paced, makes great use of the actors and the setting and is just a rousing good time. When you watch Die Hard, you know what you are getting, every time. Which is why my No. 1 pick is…

Die Hard is a better movie. No question. So, why is Gremlins the No. 1 Anti-Christmas Christmas Movie of all time? Because this is a movie that is supposed to be for kids. Murder. Mayhem. Talk of suicide. Oh sure, the poster makes it look like a happy, fun time for your kids, but you better hope they already know the truth about Santa, because if they don’t, Gremlins makes damn sure that they learn.