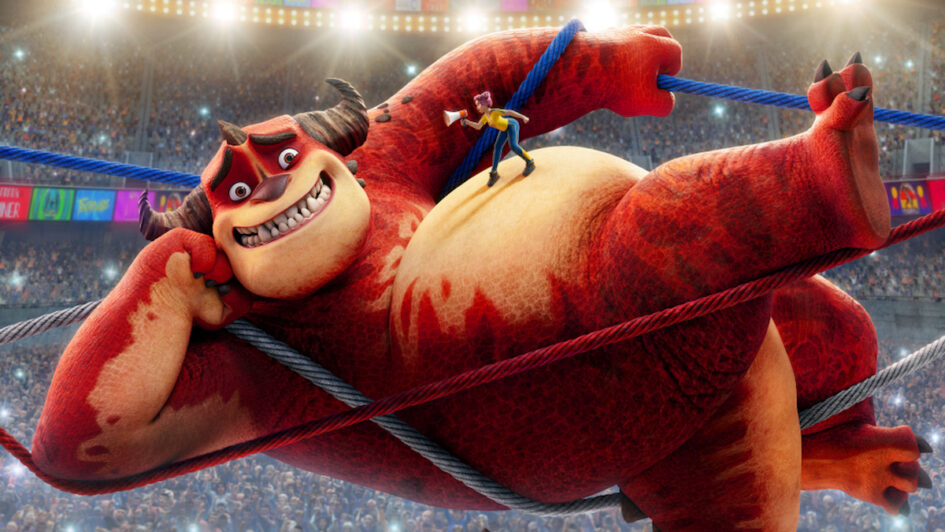 I am a fan of professional wrestling. There is very little that I do not love about sports entertainment. And why would I? It has violence, freaks of nature, pageantry and colorful characters that are over the top, but still relatable.

As a kid, I was a Hulkamaniac. I would train, say my prayers and eat my vitamins. Then on weekends, I would watch Hulk Hogan, Andre the Giant, Ric Flair, Sting and countless other giants brawl for it all. While the product has changed and the Internet has let us know that our favorite stars may not have been so great in real life, it still holds a place in my heart.

WWE has been the company behind these childhood memories. Vince McMahon took the best of all the regional territories and created a wrestling juggernaut. For over 40 years, the WWE was the main goal for professional wrestlers. While there were times the company was not on top of the business, it outlasted all the competition and currently has the lion’s share of the audience. Even with the 2022 retirement and scandal around Vince, the company has thrived.

In the 1999 documentary, Beyond the Mat, director Barry Blaustein interviewed Vince McMahon, in which the CEO stated he didn’t make wrestling shows: he made movies. Just three years later, WWE Studios was created an extension of the wrestling promotion. It’s used as yet another way for the company to market its performers. Films such as The Rundown, See No Evil and The Marine were pretty successful for the brand, strengthening the grip of WWE on the world of entertainment.

Rumble is the latest film from WWE Studios. Created in partnership with Paramount Pictures, Rumble takes place in a world where monsters and man co-exist.

The town of Stoker is fully behind their homegrown hero, a giant named Tentacular (Terry Crews). But after he wins the monster heavyweight championship, Tentacular turns his back on the people of Stoker, looking to make a name for himself outside of the small town. Without a monster to justify their stadium, the townsfolk find themselves on the brink of losing the arena and the revenue it generates.

With time running out, Winnie Coyle (Geraldine Viswanathan), daughter of the most revered coach in Stoker history, ventures to an underground fighting circuit where she meets Rayburn Jr. (Will Arnett), the son of the famous late champion. Without any other options, Winnie has her work cut out for her to train and motivate Rayburn Jr. to save Stoker. 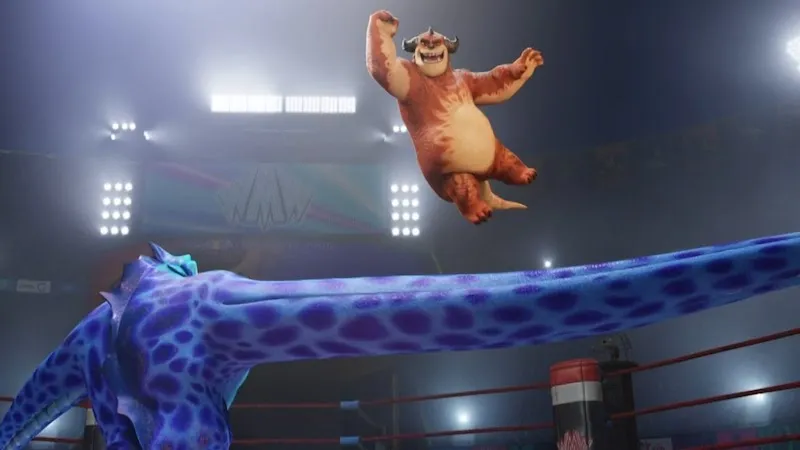 For a film made by a wrestling promotion, there was very little wrestler involvement in Rumble. In looking over the cast list, the only superstars appear to be Roman Reigns and Becky Lynch. Their characters are not very memorable. Not saying this is a bad thing, but it was actually the first thing that jumped out to me. But the great Michael Buffer lent his voice as the ring announcer for Stoker, which brought back tons of memories from watching wrestling in the late ’90s.

Rumble’s story is simple. The plot is not deep. And the characters are… well, decent. That’s all I can say about this film. When I first saw the trailer and heard the premise, I was genuinely excited. Giant monsters fighting like pro wrestlers sounds amazing. But Rumble turned out to be your standard cookie-cutter kiddie film, offering nothing interesting beyond its framework. Even my 7-year-old daughter grew bored of it quickly, picking up her tablet and asking when we could go see a good movie.

Rumble earns two out of five stars from me. Had the movie actually played out more like a Rocky-esque film, it would have been more fun. But Rumble just turns out to be a spectacularly average kid film. It doesn’t fail at anything — it just doesn’t excel. And with a company behind it whose entire business model is based on wrestling, Rumble doesn’t even come close to being a competitor.