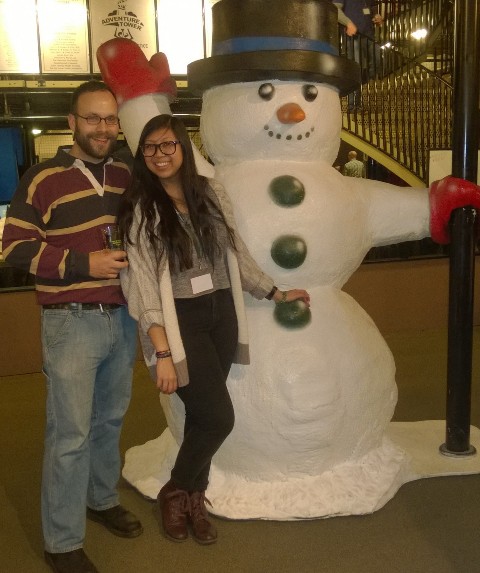 Per Matt
Learning has never been more fun (or tasty) than at the Science of Beer event!

Sponsored by Nashville’s Adventure Science Center, more than 75 craft beers were present, along with many related learning activities at this annual fundraiser for the museum. Being an avid craft-beer fanatic, I focused a lot of time talking to the various brewery representatives (along with sipping their excellent selection of microbrewed goodness).

And don’t forget the liquid-nitrogen beer ice cream! This year’s flavor was created by Turtle Anarchy. Sadly, I missed out on this treat for the second year in a row. Supplies don’t last forever, when you’re dealing with more than 800 beer fans!

Breweries in attendance ranged from local favorites to regional and even nationwide selections. The first floor of the museum spotlighted Tennessee and other regional breweries, while the upstairs area hosted Midwest, Southern, East Coast and West Coast brewers. Last year, I made the mistake of spending too much time chatting with local brewery representatives and missed out on many great out-of-town beers. I made sure not to make the same mistake twice! 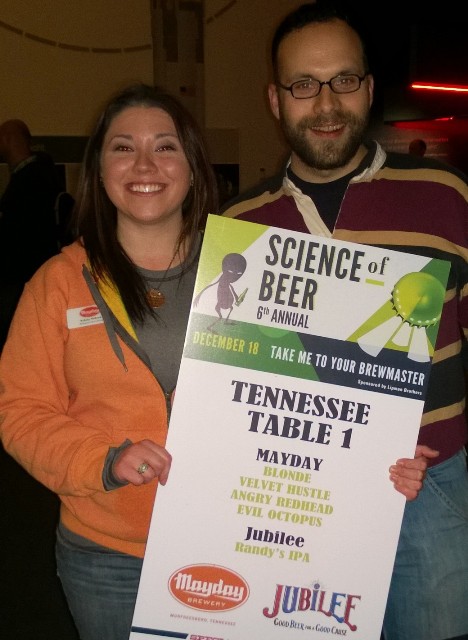 Great craft beers were provided by Mayday Brewery, Left Hand Brewing, Rogue Ales and Atwater Brewing, to name a few. In fact, I was especially impressed with Erie Brewing Company’s Derailed Black Cherry Ale, as well as their Johnny Rails Pumpkin Ale. I’ll definitely be on the lookout for more of their beers in the future.

While I missed out on the beer trivia, drinking games and science-related activities, I made some new friends and learned about a few new breweries throughout the evening.

A large contingent of beer fans joined me during this annual fundraiser, one which has quickly become the highlight of my year. Somehow, the Adventure Science Center continues to throw bigger and better events each year. I can’t wait to see what 2015 will bring!