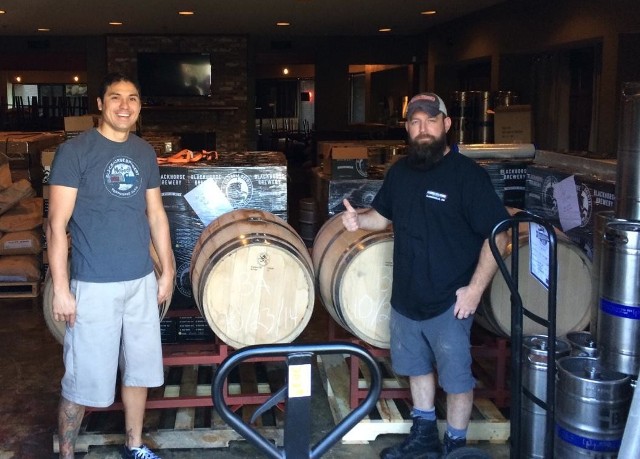 Per Matt
The Blackhorse Pub & Brewery has become a Tennessee tradition for many, brewing handcrafted Tennessee Ales and providing gourmet food to customers for many years. Personally, I’ve enjoyed eating and drinking at Blackhorse for a long time. In fact, I can still remember visiting Blackhorse for the very first time. It was the first microbrewery I’d ever visited and was where I tasted my first great craft beer. Since then, Blackhorse has expanded into a second location — now with restaurants in Clarksville and Knoxville — and continues to grow.

Not long ago, I spoke with Head Brewer Steve Mc Endree to discuss Blackhorse’s barrel-aging program, to reveal their seasonal beers and to preview the brewery’s plans to can their beers in the very near future.

How long have you worked at Blackhorse?
– “I’ve been here about 17 years, brewing delicious beer.”

Were you one of original Blackhorse employees?
– “No. In ’92 they had The Pub and then they tore the walls out on one end and put the brewing equipment in. They started brewing beer in ’95 and I started working here in ’96. I was a bartender/server/brewer’s assistant, so I cleaned vessels and did all the dirty work for a long time. And then, in 2000, I took over as head brewer and I’ve been here ever since.”

Please tell me how you got into the beer industry.
– “I’ve always liked beer. I’ve always enjoyed beer. I was a military brat and I grew up in Europe. I probably started drinking good German beer when I was 14 or 15 years old. I remember my first Hefeweizen and fell in love.”

“When I was in the Army, I did a little tinkering with homebrewing. Then I got out of the military and moved here, to Clarksville, and got an opportunity to clean vessels, get cold and dirty… I don’t know who’d really want to do that, but I fell in love with it.”

What were some of your first homebrew experiments?
– “It was mostly hooch. You know, it was mostly fruit from the Mess Hall. We really weren’t supposed to be doing it, but it was done tongue in cheek. We made a little bit and shared it with everybody.” 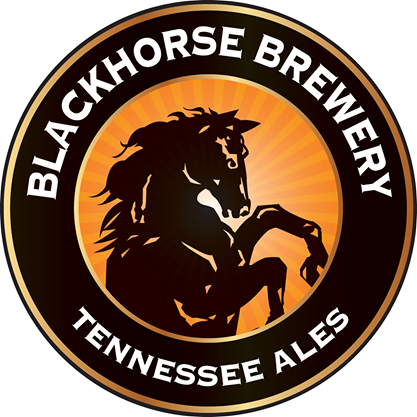 Which Blackhorse location was built first: Clarksville or Knoxville?
– “Clarksville was first. In ’92 it was The Pub, then in ’95 the brewhouse came in and brewed beer for a long time. Knoxville is our second location. That place is doing really well. We’re doing a lot of distributing down there and our bottling equipment’s down there. It’s been a great complement to this restaurant and vice versa.”

For the longest time, Blackhorse was the only place to get craft beer in Clarksville.
– “We’ve been the beer ambassadors in Clarksville for a very long time. I remember when we first started, McGee’s Pale Ale was a different type of beer than what everyone’s had. It was different than Budweiser. I watched people gradually grow into liking the Pale Ale and the Stout. They’re so popular now… we’ve been here, for Clarksville, to try something different, try something with a little flavor, broaden your horizons a little bit… It’s worked out. They’ve accepted us with open arms.”

What’s your best-selling beer?
– “Our Barnstormer Red. That’s our flagship ale. It’s an Irish red with caramel malt. That’s our bestseller, but some of our other beers in the past are slowly creeping up there: Our Pale Ale, Stout and Vanilla Cream Ale are pretty popular, too.”

How would you describe Coalminer’s Stout to someone who hasn’t tried it before?
– “I fell in love with stouts, years ago. I really enjoy our Stout. It’s kind of an acquired taste, if you haven’t had a stout or a dark beer before. If you love coffee and you love chocolate, you’ll love a good stout. There’s something about the texture, from the nitrogen that gives it a nice, creamy, delicious, chocolate, coffee taste. Then you can mix it with the Vanilla Cream Ale and it’s our version of the Black and Tan.”

Can you tell me a little about your seasonal beers?
– “Our current seasonal, right now, is War Horse. It’s a high-gravity Scottish Ale. It’s about 10.5 percent alcohol. We serve it in a snifter. It’s quite delicious, especially on a cold winter night, sitting around the fire, sipping on some War Horse.”

“And then we have the high-gravity apple cider. It’s going over great. Last year was the first time we’d ever done a hard cider. It’s a lot of work, but a lot of people like it and keep coming back, asking for more. This is our second batch that we’ve done, and then we’ve got a second version of that. It’s got 15 percent alcohol and it’s aging in brand new white oak barrels. I’m going to do some tasting at the end of this month. Since they are brand new oak barrels, they probably won’t need to sit in there too long before they get too oaky. So, we’ll probably pull them out and put them on tap in January.” 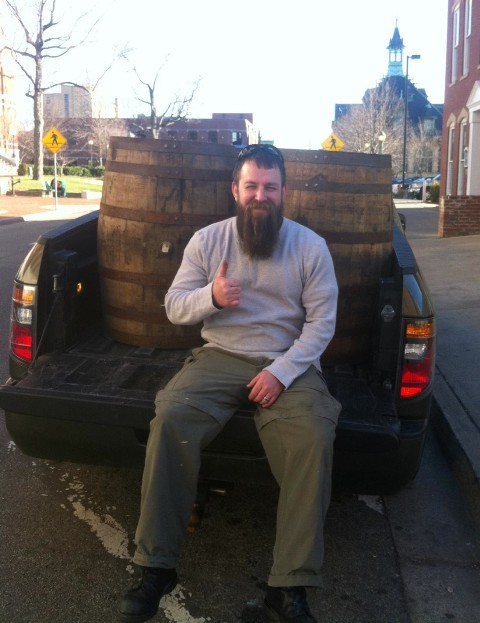 “Ultimately, we’re going to put in another tap, so we’ll have three seasonals at one time. For years, we only had one seasonal, but now we’re at the point for three seasonals on tap.”

What kind of beer trends are you noticing?
– “I think the sours are really coming back. Last year, I thought they were really peaking, but they’re just growing. They’re becoming the next IPA.”

It seems like microbrewers fight a never-ending battle against the larger breweries.
– “American brewers are kicking butt right now. Everyone keeps saying, ‘When’s the bubble going to pop?’ I don’t see it stopping. As long as there’s breweries making good beer and maybe serving good food at a brewpub, having four or five in a town is not a big deal.”

Please tell me a little about your barrel-aging program.
– “Last year, we started barrel-aging some of our beers. We bought a bunch of Maker’s Mark whiskey barrels and Buffalo Trace barrels. We started off by putting our high-gravity Scottish Ale, War Horse, in there. That came out good, so we tried some sour beers. We tried a Flemish sour and that came out great. We did some ciders and everything was awesome, so we’re going to do it again. This is our second year of doing it. We’ve already got some Flemish sour barrels filled in our warehouse and we’re going to keep expanding the program. The owner said he was going to buy some more barrels, so that gives me a thumbs up to fill them up. It’s a lot of work, but it’s well worth it.”

What will 2015 bring for Blackhorse?
– “We are currently bottling all of our beers. We’re distributing in 22 ounce bombers. In January, we are going to can some of our beers and we’re going to expand on the barrel-aging program. I’ve got a couple of unique fermenting practices that we’re going to think about trying: Some wild brews that Mother Nature will be fermenting. I think that’s it. We’re going to continue to innovate and produce quality beers.”