Season 2 of Luke Cage is One Step Forward, Two Steps Back 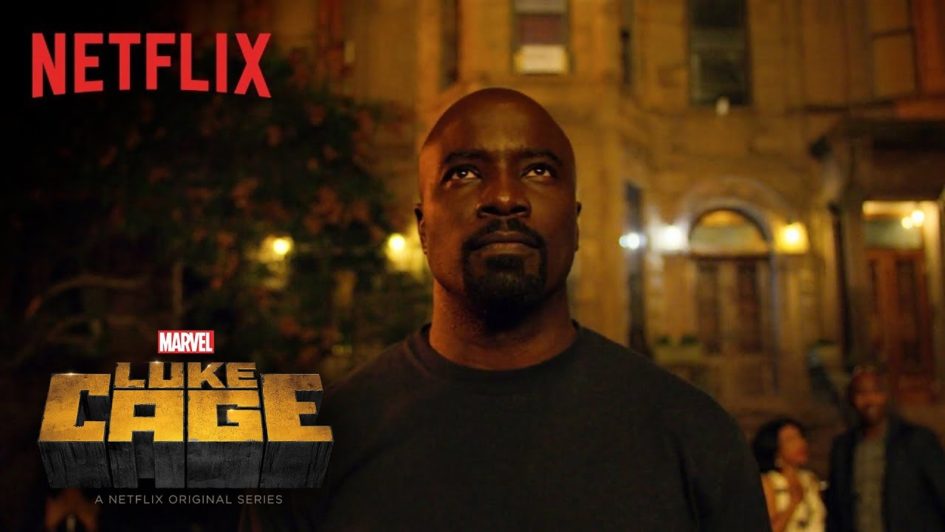 There’s a lot about Season 2 of Luke Cage that’s good. All the returning actors play their characters well. Visually, the show looks good. You’ll hear some great music and performances, just like last season. Most importantly, there’s a great new villain this season.

However, as someone who collects old Power Man and Iron Fist comics — and has liked the characters in the comics for some time — I can’t recommend Luke Cage Season 2 for fans like me. After two seasons of 13 episodes each (that’s almost 26 hours of television!), we should’ve seen the creation of Heroes for Hire by now. This isn’t even counting all the related episodes in other Marvel Netflix shows. The fact that we probably aren’t going to get a Season 2 of the ill-received The Defenders, has me perplexed as to why the creators haven’t seized upon this obvious vehicle for another team-up season.

Yes, steps are taken toward Heroes for Hire… but with this show, it’s one step forward, two steps back.

There is a fantastic episode about halfway through the season when “Piranha” Jones is on the run from some gangsters and says that he’ll hire Luke Cage to protect him. Luke Cage is pretty great at the job, too. The seed is planted. Another character even mentions hiring him in a similar fashion later on in the season. But no further steps are taken and our hero has take on an entirely different line of work by the end of the season. Two steps back.

I almost wanted to yell at the screen, because the entire season Luke is hanging out in the unused barber shop, trying to figure out what to do with the place, now that Pop isn’t around anymore, when an obvious solution is apparent to the viewer.

Funny enough, I recently had a revelation for another use of Pop’s Barber Shop. It comes from the old profession of barber surgeons and that Claire Temple (Luke’s girlfriend) is the Night Nurse in Marvel Comics; a creative solution the showrunners could have adopted would be for Luke to hire a new barber for the front of the shop and have Claire set up her secret practice of treating vigilantes and such in the back. After all, heroes like Daredevil and Iron Fist aren’t as impervious as Luke Cage.

Unfortunately, three episodes in, the showrunners chose to manufacture a stupid argument between the two that I saw a mile off; just so they could ship her character off for the rest of the season. I knew the two had to breakup eventually, because Luke Cage ends up with Jessica Jones in current comics and the two have a child together. But Krysten Ritter’s character doesn’t even make a cameo by the end of the season. Not even a mention of her. Two steps back.

Come to think of it, this season seemed pretty stingy about their crossover cameos. Daredevil and Jessica Jones don’t show up at all. Claire is missing for most of the season. Karen Page is mentioned once, but not seen. “Foggy” Nelson shows up in one episode. Colleen Wing only shows up for a bit at the beginning to help Misty Knight with her rehab. The two make a great team and this season could have at least shown the two forming their own detective agency together and also become the “Daughters of the Dragon” crime-fighting team, like in the comics. It’s even more frustrating because Misty goes back to work for the NYPD, even though she had an out, and now we viewers have to watch her navigate boring police politics… as if we haven’t seen this done before, and done better, on a dozen other police dramas.

But this show is most stingy with the appearance of Iron Fist. After Danny Rand is mentioned all season, we have to wait until episode 10 for the two to team up.

Now, don’t get me wrong, the way that Finn Jones plays Danny Rand when he’s on his own is awful. His portrayal is completely different than the upbeat character in the comics (I would know, I have quite the collection). I might even excuse the annoying spoiled-rich-kid persona if the actor were a good martial artist. But the fact that he wears a hoodie during any complex fight scene so that his stunt double can take over for him is ridiculous. Finn Jones needs a martial arts trainer the way that Alden Ehrenreich needed that acting coach on the set of Solo: A Star Wars Story.

That being said, Finn Jones is great when he’s part of a team. Everyone agrees that the best thing about Season 1 of Iron Fist was Colleen Wing. The best scenes were when the two of them were interacting. Iron Fist is even better when paired with Luke Cage. Their banter is enjoyable and when they fight together, they’re unstoppable. The boardroom fight in The Defenders is a prime example.

It’s great to see Power Man and Iron Fist together again in Luke Cage Season 2, but we fans need to see more. Danny seems a lot more lighthearted when he’s around Luke. Danny can contribute an enlightened perspective to Luke’s problems and Luke gives streetwise advice to Danny. The duo are also fantastic at fighting bad guys together. They even have a cool combo move they pull off together! We need more of this. Danny also helps Luke with some fight training for the next time that Luke faces the villain, Bushmaster. Not having Iron Fist show up earlier and not keeping him around longer on the show is inconceivable.

I wish that instead of Season 2 of Iron Fist, we were getting Power Man and Iron Fist. But it doesn’t look like that’ll happen, judging by the season description and the recent trailer:

If Iron Fist had showed up earlier, Luke Cage might not have lost so many fights against Bushmaster.

It’s great to watch a villain who can go toe-to-toe with Luke Cage. Bushmaster also has his own unique way of stopping bullets, which is both cool and horrifying. I like how this version of the character is more grounded in reality, but I eventually got sick of the continued references to the nightshade plant. I would have preferred to see other non-magical uses of voodoo (besides the use of nightshade), whether that was employing other herbs or powders or the use of psychological warfare. The juxtaposition of Jamaican vs. African American gangsters also made for an intriguing dynamic and revealed a cultural feud I knew little about. I even learned some more about Jamaican history in the process. But most importantly, we have a strong and charismatic villain for the entirety of this season. Most everyone you ask will tell you that they stopped watching Season 1 of Luke Cage after Cottonmouth was killed. I don’t blame them. But you won’t have that problem this time.

The show does still suffer from pacing problems and it’s still a bloated 13-episode season, when it should be 10. It also has a lot of musical performances that make you wonder if you’re watching a recording of a private concert. This, where the character ends the season, and contriving an anger issue for our hero — coupled with his statement like being “the new sheriff in town” — makes this season of Luke Cage feel like a combination of Deadwood (HBO) meets Power (Starz).

Now, as a blues dancer, I enjoyed musical renditions like Christone “Kingfish” Ingram’s cover of B.B. King’s “The Thrill is Gone” and Gary Clark Jr.’s “Bright Lights.” However, some of the performances at Harlem’s Paradise in the show — like the rap or reggae numbers — can really feel like they’re adding to the show’s runtime. It’s one thing when Luke Cage is listening to his earbuds while beatin’ up bad guys or when the villains are scheming, while a band plays in the background, but when everyone’s just standing around watching the band, watching the show can feel a little slow, if it’s not your jam.

There’s plenty of other things and subplots that slow the show down, too, but you’ll know ’em when you see ’em.

All in all, if you like a superhero drama that feels real, then by all means, continue watching Luke Cage with Season 2. If you’re looking for action, then have that second screen handy when those dramatic subplots eat up the runtime. If you’re a fan of Luke Cage and Danny Rand in the comics, like me, then maybe only watch episode 10. I can’t continue to champion a show that’s one step forward, two steps back; and doesn’t actively lead toward the permanent team-up of Power Man and Iron Fist.