The Gorgeous Ladies of Wrestling are Back for Round Two 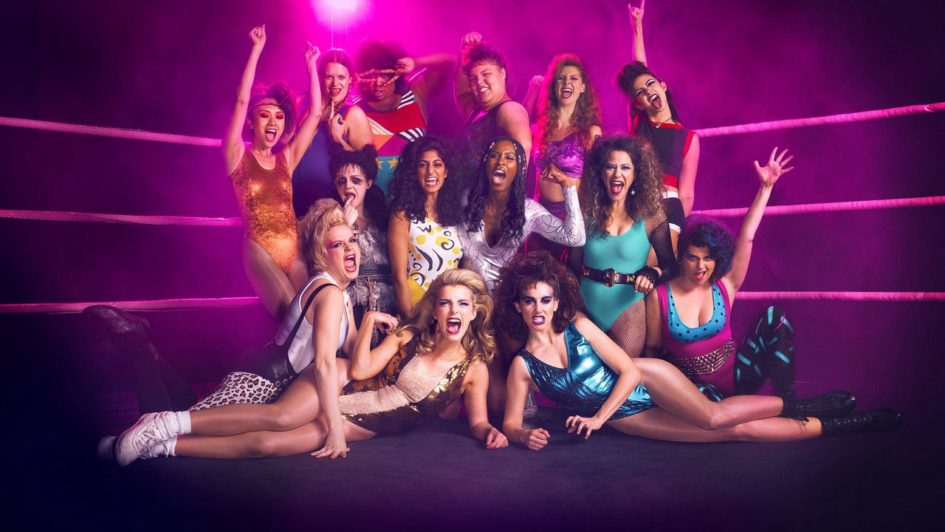 If you haven’t seen GLOW, what are you waiting for? GLOW is the binge of the summer. It’s got nostalgia, romance, crazy costumes, fun storylines and female wrestling. Season 2 starts off at the beginning of the show’s second season. The Gorgeous Ladies of Wrestling are back for the summer and have been given a full season for their TV show. The show is a cross between a guilty pleasure and a showcase for stories about real women. They aren’t ultra feminists, they aren’t just pretty faces, but the characters, like real women, are somewhere in between. They have their winning moments and they have their moments when they could have made better choices. It’s refreshing to see women who aren’t playing archetypes of what how society sees women. It’s pretty amazing that this comes from a show about women who wrestle in skimpy outfits.

This season, we get to know our heroines a little better. Welfare Queen (Kia Stevens) has a son at Stanford she is hiding her work from, Liberty Bell (Betty Gilpin) is doing her best to move on from her ex and everyone’s favorite coke-addled director (Marc Maron) softens up as he becomes more involved in his daughter’s (Britt Baron) life. Zoya the Destroyer (Alison Brie) continues to be the lens through which we see most of the story and her quirky upbeat personality is tough to resist. Meanwhile, the actual show, GLOW, that our characters are working on, still manages to give you all the hilarious moments. Moments that have gotten far more ridiculous than last season. The series is just that… a series. The show doesn’t make the mistake of tying to be one long split-up movie. Sometimes the episode will focus more on comedy, sometimes drama, occasionally romance and that keeps you wanting to watch just one more episode. It never gets tiring or boring, because each episode has its own story it’s telling.

GLOW shows you what it feels like to be a creative person just on the outside of fulfilling your dreams. In the show, every win is earned and much like real life, no one really gets everything they want. There is a feeling the characters are spinning their wheels and getting nowhere, but creating some amazing memories while standing in place. We all know the show will never be what the characters hope it will be, and we also know that none of the characters will ever achieve any notoriety beyond this cult show, so the show is all about the family the band of misfits create together.

Yes, GLOW has its wonderful heart-touching moments, but it’s also a neon-soaked retelling of a piece of history. So, if you weren’t sure, I’m suggesting you binge this one as soon as possible. You don’t have to be a wrestling fan — I’m certainly not — in order to enjoy the show. A love of ’80s fashion and music might not hurt, though. I give the series five stars for its artful, soulful depiction of women reaching for their dreams.

All episodes of GLOW are now available for streaming on Netflix.