Six Obscure and Absurd Spider-Men in the Spider-Verse 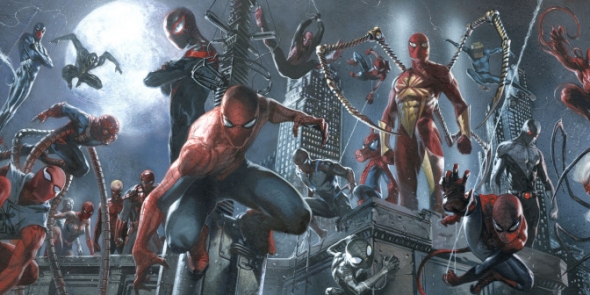 Marvel has been exploring every (and I mean, EVERY) single interpretation of Spider-Man in their current “Edge of the Spider-Verse” storyline. The original comic book Spider-Man, Peter Parker, teams with the Miles Morales, the current Spider-Man of the Marvel Ultimate Universe and dozens of other Spiders against a dimension-spanning threat. The Spider-Army ranges from absurd to obscure.

Here’s a look at six of these alternate Spider-Men.

In the late ’70s and early ’80s, Hostess cakes, the company behind Twinkies, Ho Hos, and a bunch of other snack cakes decided to run a series of one-page ads in comics featuring popular superheroes of the day. The ads were corny and silly. Alas, this will be the last Twinkie this Spidey will ever enjoy. 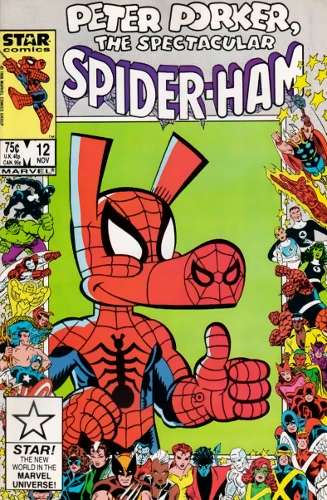 (Sings) Spider-Pig, Spider-Pig… the star of Marvel’s Star Comics line, a children’s line of G-rated comics makes it to prime time as part of the Spider-Army. He’s as close to a walking cartoon as you can get in a comic-book world. 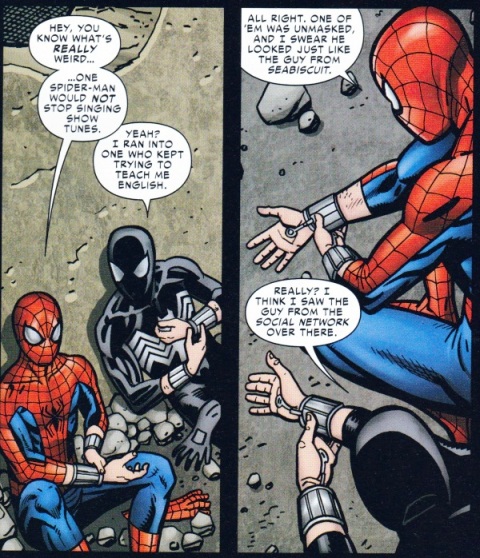 Even the Spidey of Broadway makes a small cameo, by means of a conversation between Peter Parker and Miles Morales. (Honorable mention: Electric Company Spider-Man, and motion picture Spidey’s Tobey Maguire and Andrew Garfield.) 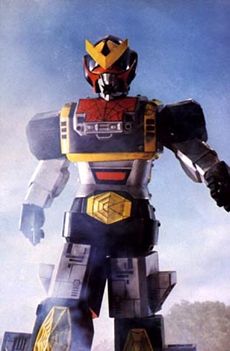 Motorcycle racer Takuya Yamashiro fights giant monsters in his leopard headed spaceship that transforms into giant robot Leopardon. The prior sentence consists of a everything an 9-year-old boy in 1979 would define as awesome. Marvel has the TV episodes online too. 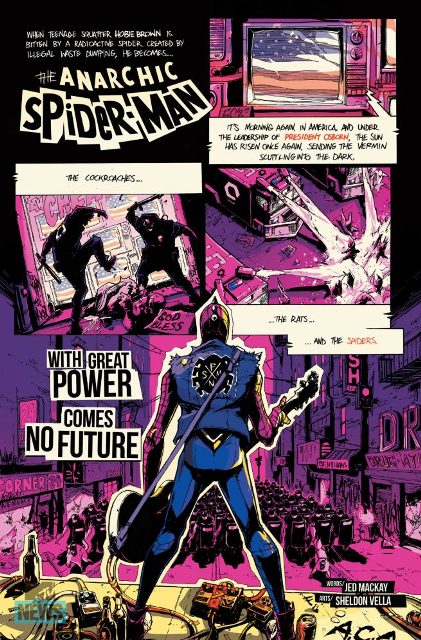 Bitten by a radioactive spider created by illegal waste dumping comes Hobie Brown, the Anarchic Spider-Man. Mohawk-chain, leather brigade and guitar. He breaks all the f’ing rules, goes to hell with Superman and dies like a champion. Yeah, hey! 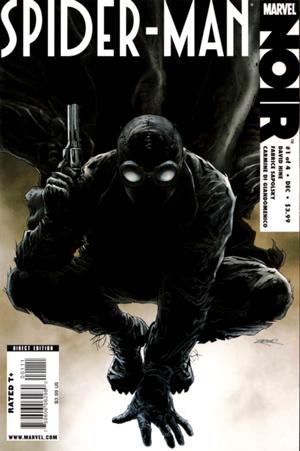 One of the more stylish and original takes on Spider-Man, the 1930s Noir Spider-Man is based on Uncle Ben’s World War I era airman uniform. He’s a shadow-crawling, pistol-packing vigilante in the grittiest sense. Noir Spidey also made an appearance in the Spider-Man Shattered Dimensions 2010 video game.