Split: A Movie With Personality 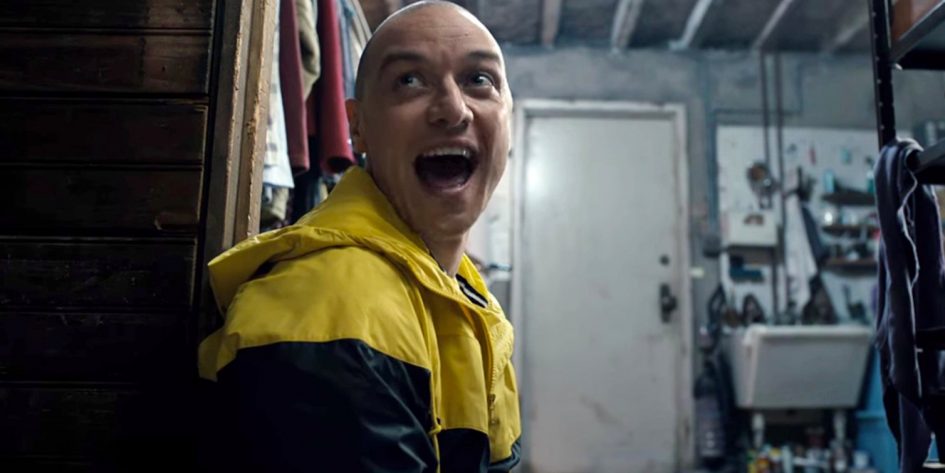 How do I review a film where the main points are a secret? It’s hard, because the nuances of this film lie in the amazing twist that will have fans craving for more… but that’s for another article. For now, I’ll stick to what I can tell you about Split.

The movie begins with three classmates being abducted and locked up. They slowly learn that their abductor is just one of several personalities, all residing in the same person. They are told they are special food for a new personality that is coming, called the beast.

Though most might not notice it, Split is a very different kind of film for M. Night Shyamalan. His films focus on family and the strength his characters gain from the love they get in the family unit. Think about it. Every film he has made, in some way, explores that dynamic. Husband, wife… parent and child, each of his films look deeply into the love we have for those people most sacred to us and how that love shapes our realities. (Sometimes they are good realities, sometimes bad realities… but the characters are always defined by these dynamics.) Split is the exact opposite. What does someone become when that beautiful light of love never hits their face? When the loneliness is so absolute, what happens to these people? I realize many people did not catch this concept at all. Mistaking the film for saying those who have suffered are somehow more than those who have not. Repeating in their minds the words of our bad guy. Of course he is a confused bad guy, the reality is M. Night is saying those who are abused often become abusers… monsters, just as those who abused them were. The parallel is very easy to see for those who take a moment to think about it. Sure, it’s an interesting thriller to watch, but it’s also an extreme commentary on child abuse.

I realize M. Night Shyamalan has struggled since The Sixth Sense with the inability to focus more on the story and less on the relationships within the story. I think I can safely say he is finally back, though, and audiences will once again fall in love with his tense trick-ending style. Casting was perfect, with James McAvoy giving what is so far, hands down, the performance of his career. I really wish there had been more time given for us to explore more of the personalities. McAvoy was so on point with his performance, at one point he plays one of the personalities acting like another personality. Anya Taylor-Joy, better known from The Witch, plays a wounded warrior, working through her own issues. Taylor-Joy’s large, round eyes make her look as if she is both frightened and can’t quite believe what is happening to her at the same time. Her character has already been through the worst and has this air about her, during the film, that tells the audience: Same crap, different day; I’ll get out of this just like I always do… battered, but still breathing. Betty Buckley plays Dr. Fletcher, a kindly lady who considers McAvoy’s various personalities to be family. Dr. Fletcher’s main role in the film is to explain what is happening to the audience and to show a softer, more innocent side to our confused villain.

Split isn’t the first and I’m sure it wont be the last film to use mental illness, childhood trauma or even dissociative identity disorder, but I can say it might be one of the best performances and ambitious films depicting mental illness I’ve seen in years. I give the film 5 out of 5 stars.

Split is currently in theaters please check your local listings. (For those of you who would like to discuss the twist at the end, I’ll link a second article I’m writing about that from my personal blog here, later this week)