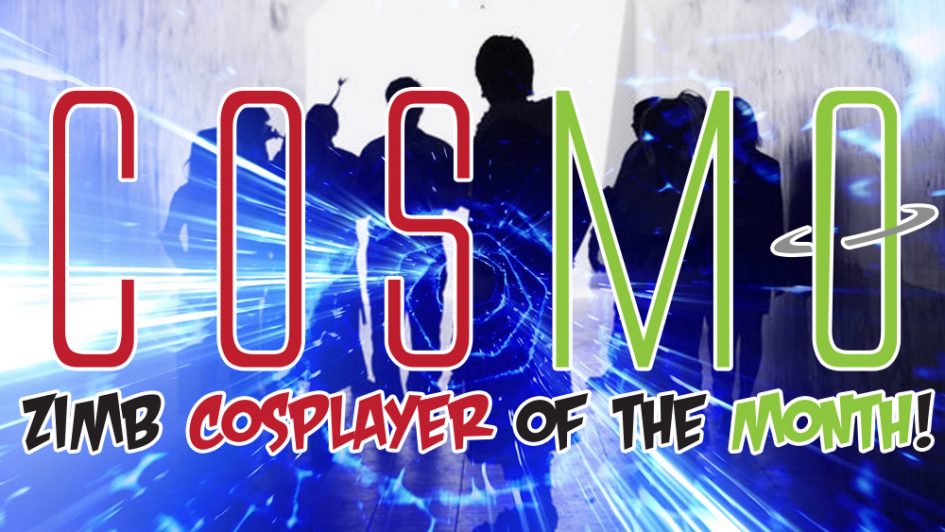 If you’re a cosplayer with unique costumes and you can offer something original, unlike anybody else, we’d like to interview you!

Here, at Zombies In My Blog, we’re big fans of cosplayers. In fact, when we began our Cosplayer of the Month column, we had no idea how many people we would interview, let alone we had no idea we’d keep the interviews going continuously for more than a year. Since then, the column temporarily went into hiatus status, but now we’re bringing it back!

From Nashville’s Middle Tennessee Anime Convention, Geek Media Expo and Hypericon, to Birmingham’s Alabama Phoenix Festival, to Lexington’s ScareFest and Comic & Toy Convention, to Atlanta’s MomoCon and Dragon Con, to the Memphis Comic and Fantasy Convention, to Orlando’s MegaCon, to multiple Walker Stalker Cons, to multiple Wizard Worlds, to the San Diego Comic-Con International and many cities in between, we’ve visited many conventions and live events and spoken with many great cosplayers throughout the years.

We would like to help promote your cosplay creations and learn about your craft. If you’re a fan of anime, animation, art, science fiction, fantasy, horror, comic books, comedy, literature, monsters, movies, TV shows, superheroes, technology, video games, board games, pop culture, Geek Culture, Zombies, genre mash-ups and basically anything else, we’d like to hear from you!

In the past, we have done interviews via email and video recordings. We’re happy to choose either format that is more convenient for you.

Please leave us a message on our Facebook page with your contact information and we’ll do our best to get back to you quickly and post our interview.

Past Cosplayers of the Month include:

We would like to promote your cosplay creations! We look forward to hearing from you! Keep up the good work!