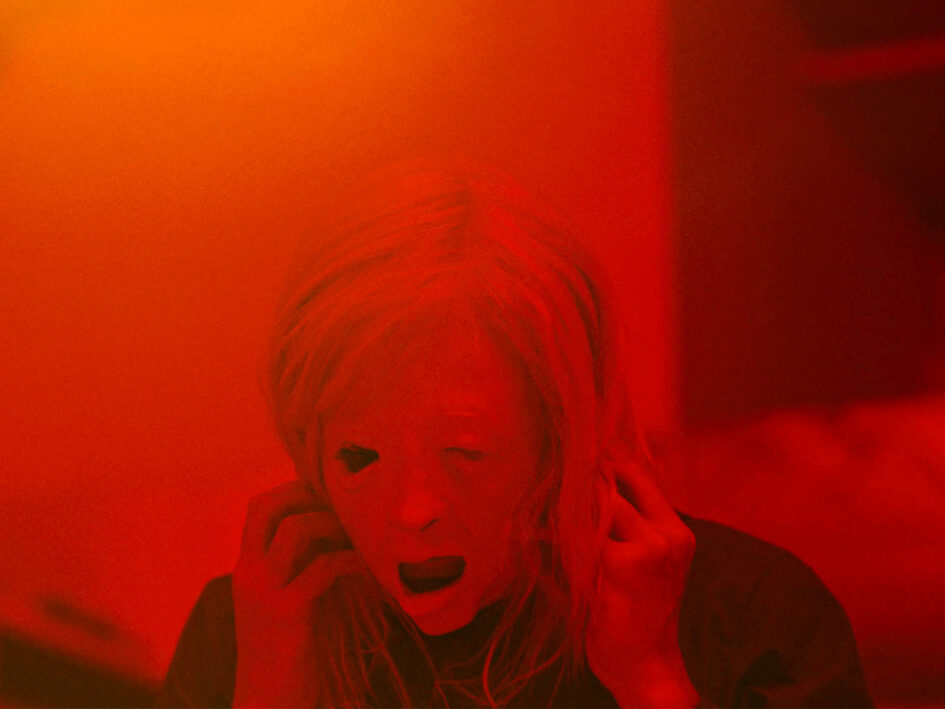 We live in a world that both owns and is owned by technology. Everywhere you look, tech controls so much. Think about your day, today. When you woke up, you were probably awakened by either your smartphone or smart clock. You may have something like a Nest, so your heating or air is automatically turned on to get your house just right for getting out of bed. You shout, “Alexa, start my day,” and soon you are given the news of the day, a weather report and possibly traffic alerts for your journey out to work. Making your way to the shower, you connect your smartphone to the Bluetooth speakers in the bathroom, listening to the latest podcast as you are getting ready.

Once on your way to your destination, you use apps like Waze or Google Maps to get up-to-date alerts on traffic or alternative paths. If you live in an affluent area, you may even encounter a self-driving Tesla. At work, you may use a computer or tablet or some other sort of data-input device. And then once your day is over and you are back home, it’s time to unwind with some more devices, like your smart TV. Then it’s off to bed, saying, “Alexa, good night” and your digital housekeeper takes care of setting the thermostat, locking the doors, arming the alarm system and shutting off the lights.

With all the good that tech does for us, we fail to realize that the same things we use to make our life better can also be used for evil and nefarious purposes. As easy as it controls our lives, it can also easily be used to control or spy on us. Your Alexa device knows when you wake, where you work, and connects to your security system. The Waze or Google Maps apps know exactly where you are, even when not using it. Your smartphone and smart TV know things about you that you may not want anyone to ever know, like that porno site you visit regularly or the chats you are having with people your shouldn’t. Even a portion of this information could destroy your work life, social life or marriage. Honestly, it’s scary what could happen when tech goes bad.

The 2020 sci-fi horror film, Possessor, takes a hard look at how technology can be weaponized further. Possessor takes place in an alternate version of 2008. In this world, contract killing has gone high tech. No longer do assassins need to put themselves on the line. They can basically LoJack their way into a patsy, control them and force the innocent person into committing the crimes, leaving them to collect the bounty. That is exactly what a woman named Tasya Vos (Andrea Riseborough) does for a living. Tasya works for a company called Trematon as a possessor, the name given to her brand of killers.

After each killing, Tasya undertakes a required session, in which she is quizzed on her past, ensuring that she has returned from her possession mentally intact. While her mental state comes clear, her emotional life is a different story. Tasya has a hard time relating to her estranged husband, Michael (Rossif Sutherland), and their son, Ira (Gage Graham-Arbuthnot). It is apparent that Tasya wants to be more in tune with her family, but her life as an assassin has damaged her emotions, to the point she has to rehearse how to carry on normal conversations.

Tasya is given a huge job by her boss, Girder (Jennifer Jason Leigh), at Trematon. To complete the assignment, she must possess Colin Tate (Christopher Abbott) and use his connections through his fiancé, Ava Parse (Tuppence Middleton), to murder both her and her father, John Parse (Sean Bean). Tasya is able to attack both Ava and John, killing Ava but only seriously injuring John. As part of her instructions, Tasya attempts to have Colin commit suicide, but finds herself unable to force him into the act. A power struggle begins between Tasya and Colin for control of his body, ultimately causing Tasya’s consciousness to be trapped inside Colin. Girder makes the decision to leave Tasya attached to Colin, hoping that she will be able to win the battle of willpower.

But with her body and consciousness being damaged every minute Tasya remains in Colin, will there be a person to pull out, even if she wins the struggle? 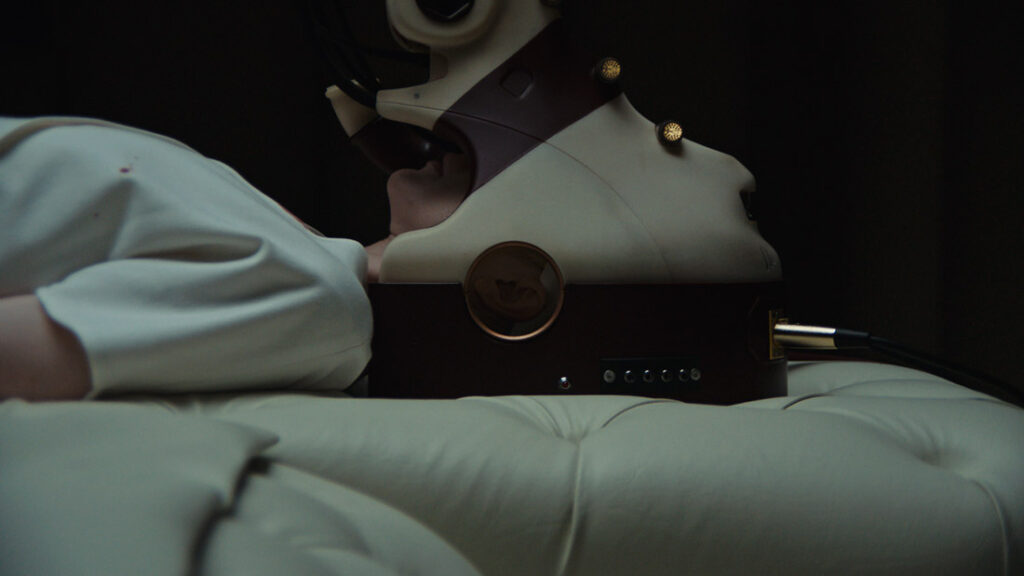 Possessor brings to light the fears of bio-tech. If we allow implants to be put into our bodies, what happens if that tech is used against us? In this film, the victims, like Colin, are not willing participants in the surgery, but the mere fact that it exists is scary. But it also brings about the question, would you willingly allow yourself to have bio-tech implants put into your body? Would you risk giving up control of your own body, if it meant financial success? How about having a longer, healthier life, free from viruses and disease? It’s a daunting question that many of us do not yet have to answer, but may someday come to fruition.

While Possessor is a sci-fi film, it is very deeply tied to the body-horror subgenre. This movie has a lot of toe-curling cringe in it. The murders and attacks are extremely visceral and brutal to watch. The attack on Sean Bean’s character is probably one of the most stomach-turning moments I have seen since the heinous attack on Alex Murphy in the 1987 film Robocop (the X-rated version, not the cut-down “made for TV” version). It makes for a very gory film and puts the film into a weird “is it horror or is it sci-fi” realm.

I give Possessor four out of five stars. While it sits in the middle between science fiction and body horror, Possessor offers a good story for many fans of both genres. Be warned: it is a very gory movie, and will have many turning their eyes away at moments. Still, it offers an easy-to-follow premise and actually makes you feel remorse for both the assassin and her unwilling host. Possessor is a very entertaining techno-horror movie that is brilliant, thought provoking and shocking in equal measure.