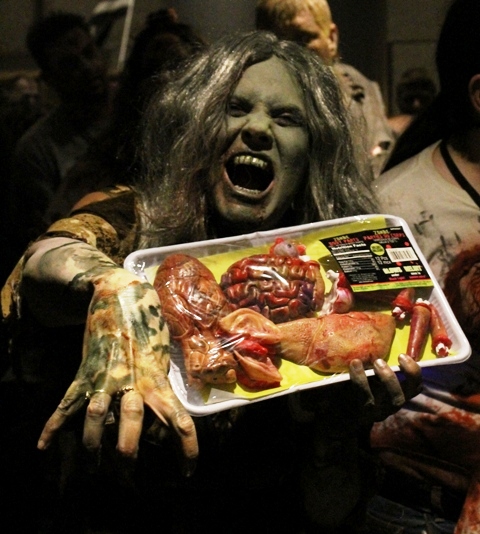 Per Matt
Downtown Atlanta was overrun by the undead during Dragon Con.

Two events featured Zombies, recently, during the 2015 convention. Held on Friday, September 4th, the Zombie Walk is an annual ritual that takes place throughout the city’s downtown streets, leading up to Zombie Prom.

Both events are hosted by the Dragon Con Apocalypse Rising track and encouraged attendees to arrive in costume. Special-effects makeup artists were on hand for detailed touch ups or complete makeovers. 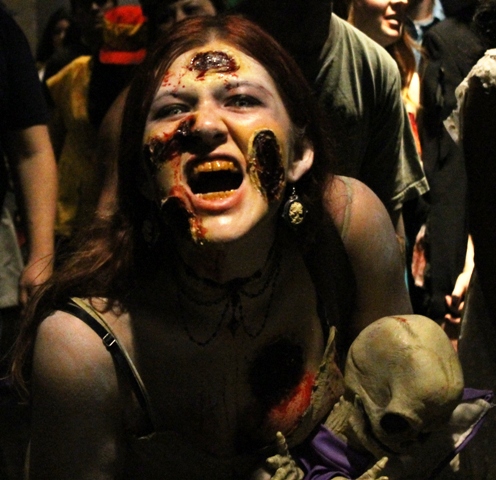 By the time the walkers limped, lumbered and groaned their way to the Sheraton Atlanta Hotel, it was time to get festive. Attendees of the Zombie Prom enjoyed the costume-themed party, dancing to the music of the DJ, while they tried to raise the dead.

Midway through the party, the official costume contest was held and an undead King and Queen were crowned. 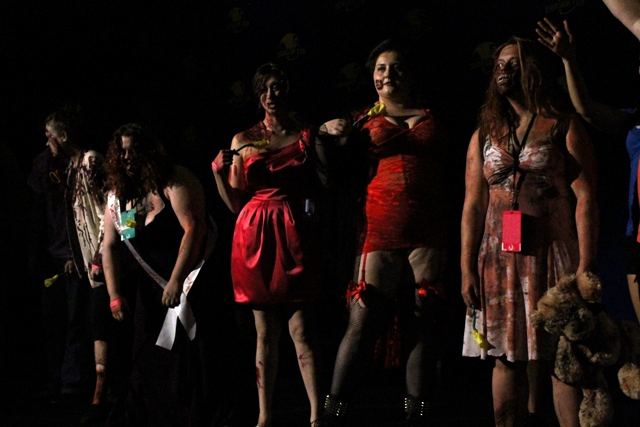 According to Apocalypse Rising Track Director Shannon Chesnut, “We don’t have an official count for the Zombie Walk, but we’re estimating around 150 participants. And we had five contenders each for Zombie Prom King and Queen. We then had the audience vote via applause on who the winners would be.”

We look forward to more undead shenanigans at next year’s Dragon Con! 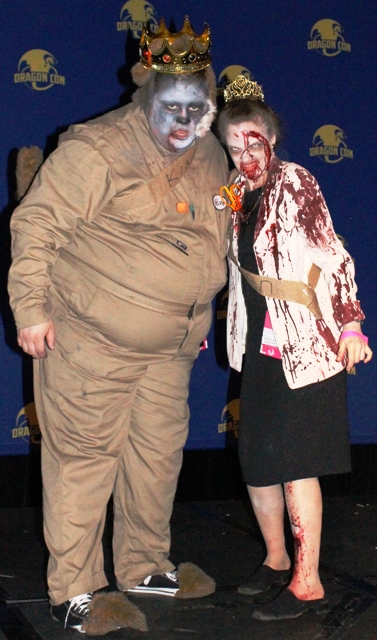