The Addams Family Gets Animated 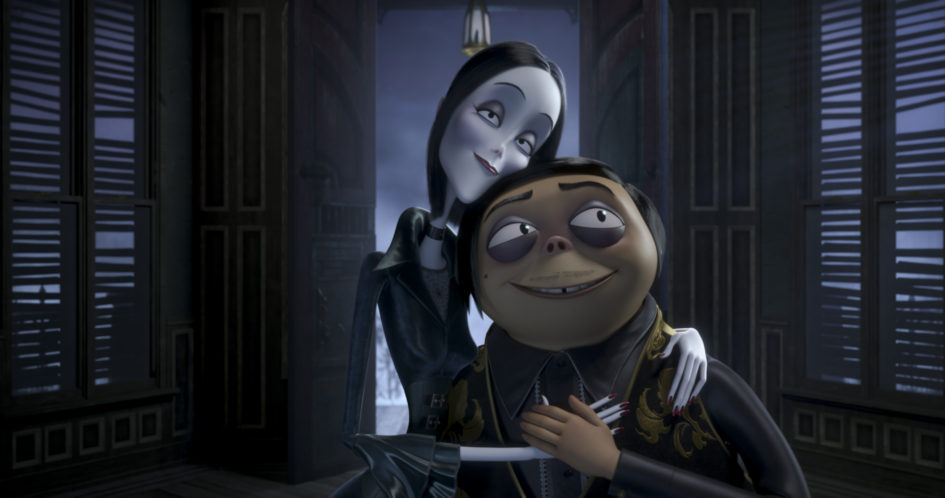 Returning to the big screen later this year, The Addams Family get animated with a new movie adaptation.

How do you sum up this group of characters? They’re creepy, cooky, mysterious, spooky, altogether ooky… OK, that’s enough. Originally appearing in newspaper comic strips, these cartoon characters have incorporated horror elements with satirical family models throughout the years to create something special.

As a live-action TV series, the Family appeared in 64 episodes throughout two years in the mid ’60s, but the show really found an audience via syndication. It didn’t hurt that the characters also appeared in a variety of Scooby Doo cartoons, followed by more animated series and TV specials before Producer Scott Rudin and Director Barry Sonnenfield and others brought the movie to life in 1991, along with a sequel two years later. There have been other attempts to bring the family to life via direct-to-video movies and possible TV pilots, but none have had much success, which is why I’m looking forward to this upcoming release, as the family seems to finally be getting its due credit.

Every family is different… but some families are more different than others. This is how The Addams Family teaser trailer opens.

Some versions of the family have featured gothic storylines, while this version aims to be an animated comedy. To be revived once again means this group is a pop-culture fixture for a fifth decade! That’s staying power, no matter how the movie does at the box office!

While it’s hard to top the casting of Anjelica Huston, Christina Ricci, Christopher Lloyd and Raúl Juliá (whose untimely death ultimately cancelled a third live-action movie), I am hopeful an all-new audience will get to enjoy Charles Addams’ characters via this new incarnation. A little more publicity might help, though.

Premiering on October 11, 2019, this movie will be airing during peak Halloween season, which feels incredibly accurate for the subject material. I’m curious what kind of roles Lurch and Thing will have in this version, as they seem to embody the comedic sidekick roles. And where’s Cousin Itt? While that character was specifically created for the 1964 television series (but also appeared in other versions), it doesn’t seem the hairy creature who speaks in high-pitched gibberish will make an appearance here. This version seems to be primarily based on the original comics source material (which is not a bad thing).

Conrad Vernon has previous experience working on the Shrek, Madagascar and their spin-off animated film franchises, plus more recently, Sausage Party. Greg Tiernan has worked at Don Bluth’s animation company before working on various Disney properties and eventually, Sausage Party. From an animation point of view, these guys should really bring the macabre to life during the creepy season.