The term “zom-com” is something rather new to me. I have heard of “rom-coms,” or “romantic comedies,” but “Zombie comedies” is not something I tend to put together in my head. But when I stop and think about it, there have been many “zom-coms” that I absolutely love.

Films like Shaun of the Dead and Zombieland immediately come to mind. But my all-time favorite would have to be Army of Darkness (though admittedly it is more an undead comedy). All these films play upon classic Zombie tropes: Major events bring undead hordes out to wreack havoc on the unsuspecting world and heroes are born out of wacky necessity from the least-heroic people. That formula makes for hilarious moments in what would normally be horrific events.

The Dead Don’t Die is a brand-new dark comedy from director Jim Jarmusch that challenges expectations of that formula. Jarmusch is known for his directing style. His movies tend to be slow to build, lack progression and focus more on character interactions. Being a rather unique, independent filmmaker, Jim’s style has earned him a lot of respect and rave reviews on some of his earlier films, such as Dead Man, Broken Flowers and Stranger Than Paradise.

The film takes place in the town of Centerville, a podunk town that seems almost completely devoid of residents. Protecting this town from chicken thieves, drunks and the occasional violent interactions with the local hermit is the Centerville Police Department, consisting of officers Cliff Robinson (Bill Murray), Ronnie Peterson (Adam Driver) and Mindy Morrison (Chloe Sevigny). Strange events start happening, with the media reporting possible correlations to polar fracking and shifts in the Earth’s axis. Despite all the weird happenings, the citizens don’t seem overly concerned and go about their normal daily lives. It isn’t until the murder and mutilation of two waitresses at the local diner that Peterson begins thinking that this could be the start of the Zombie Apocalypse. And, according to him, this is not going to end well. 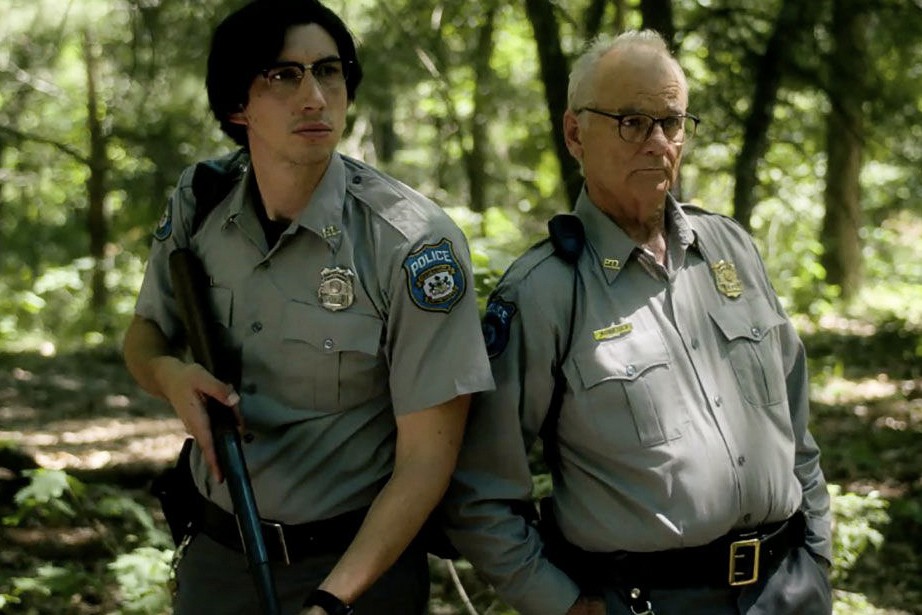 This film had so much potential to not only be the greatest zom-com ever conceived, but also one of the best Zombie films, period. From the political undertones and the feeling of separation from the outside world, Jim Jarmusch was able to capture many of the facets of the return of the undead not seen in horror films since George Romero. It is perfect for film festival fans who look for deeper meaning in the films they watch. If you look at this film as an indictment of mankind’s failure to be faithful and good stewards of this planet, then The Dead Don’t Die hits the nail on the head.

Unfortunately, this film does not feel made for that type of moviegoer. It is marketed and geared for those who love horror comedies. And that is were it utterly fails. For a film that is advertised as a Zombie flick, it doesn’t even show a single Zombie until late in the first hour, and then there is a long pregnant lull in action before the living dead rear their rotting faces again. Hardly the comical “end of the world” hijinks the trailers would have the average filmgoer believe.

Don’t get me wrong: the character interactions in the film have some very funny moments. Bill Murray and Adam Driver do an incredible job of delivering their lines in such a deadpan way that it feels natural, even ad-libbed. In fact, Adam Driver stands out in The Dead Don’t Die as the main source of humor, from his clear knowledge that he is in a Zombie film to his constant repeating of the phrase, “This is not going to end well.” He even has a Star Destroyer key chain, a clear reference to Driver’s other starring role as the evil Kylo Ren in the Star Wars film franchise. Murray may be the one known for his comedic genius, but Driver clearly got the better pitch and hit a home run in this film.

Jarmusch’s directing style just doesn’t work in this film genre. Incredibly slow build up, lack of action and mostly dry humor, along with the extreme lack of the undead ruins this film for its intended audience. Most people who check out this film will be sadly disappointed. In fact, the “fanboy rage” over this film may end up being its funniest joke.

The Dead Don’t Die gets a low two out of five stars from me. The star-studded cast couldn’t save this film from killing itself. My hopes are that other filmmakers learn from this mistake. Whether the mistake is on Jim Jarmusch or the marketing team at Focus Features, they need to better align the advertising for what the film really is. The Dead Don’t Die is not a Zombie film with comedy. It is a dramatic, political film that uses humor to help drive home its message. In either case, I do not believe it will do well with horror movie fans. Officer Peterson was right: This is not going to end well.