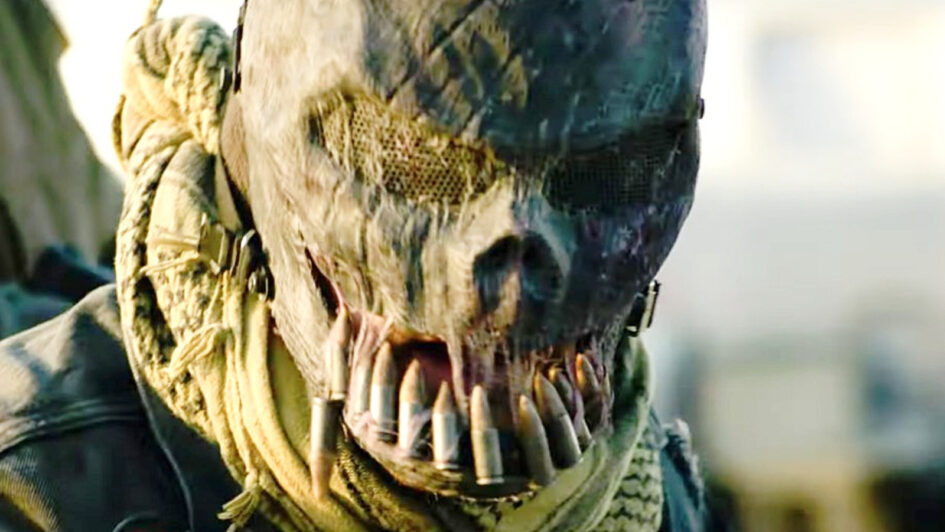 Very few film series keep the attention of viewers after a trilogy has run its course. The Purge franchise is one of the rare exceptions to this legacy. With The Forever Purge, the lineup of Purge releases is now up to five films, as well as a two-season series on the USA Network. That is staggering, when thinking about the modern landscape of movies, where you are lucky to get to three films.

Universal Pictures and Blumhouse Productions are definitely getting their money’s worth out of the franchise. The entire franchise, including The Forever Purge, has cost right around $53 million USD to make. And since 2013, the worldwide box office gross has been well over $445 million USD. No doubt about it, The Purge franchise is a moneymaker that manages to stay relevant in each of its subsequent films.

If you have been following The Purge movies, you know that a third political party called the New Founding Fathers of America (NFFA) gained power in the U.S.A. As one of their initiatives, they developed the annual Purge, one night a year that all crime, including murder, is legal. From 7:00 p.m. until 7:00 a.m. the following day, there are no police, ambulance or fire services available. However, once the alarm goes off at 7:00 a.m., The Purge is over and all laws are reinstated.

The Forever Purge takes place in Texas. Juan (Tenoch Huerta) and his wife, Adela (Ana de la Reguera), fled to Austin to start a new life. Juan took up a job as a farmhand on a ranch owned by Caleb Tucker (Will Patton) and his son, Dylan (Josh Lucas). Adela began working for a local meat shop. After the NFFA wins the election, the annual Purge is reinstated. The Tuckers lock themselves in their ranch while Juan and Adela take refuge in a migrant community sanctuary.

The Purge Night was relatively uneventful, with both families making it through the night unscathed. However, the following day, Adela is attacked by two Purgers, stating that the real purge was only starting. She is saved by her boss, Darius (Sammi Rotibi), but they are arrested moments later.

Later, it is discovered that the country is engulfed in turmoil as several groups (called The Ever After Purgers) are still killing. As the families attempt to escape the fighting, they run into a white supremacist group called the Purge Purification Force. With all-out war around them, escape may not be an option. 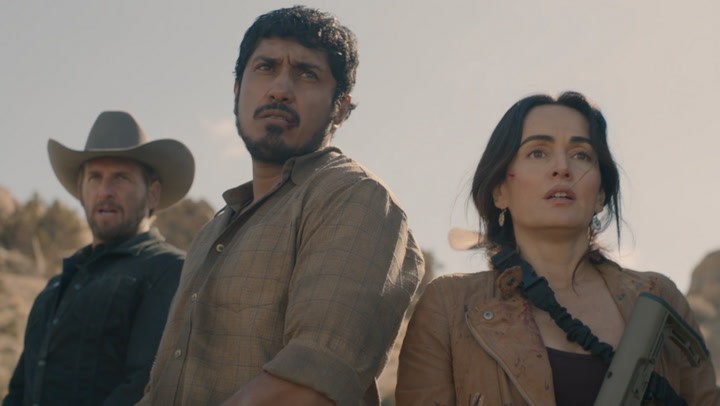 The Forever Purge shows what happens when The Purge gets out of control. As the country has become more lawless, the fear of legal ramifications is gone. The battles between “the haves” and “have nots” cannot be contained when people do not fear recourse. The Forever Purge is an indictment of the current state of affairs in America. Unless something is done to stem the class warfare, the events depicted in this film may come to pass. And that is the real terror. The Final Purge is a very politically driven film and mirrors a lot of the fears that many in the country currently feel.

With the Purge Night no longer being followed, The Forever Purge feels like a film that needs a different name. The Final Purge may have been a better title. After the events of the movie, I doubt there will ever be just a single night designated for lawless behavior. A civil war has broken out, leaving the country in a state of instability. There is not much hope left for America in The Purge franchise. And ultimately, that may be the reason the franchise comes to an end. Without the turmoil and intrigue of that one night, the movies no longer have the one thing that made them unique. If it continues, the series will just become another trivial action-horror movie. This is the biggest failure of The Forever Purge: There is really no going back.

Acting and humanizing characters have always been a strong point of The Purge films and The Forever Purge is no different. The characters are likable and as an audience member, I was pulled into their trials. But, sadly, the characters followed a very formulaic design. It was entirely predictable as the film progressed, that the characters would bond.

Dylan’s personal feelings against migrant workers are put aside when he and Juan must protect their families from hostile forces. I saw it right from the very beginning. Basically, as the minutes passed, I knew that as long as the characters did not die, they would become allies. I knew that Adela would have to put her military training to use the moment she revealed that part of her history. I knew Caleb was going to die, as he was the good-hearted ranch owner who was hated only for being rich by some of his workers. The main characters were all predictable, and it became kinda funny seeing my assumptions coming to fruition.

Will there be any more films in The Purge saga or will The Forever Purge be the nail in the coffin? Personally, I would like to see one more film, but like I mentioned earlier, it is hard to put the genie back in the bottle. The Purge in this film got way out of control. I doubt if the people in this fictional world regained control would allow any further Purge nights. So, if this is the last film, it ended on a down note.

The Forever Purge gets three out of five stars from me. The characters and story are good, but it was extremely predictable. Still, it ties in very nicely into the entire Purge story arc and shows what happens when people don’t stop Purging. Will this happen in the real world? Only time will tell. Let’s hope not, ’cause I don’t want to find out how nightmarish it can be.