The Last Man on Earth 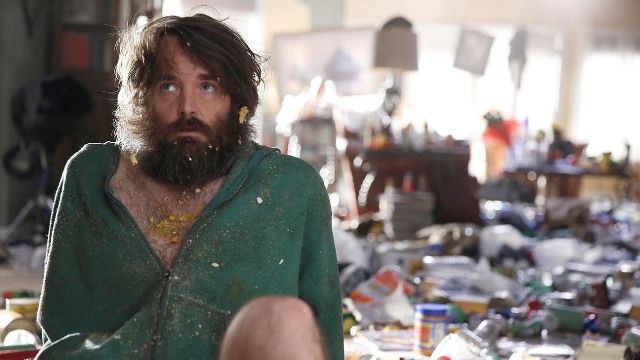 What would you do, if you were the last man on Earth? Would you change anything about your life or would you live it exactly the same way? Will Forte plays out that scenario in FOX’s The Last Man on Earth.

In the year 2020, a mysterious virus has practically wiped out the entire human race. For some unknown reason Phil Miller (Will Forte) remains, and in the pilot episode, he travels throughout the United States looking for other survivors. Unable to locate anyone, he leaves signs pointing toward his location, in hopes he’s not the only person alive.

This raises the question: What would you do if there was no one left? Steal priceless artifacts? Check. Break into a McMansion and call it home? Check. Live in Tucson? Check. While the others may seem like decent choices, I can’t say that I’d willingly live in Arizona… alone.

Forte is lonely and solo onscreen, often talking to himself (or inanimate items), drinking a lot of liquor and living out his dreams by never shaving and destroying stuff. It’s the simple things that keep him going, but the overall theme of the show can be summed up via a random bit of dialogue: “I just realized that having other people around is really what makes life worth living.”

Lo and behold, Carol Pilbasian (Kristen Schaal) arrives and answers his prayers… sort of. Initially thankful for her arrival, the honeymoon doesn’t last very long. The characters are polar opposites: She’s a rules follower; he follows no rules. She’s incredibly formal; he’s an incredible slob. They bicker a lot (played mostly for laughs) and eventually realize they must make their relationship work. By the end of the second episode, they accept the responsibility for repopulating the planet, but even this will lead to more comedic events, down the road…

Created by the filmmakers responsible for The LEGO Movie, The Last Man on Earth is a quirky comedy. With only two episodes to judge, each one significantly contrasts with the other. The pilot episode, Alive in Tucson, feels like a one-trick pony, basically featuring Forte running around in his underwear, destroying everything imaginable. But the second episode, The Elephant in the Room, is hilarious and offers a lot of promise.

The premise of the show hinges on the assumption that at some point, the viewer will learn a little more about the mysterious virus that almost erased humanity, but two episodes into the series, it’s little more than a McGuffin. This TV show has all the makings of a survival-horror video game or a disaster movie. At any moment, we’re expecting a herd of Zombies to pop up, out of nowhere, to fill in all the missing pieces of the overall mythology. So far, they are sadly missing.

The ratings for last week’s series premiere were tied for the fourth-biggest new-comedy series to debut this season. That’s the good news. However, how long can a minimalist series featuring only two actors survive for an entire season? At some point, more people will have to be introduced into the series, but will that change of storyline ruin the overall dynamic for the main characters? Only time will tell.

Forte and Schaal have great on-screen chemistry. As comedy veterans, they never seem to try too hard for a laugh, it just comes naturally. That also means they’re dealing with some great scripts. Their past work on Saturday Night Live and Bob’s Burgers, respectively, bring brand-name recognition to this show and they make it look easy. Needless to say, they’re fun to watch.

What’s next for the show? The pilot already acknowledged its similarity to Cast Away. Hopefully, it won’t be heading into that direction. But taking a peek at the show’s IMDB page, more people will be arriving soon. That could be bad news for the show’s balance of power. Just remember to be careful what you wish for. Your daydreams may not exactly come true.

Strength: Funny overall concept.
Weakness: The devil is in the details, when the overall storyline unfolds.
WTF Moment: One of these things is not like the others: A garbage pool, a toilet pool and a margarita pool.