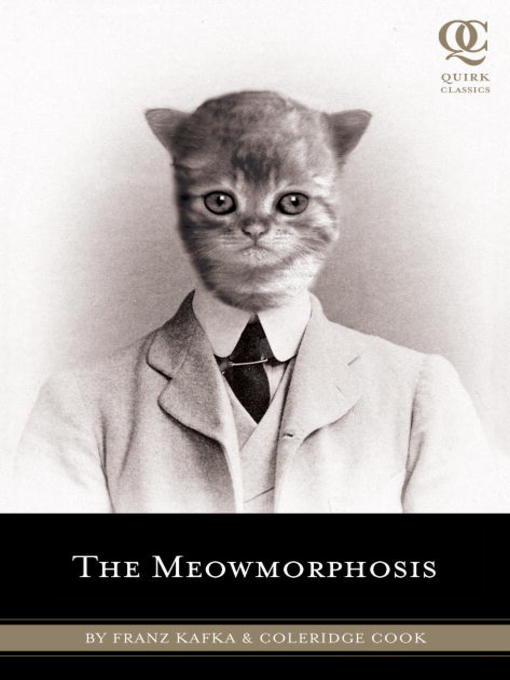 What happens if you wake up tomorrow as a man-sized kitten? Supposedly, it is the End of the World, so anything is possible.

In The Meowmorphosis, that very thing happens to Gregor Samsa. It is a tale of a man who awakes as a cat. In his previous life, he was an under-appreciated traveling salesman fully supporting his working-class family, living in Prague with an unpleasant life. Now, as a cat, he reflects on this life and spends about three-fourths of the book debating with his subconscious, about this, that and the other.

Eventually, Samsa actually gets the urge to leave his home, which is quite a relief to the reader. It took a lot of effort just to get to this point of the story. Outside, Gregor enjoys overwhelming scents and has schizophrenic thoughts and interpretations of his life. Venturing into the streets, he meets the tabby, Josef K. Immediately he is arrested by the over-sized policecats Franz and Willem, and taken to trial, where he is introduced to the Academy of Cats, and gets a lecture. In the author’s own words, Samsa is given a “long-winded rambling reminiscence,” and feels as if he gets an execution of his respectable self (which was his former, human life) and replaces it with a criminal mind (as a cat). Being arrested is more like calling out the society of his former life, and feeling free to do as you wish, as a cat.

With this new-found freedom, he feels guilty for abandoning his family, so Samsa returns home. There, he basically gives up on life, becomes sloven and dies. His family lives happily ever after, in a strange turn of events.

It was difficult reading this book and trying to maintain attention, with so much sense of hopelessness and a continuous stream of consciousness. The German-to-English translation may be cause of the extremely lengthy sentence structure — which is very wordy — often wandering from thought to thought for pages at a time. Samsa’s size seems to vary throughout the story, and his transformation is never fully explained, but lists “he must have had a cat’s soul.”

At one point, the authors self-reference other German literary classics, and throughout the narrator seems to enjoy hearing himself speak. An included Appendix covers a ficticional depiction of Franz Kafka’s troubled family life, and even that is depressing to read.

Notable Quotes:
– “I once knew a man who woke up a cockroach.”
– “Symbolism is depressing; its meaning is always deferred.”
– “I believe I have shown myself to be quite a high class of cat.”
– “I see that catdom is in every way a superior and more marvelous institution than clerkdom.”
– “This disaster also revealed to Gregor Samsa that he was quite a large kitten, for his upper parts were still curled up sweetly in bed.”
– “With this sense of purpose then, Gregor raised his tail, fully erect, and strode from the dark alley of his earlier existence.”