Amazon Studios’ newest TV series, The Rings of Power, has been getting much attention. Like anything in the Internet Age, you either have to 100 percent hate or 100 percent love the show, as the Lords of Tweets and Outrage (Lord Kevin and Lady Karen, as I call them) will allow for nothing else. But here at the #HauntLife, we push back against the wishes of the mob of absolutes, and instead of being mad for the sake of being mad, we are going to take this show as it is presented.

I will preface this review by stating I am not an expert on the worlds created by J.R.R. Tolkein. In fact, if it wasn’t for the old cartoon and the films directed by Peter Jackson, I would know little to nothing about Middle-Earth, hobbits, Sauron or anything else in that fantasy realm. I have never picked up a single book in the series, opting for the stunning visuals that Hollywood is able to give. Maybe I miss out on some of the stories by not reading the original material, but to be honest with you, I don’t need to know everything in a fictional world to know if I like it or not.

I can take the Hollywood version as an interpretation, rather than a copy.

The Rings of Power takes place thousands of years before the story of The Hobbit. In the first episode, The Dark Lord Morgoth was slain, but his apprentice, Sauron, escaped. The elves, led by Finrod, searched far and wide, only for it to lead to Finrod’s death. His sister, Galadriel (Morfydd Clark), took up the search, becoming obsessed with finding the evil wizard. But her army grew weary of the search and convinced her to return to their home of Lindor.

However; the evil of Sauron is growing, threatening the kingdoms of man, dwarf and elf. 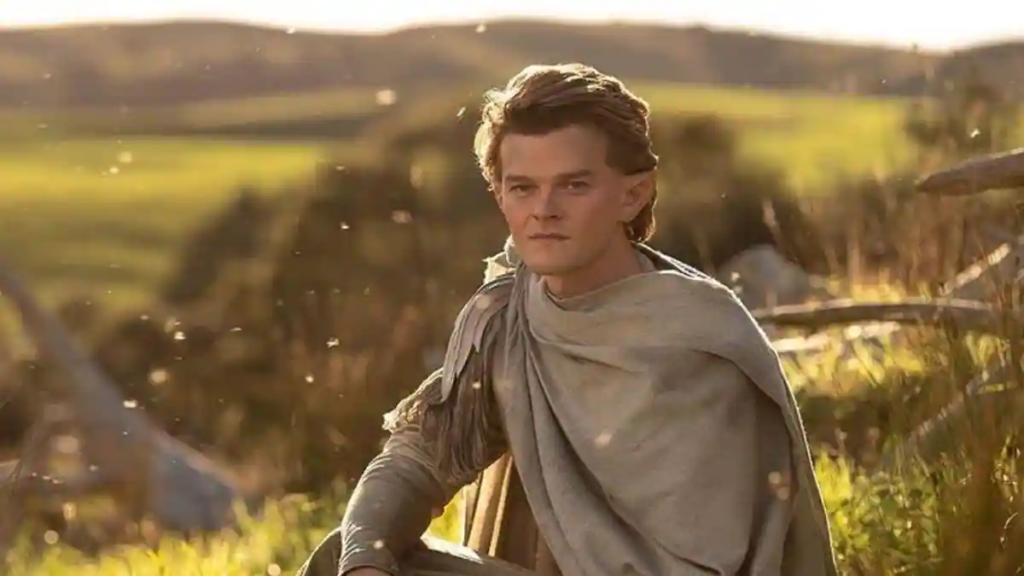 The story arc thus far in The Rings of Power seems to be a good prequel for the books and movies. We are introduced to Galadriel, one of the elves who was able to guide the Fellowship of the Ring to stopping Sauron in the later books. She comes off as more driven and battle-scarred than her later incarnation, so it is my assumption the series will show what turned her from a warrior, into a diplomat.

Knowing what she is going to become may make the character boring to some viewers, but to me, it feels like some much-needed backstory. I always wondered why they sought her out in the later movies, and Amazon Studios may be able to fill in the blanks for me.

Visually, The Rings of Power is beyond compare. Typically, when you get a television show based on multi-million-dollar blockbusters, the effects and settings are a far cry off. But The Rings of Power was given a budget befitting its film counterparts. Each episode I have seen could be its own theater-quality film. The minds at Amazon Studios seemingly get it. They understand that you cannot have awe-inspiring sequels and cheap-looking prequels.

The feeling hits home when you look at other TV shows based on mega-hit movies. Take, for example, The Falcon and The Winter Soldier series from the MCU. While the two titular characters look spectacular on the big screen, the TV show felt drab and lacking. The effects were below expectation, and the story just felt like it was a throwaway, with no real payoff.

At least, with The Rings of Power, we know the payoff. We are now treated to the journey.

In my book, The Rings of Power gets five out of five stars. Take out the political machinations or online bickering and just watch the show. Take it as a retelling of the story. Fictional shows like this are meant to take viewers away from the world we live in daily. Just let the story of how Sauron came to be, how Galadriel became such a strong warrior for good, and how the world fell to pieces and needed the rings of power to survive envelope you.

Be a fan of fantasy. Give The Rings of Power a chance if you are on the fence. I promise, you will be pleasantly surprised.