Ghosts of Devil’s Perch Opens an Undead Can of Worms 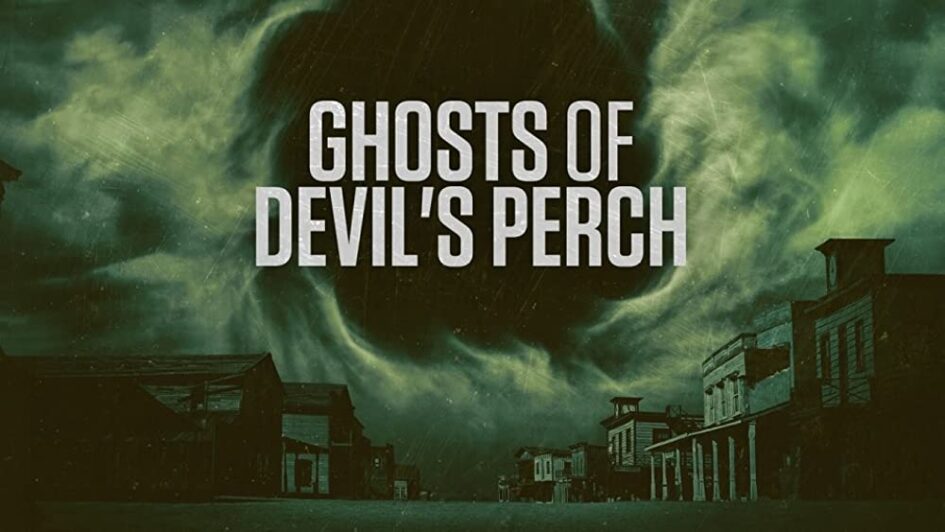 As all of my Halloween friends know, September is simply the time to fully prepare for October — which is the most wonderful time of the year! And as such, Discovery’s multiplatform “Ghostober” event premieres with Travel Channel’s Ghosts of Devil’s Perch.

While this is not the same paranormal crew who solved cases last year in Ghosts of Morgan City, this eight-episode limited series is a spiritual spinoff, but in a new location.

Shepherdstown Police Chief Mike King previously requested help from the Morgan City crew, now sending a new group to Butte, Montana, which is seemingly haunted by decades of corruption, wealth and tragedy. Overseen by Sheriff E. Lester, something unsettling happens with each building that gets remodeled.

On this paranormal peacekeeping mission is a who’s who of some of the top Travel Channel shows, including Paranormal Investigator Dave Schrader and Psychic Medium Cindy Kaza, both of The Holzer Files. Joining them on this road trip is K.D. Stafford, a paranormal mad scientist who hasn’t previously appeared on any Discovery programs, to my knowledge.

Much like Morgan City, a local historian is brought in to research the recent phenomena, while the team searches for answers. The most information is gleamed from the medium, who apparently has the ability to speak to the dead and “tap into the past, present and future” of a location. While she’s trying to uncover the origins of the grief, fighting, anger and unknown dark history, the guys focus on communicating via spirit box.

And if that doesn’t work, there’s the automatic writing of Kaza, who opens herself up to whomever or whatever wants to speak to her.

“I’m actually worried that we just unleashed a monster. Like, we just made it worse.” 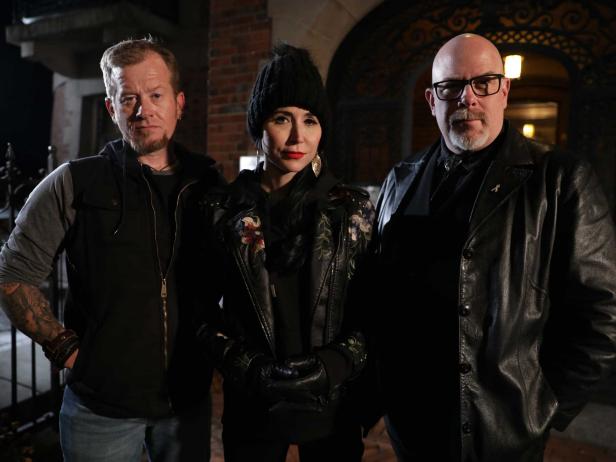 Butte was originally a rough-and-tumble community founded on the backs of immigrants, where rules were broken all the time. The local mining moguls, known as the Copper Kings, developed the small silver and copper mining community within the Rocky Mountains into a growing town. But a blood feud among rivals led to greed, sorrow and murders, which permeate the lingering negative energy found there.

My biggest curiosity regarding the town involved the 10,000 underground tunnels and vaulted sidewalks that can take you anywhere among the community without being seen, but there’s no maps available to show you where they are. I hope the team finds a few of these to traverse.

And once one case is solved, another one seems to mysteriously appear. Is the whole town under the influence of a dark presence? Stay tuned to find out!

I really appreciate the efforts and hard work that Schrader and Kaza have put into Holzer Files and was pleasantly surprised to find them stepping into another show. In this day and age, it feels like EVERYBODY’s got a ghost-hunting show airing on some channel, so when I can accidentally find a couple of my favorites placed into a new setting, I’m thrilled!

Stafford brings the necessary technical know-how to the show, so I can’t wait to see what else they eventually find! Selective editing seems to show many EVPs instantly answered, although I’ve seen enough shows to know that many fruitless attempts were removed from the recording, prior to airing.

It’s not shocking to see a pastor and a clean-up crew brought in to bless this mess, which almost feels like a horror anthology series. I’m guessing, once the season wraps and the viewership is measured, if certain numbers aren’t reached in terms of audience, a different crew could be brought into a new city next year.

I hope that doesn’t happen. After watching three episodes, I’m already hooked and want to see more from this team!