The Two Best Films of 2019 You Haven’t Watched

Have audiences finally received the signal? Parasite is a terrific movie!

Per Matt
2019, as a whole, was a good year for Hollywood. Movie theaters offered a plethora of options to audiences. There were some stinkers, there were some surprises and there were some hidden gems released throughout the year. As the awards circuit finally winds down with the 92nd Academy Awards ceremony, there will be some big-time winners, as well as more than a few losers, and many of the nominated movies will ultimately receive a post-Oscars bump at the box office.

So far, film critics have hailed the top-nominated films, but for some unknown reason, audiences have hesitated to watch some of them. Maybe they’ve been misled by critics in the past who have lauded little-seen productions with political messages or they just don’t seem to trust anyone within the entertainment industry (which are both understandable), but there’s two must-see films out there that everybody should watch: Parasite and Jojo Rabbit.

In case you missed our review ( Parasite Breaks All the Rules as a Horror Movie), we really liked the film… yet so far, its domestic box office currently rests around $33 million. As a Golden Globe winner, a BAFTA Film Award winner, a Screen Actors Guild Award winner, a Cannes Film Festival winner and winning multiple Music City Film Critics’ Association Awards, worldwide, audiences have taken notice, as its global box office rests at $163 million. Parasite has been nominated for six Oscars, so there’s a pretty good chance the film will emerge victoriously once the ceremony has concluded. However, its best bet for success lies with the Best International Feature Film and Best Original Screenplay categories, but stranger things have happened…

Writer-Director-Producer Bong Joon Ho combines a crime drama with a dark comedy and ultimately, it evolves into a horror flick. In all, the storyline encompasses a family struggling to survive, willing to do whatever it takes to upgrade their socio-economic status.. and I do mean ANYTHING. The story is powerful and the family’s scam eventually fails, although the twists are not predictable. It’s a really great film and I plan on rewatching it again soon, hoping to pick up different aspects that I may have previously missed. 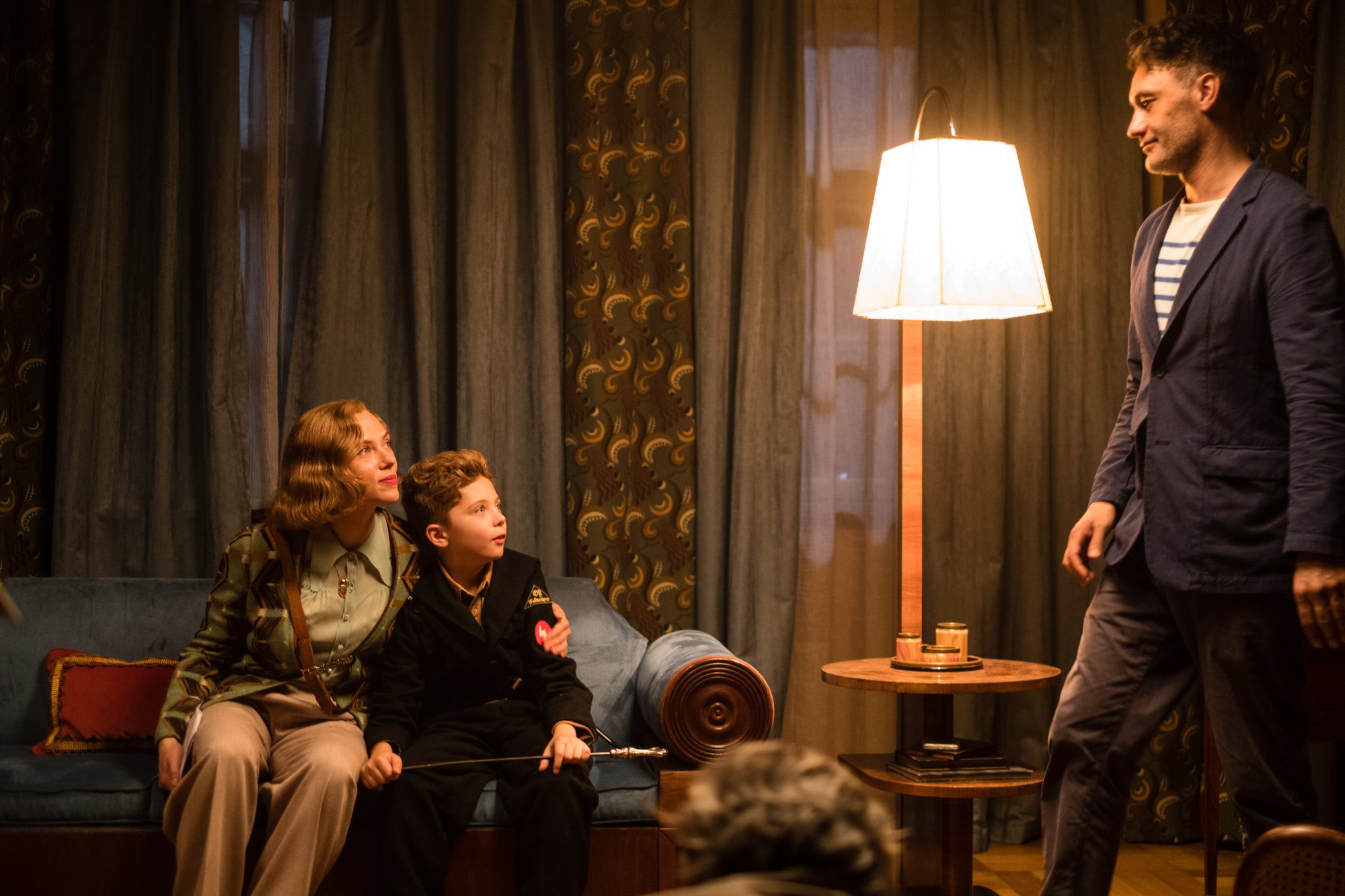 The same can be said of Jojo Rabbit, which proves that Taika Waititi is a genius! The filmmaker proved that he’s much more than just a superhero movie director. Initially earning the reputation as a quirky indie writer-director, he doubled down on his efforts by adapting his feature film into a television series ( Shadows Removes the Dark Stigma of Being a Vampire) and rebranding a dark superhero franchise (Ragnarok Brings Thor a Lighthearted Adventure With Serious Repercussions).

To some, Jojo might seem like a step backward, but it’s actually a crowning achievement for the filmmaker. Many thought his script would remain the best unproduced movie on The Blacklist for many years, and yet Fox Searchlight took a huge gamble with the movie. Promoted as an anti-hate satire, Rabbit does deal with heavy issues (Taika performs as a young child’s imaginary friend: Adolf Hitler), but it manages to be a positive one. Audiences might be straying from the subject matter, as the film has only made $29 million domestically (and $66 million worldwide), but the critics have noticed. As a Music City Film Critics’ Association Award winner, a Hollywood Critics Association Award winner and a BAFTA Film Award winner, Jojo has been nominated for six Oscars. Its best opportunity for winning multiple awards come courtesy of the Best Adapted Screenplay and Best Performance by an Actress in a Supporting Role (for Scarlett Johansson, who kills her role, thematically) categories.

So, why haven’t you watched these films yet?

Both have impeccable merits that could easily gain wider audiences by winning high-level awards, but maybe it’ll take home video and digital releases for more people to finally take that chance on watching a new movie.

I’m excited for both of these genre films to do well at the upcoming Academy Awards ceremony, but I’m especially looking forward to what these indie filmmakers can bring to their next releases.