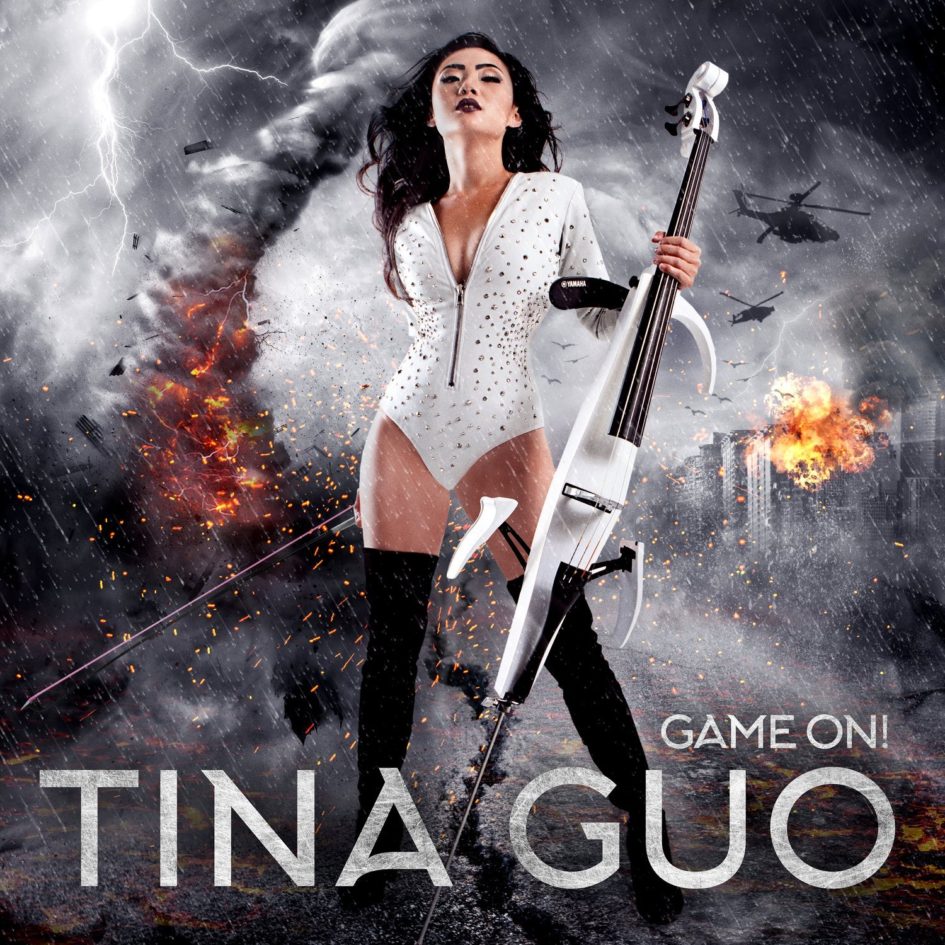 If you think you hear The Legend of Zelda theme song being played overhead in your favorite retail bookstore or coffee shop, don’t worry, you’re not going crazy. That’s just the music of Tina Guo. What’s more, she’s playing the music using an electric cello.

Now, electric-stringed instruments are not a new sound to those immersed in nerd culture. Most gamers have heard renditions of their favorite video game themes played by Lindsey Stirling on her electric violin, but I don’t think I’ve ever heard any themes performed using an electric cello, and Tina Guo’s latest album, “Game On!” has more than a dozen of them.

The themes range from classic games, all the way up to those of current consoles. Everyone and their dad is gonna recognize music from Tetris, Pokemon or Super Mario Bros. Playstation fans will love the music of Final Fantasy VII and Xbox fans will dig the theme from Halo. Fans of more current games might enjoy the themes from The Witcher 3 or Call of Duty: Modern Warfare 2. The newer games seem to have some pretty hardcore music and can be very exhilarating to hear.

But I enjoy the classic video game themes.

The theme from Mario brings a smile to my face. I can clearly see the titular plumber starting off a new level, running at a breakneck pace. I can picture him knocking his head against a block and hear that coin pop out of it. As someone who grew up with Nintendo games, this is nostalgia at its finest, performed with a fantastic flair.

Also, having played through the Legend of Zelda: Ocarina of Time on the Nintendo 64 more than once, I believe this album puts its best foot forward. The first track is almost six minutes long and is a medley of music from across the map. You’ll feel like you’re exploring different segments of the Kingdom of Hyrule as you listen to this sweeping score. My personal favorite segment comes toward the end of the track and highlights the music of Gerudo Valley. I believe Tina Guo does an amazing job recreating this stellar segment on her superb stringed instrument.

Whether you like classic video game music from Chrono Trigger, or maybe Metal Gear Solid or perhaps you want to hear how World of Warcraft sounds on an electric cello, the album “Game On!” has something for all of us gamers.

And if you’re wondering where you’ve heard the name Tina Guo before, or wondering why her music has become so popular, let me ask you this…

Did you like the new theme music from Wonder Woman?

That’s right, the showstopping score that plays for the Amazing Amazon in Batman v. Superman, when Wonder Woman blocks the blast from Doomsday and leaps into battle, is performed by Tina Guo. If you’ve already seen the new Wonder Woman movie, you’ve also heard the theme a time or two. If not, then you’ll remember it as one of the coolest aspects of the movie trailer, as it plays when the Wonder Woman logo appears at the end.

So, for those of us who enjoy energetic music that gets you pumped, lifts your spirits and gets you psyched, I don’t think the album “Game On!” will be the last studio recording we hear from Tina Guo and her electric cello.