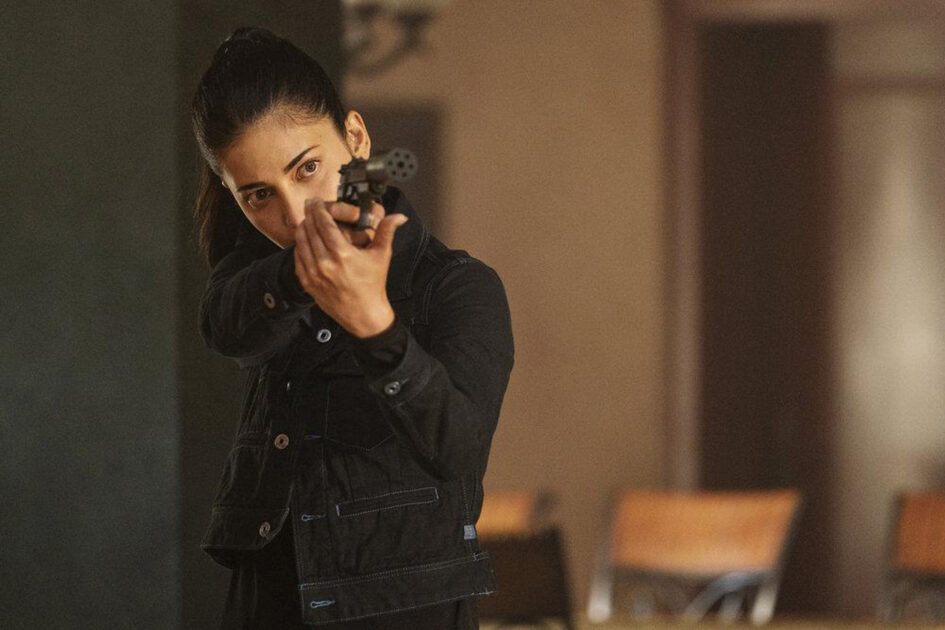 Members of the CIA are running an unsanctioned global operation — some would call it a criminal syndicate — and “America wants to win.” If that doesn’t sum up 10 episodes of Treadstone, which basically tells the origin story of Jason Bourne without the title character actually making an appearance, I don’t know what will.

Cover stories of epic proportions hide the truth as dizzying shaky cameras pan back and forth between flashbacks and a present-day critical situation involving a nuclear warhead going onto the black market to the highest bidder. After watching any of the Bourne films, you can imagine the enemy being engaged in a variety of ways and all of the resistance that ensues. It’s basically non-stop action… I just wish there wasn’t any motion-sickness jerkiness involving the cameras mimicking the Bourne Universe movies (which were also nothing but a blur to me), that were based on the Robert Ludlum book series.

“The world is getting smaller, population is skyrocketing and natural resources are in play.”

A worldwide revolution is taking place as sleeper cells known as “cicadas” (reprogrammed soldiers who hunt down and kill enemy targets at the behest of government leaders) are waking up with no previous knowledge of their training. These characters have very little patience and so many violent tendencies.

You can see how this show might be about survival, but ultimately it’s all about following orders and the aftermath that arrives when you don’t. The arms race takes place in the Arctic, Cyprus, China, Columbia, Ghana, Greece, Hungary, Netherlands, North Korea, Paris, Romania, Russia and Washington D.C. Each location looks unique and their set designs are beautiful and idealistic.

Tracking devices, corruption at the highest levels, brainwashing KGB agents and so many searches for the truth… I love this Cold War crap, much like my favorite James Bond movies. Each episode features fast-speed fights (as well as some slow-motion ones) and they’re all about staying in the moment, keeping the adrenaline going and always moving (regardless of the storyline). It all reminds me of Season 1 and Season 2 of Deep State on EPIX. That never-ending search for answers used knowledge as power and this black-ops program seems to seep into the pores of the intelligence community of the federal government, basically creating a shadow government.

The season finale ends on a seemingly random cliffhanger. So many questions are asked by this viewer, but most of all: Who is waking these agents up? Why are they being awakened now? And please for the sake of my sanity give me more details about the Blackbriar Program.

The total number of these anonymous assets is unknown, but there’s at least 17 out there. Somewhere around the eighth episode, a character asks, “When does this end?” Does it ever end? This storyline is complicated enough to go on and on, expanding into multiple government departments for years at end. There’s plenty of topics that can be explored, should the series get renewed.

I do hope for a second season of this show, I just wish the unnecessary zoom-ins and restless camerawork get toned down quite a bit — but please employ more helmet cams as unique filming devices, when worn by the main characters, which gives you a sense of being there, in the middle of the action. That part I did enjoy.

Season 2 of Treadstone is possible, but overall, I really just want to see a less-convoluted storyline. And no more shaky-cam fights. Is that too much to ask?