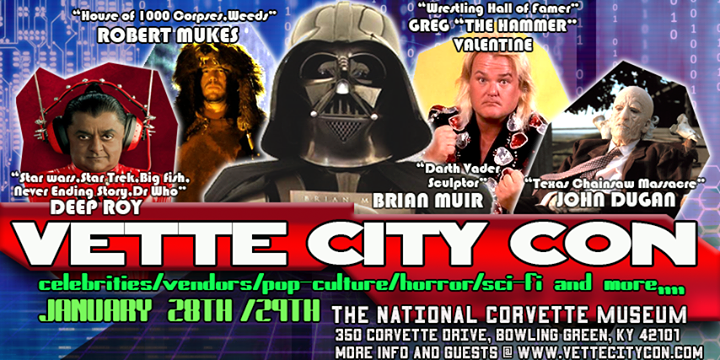 Last week, I was lucky enough to be asked to cover Bowling Green’s first ever comic con. While I have attended more conventions than I can count, this was the first time I was invited as press.

For a first-year convention, I was pretty impressed with the lineup. Brian Muir, John Dugan, Robert Mukes and Greg “The Hammer” Valentine were all among the considerable guest list. 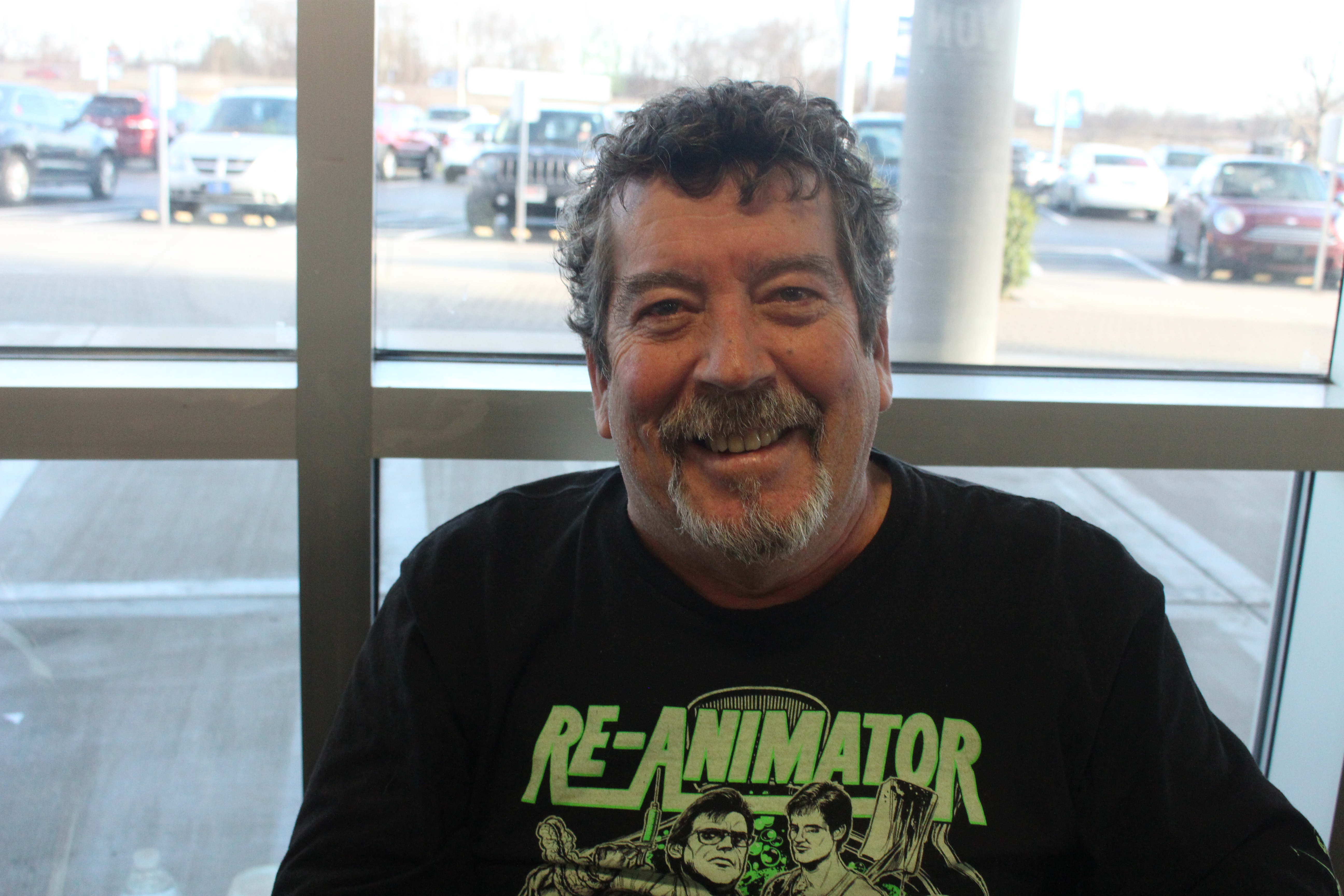 The convention hall was small, but I thought it was the prefect size for a first-year convention and with your ticket, you got a discount into the Corvette museum. The interesting part of this convention is it really tried to give everyone a little bit of what they might be interested in. From horror to sci-fi to wrestling, there really was a little bit of something for everyone. I was most impressed by the attendance of Brian Muir. That’s the guy who sculpted Darth Vader’s helmet… and I probably found out something from almost every movie you have seen. From Harry Potter, Guardians of the Galaxy, Indiana Jones, Aliens… I mean, the list goes on and on and on. He even talked about working on Hammer films, which were not on his IMDb because he was really just a young boy at the time! Look for the full interview with Brian coming out soon!

Robert Mukes was beyond accommodating. As I walked over to request an interview, he stood to shake my hand. At 6 feet 10 inches, it was rather intimidating! He was so nice, though, that I was quickly put at ease. Robert was fun, taking our equipment into his own hands to tell us all about working with Rob Zombie and laughing at the Direct TV commercial he did a few years back. Speaking with him made me want to go binge watch Westworld, his latest project. Robert also talked to us at length and we will have a full interview with him to post pretty soon, too.

Perhaps the most interesting conversation I had came from Jason Virus. Jason is a regular walker on The Walking Dead. Have I met other walkers before, yeah… in fact, I am friends with a couple of them, but hearing about the professional process of being an extra on a show like The Walking Dead is always interesting. He points out it was about being at the right place at the right time and accepting the work. Who knew it was going to be a hit? He didn’t, but he took that chance and he is glad he did. He has also appeared in other Zombie films, such as The Crazies. Jason is also a composer and lead singer of his band, Sugar Virus. 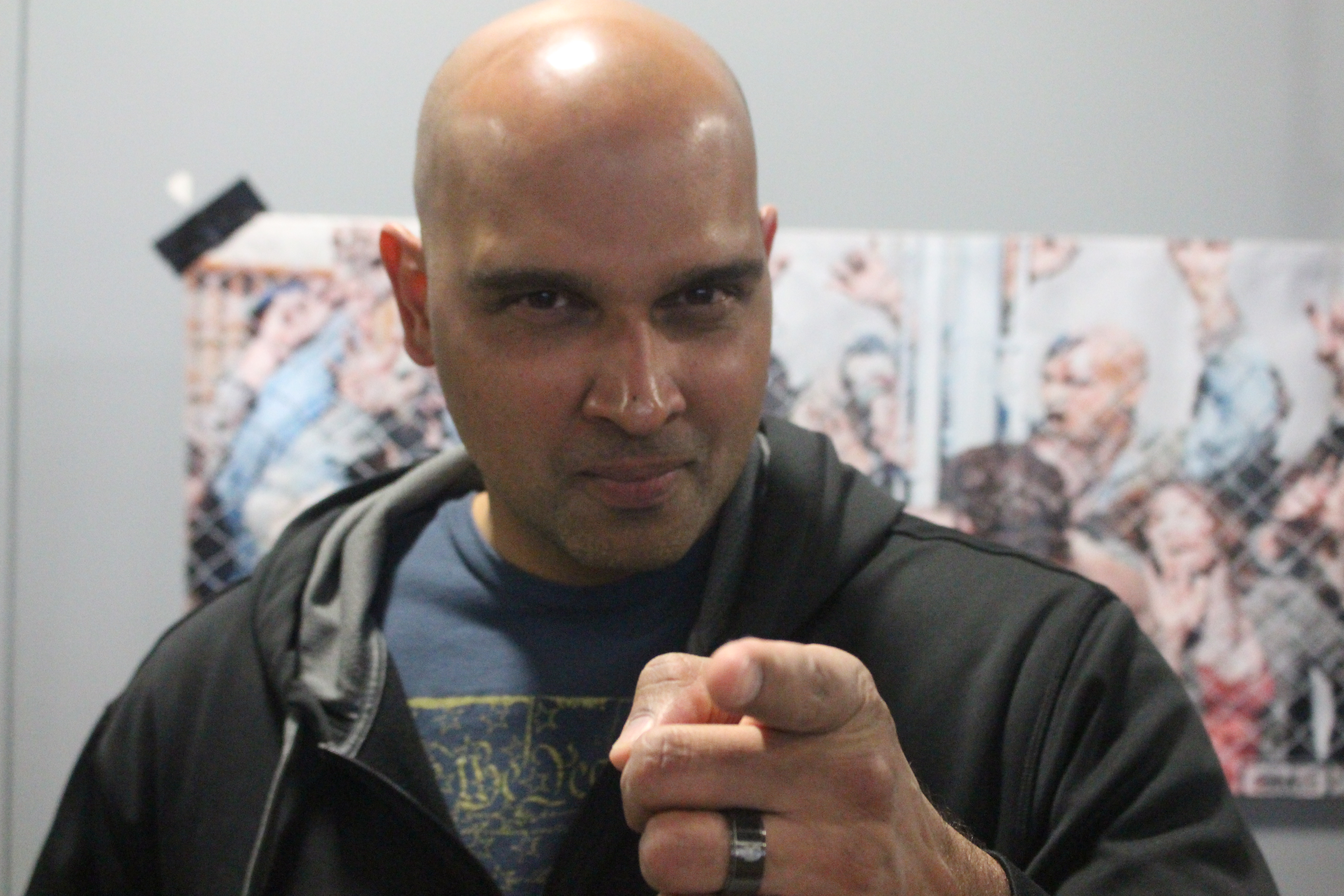 Jason Virus from The Walking Dead

In general, the convention was well attended and I thought a good start for Bowling Green. I don’t feel like they tried to overshoot or have more events than what a first-year convention can handle. The lineup of guests had just enough star power to be interesting. The convention hall had a nice cafe in it for food when hunger strikes and if you got tired of the convention hall, you could always go check out the National Corvette Museum. I’m looking forward to seeing what these guys come up with in the coming few years. 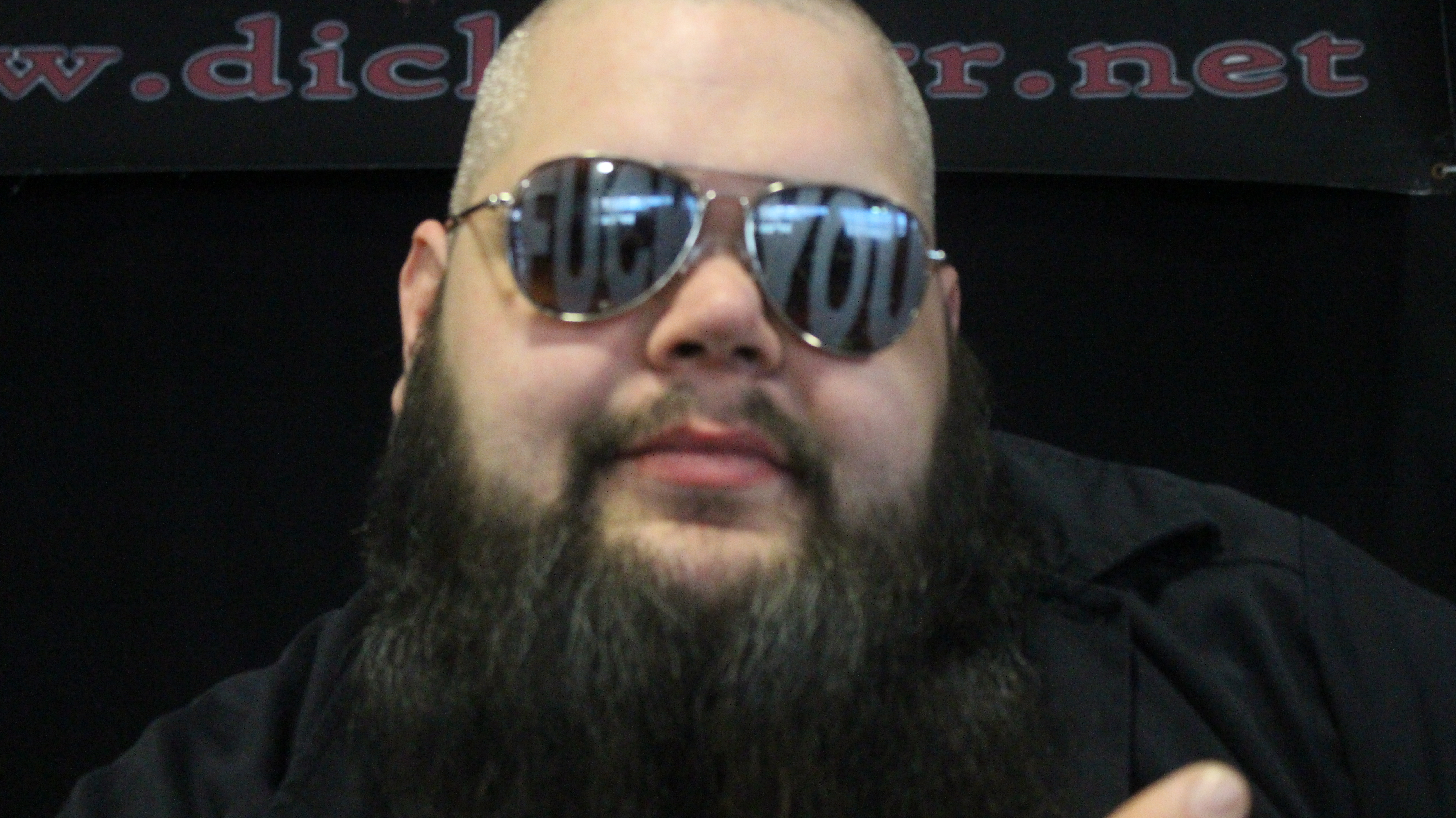 Shannon VanMeter, local indie film director and vendor, shares a laugh with us.