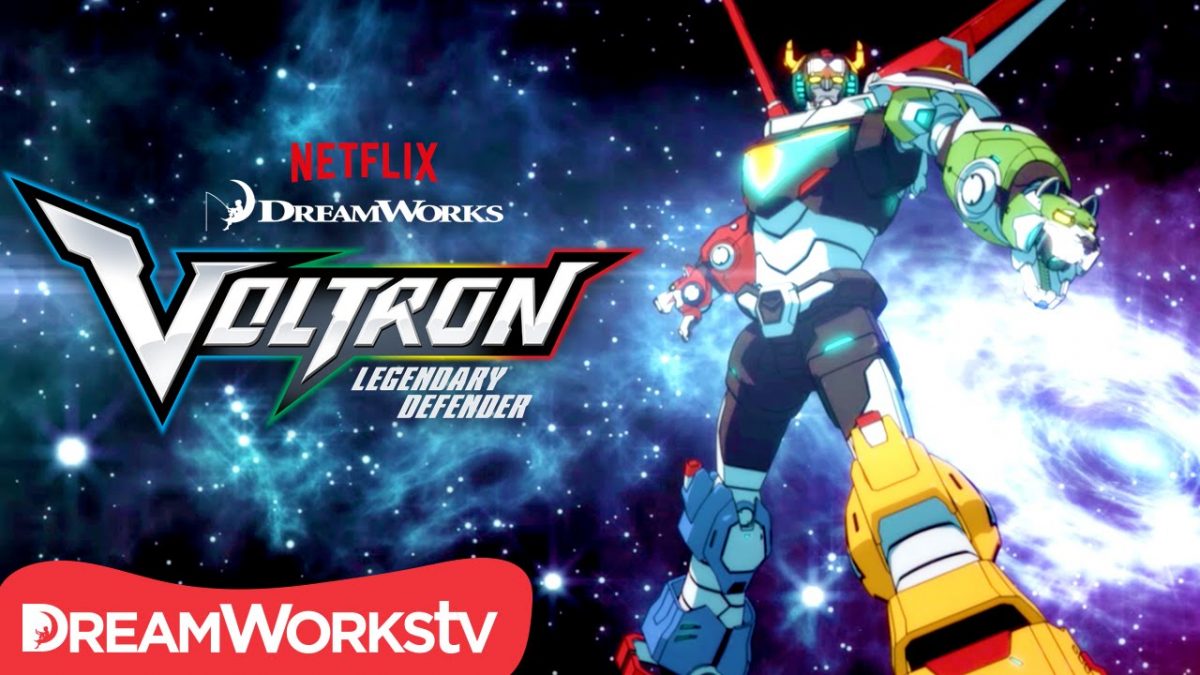 “Why do they have to form Voltron every time?” my 6-year-old pondered. When I was his age, I had the same thought. Some things never change.

Voltron forms once again for a new generation in the Netflix original, Voltron: Legendary Defender. From Dreamworks Animation, the latest reboot of the giant robot story is fun for all ages, but its target audience is the current generation of children.

As with most reboots, Legendary Defender borrows heavily from the ’80s incarnation of the multi-colored lion force robots. Many of the same lion pilots are reintroduced, including Lance, Hunk, Pidge and Keith (who still has his ’80s mullet). Along with Princess Allura and her trusty adviser, Coran, Team Voltron defends the universe against the familiar tyrannical King Zarkon and the Galra Empire.

I have not seen the original Voltron series in years, preferring it to reside untarnished in the nostalgic recesses of my mind. I made the mistake of rewatching an old episode of He-Man and sullied that show’s memories. I’ve only recently watched a quick Youtube clip of the lions forming Voltron, to verify Keith actually says, “I’ll form the head.”

As a child of the ’80s, long before video on demand, Voltron was an exotic show, relegated to obscure time slots on lesser-visited channels. The Japanese style of animation and various robots appealed to 7-year-old me. I remember vividly eyeing the toys at the mall, in awe of the shiny robots and their mysterious counterparts, Vehicle Voltron and Gladiator Voltron.

There is something familiar and refreshing in watching Voltron form. It’s reassuring — part nostalgia and part routine — indicating it’s time to get serious, form blazing sword and stop the latest giant monster.

Legendary Defender does a great job in modernizing the characters, while not straying too far from whom they are based. Each character has a few traits that mark them, much like a boy band. Lance is the arrogant one, Keith is stoic, Pidge the smart one, etc. But the show adds some nuance, making them slightly more than one-dimensional. They show fatigue, homesickness and anxiety. They’re as multifaceted as can be expected in a show primarily made for a 10-year-old.

This is not a serious, grim and gritty reboot. Legendary Defender is a light-hearted adventure series. It does explore some serious issues — there are slaves in the Galra empire — but nothing is overly heavy, especially considering the young audience. For every heavy note, the show uses plenty of comic relief. At times, it seems as if there is too much comic relief. If it had less slapstick silliness, it would be better. The character, Coran, at times, can be annoying and seems to have few serious things to say.

The animation is superb. It incorporates a clean anime style, with amazing computer animation of the lions and the Voltron robot. The lions’ movement and poses are superb; each lion seems unique. And the show uses the five-way split-screen shot of the pilots’ faces, reminiscent of the original series. The voice acting in spectacular, each balancing the dramatic to the comedic parts of their characters. Also gone is Pidge’s ’80s nasally voice. Pidge sounds like a real kid now.

My 6-year-old loves the show. He even snuck it on the TV when his mom wasn’t watching. He thinks it’s cool. As I watched the show and then watched him, I realized this is his Voltron. I’m not sharing this show with him, he’s sharing it with me. And that’s cool.