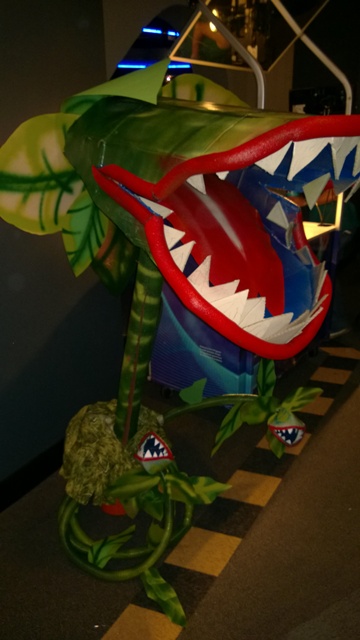 The Way Late Play Date is a semi-regular adults-only party held at the museum that always provides lots of fun themed activities, as well as tickets for a few adult beverages.

Up close and personal were more than a few Carnivorous Plants on display, taking its cue from Little Shop of Horrors (and hints of Plants vs. Zombies). Wannado Trivia kept the atmosphere lively with plenty of pop-culture trivia. The Rocky Horror Picture Show, Twin Peaks, The X-Files and They Live were just a few of the films highlighted. Prizes that were awarded to the winners. Hip Hues T-Shirts & Prints provided a cool commemorative Way Late Play Date print and Amazing Faces Photo Booth offered fun pictures for attendees. You could also participate in the make-your-own ectoplasm booth (from Ghostbusters), as well as check out the other great exhibits on display throughout the museum.

The Tennessee Ghostbusters were honorary guests to the event, showing off their great custom-made costumes and discussing the various charity events they regularly attend. They provided plenty of photo-ops, as well. 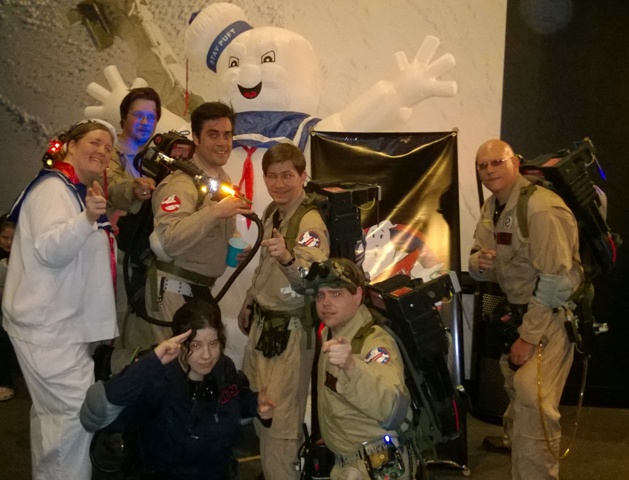 There were a couple of food trucks located outside for yummy snacks, while Mayday Brewery and Fat Bottom Brewing (along with a Wine and Soda bar)provided plenty of drinks.

Attendees were encouraged to arrive wearing costumes inspired by their favorite cult-classic movies. I was especially impressed by a pair of Blade Runner costumes. The Tennessee Ghostbusters had a tough job deciding the winner of the costume contest, which was awarded to a great Jareth the Goblin King cosplayer, based on Labyrinth. 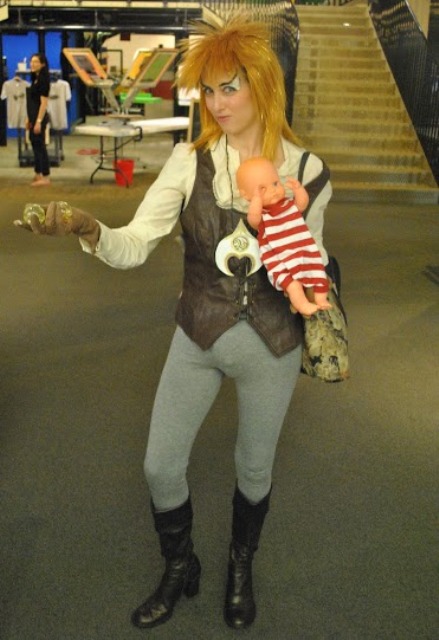 I wrapped up another great Way Late Play Date by attending Here Comes They Might Be Giants laser-light show in the planetarium, which was absolutely packed.

If you’ve ever attended the Way Late Play Date before, then you know all about the fun activities provided by The Adventure Science Center. If you haven’t attended this great event before, what are you waiting for? The next Way Late Play Date sounds especially intriguing: Star Wars vs. Star Trek is the theme, happening on July 31st. See you there! 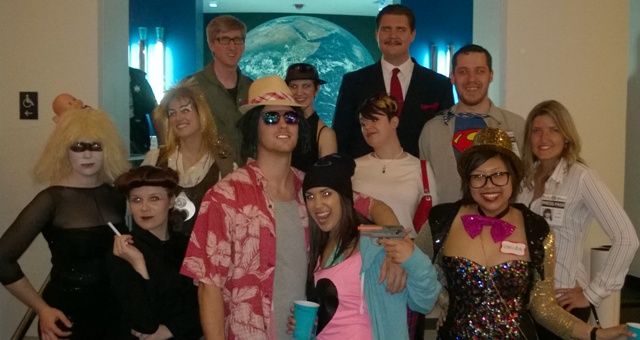