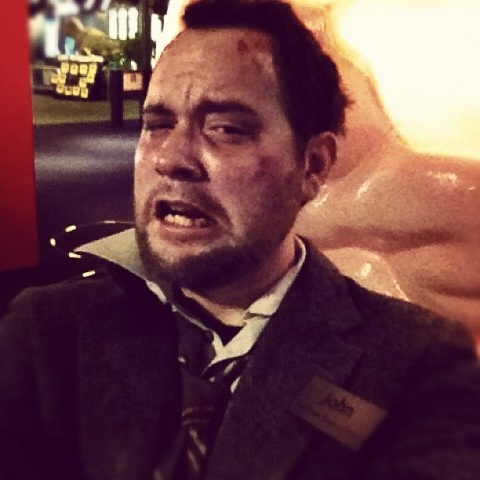 Per Matt
Nashville’s Adventure Science Center is about to get a little spooky!

This week, the museum is digging up danger with its Zombie-themed adults-only party, the Way Late Play Date. Youth Engagement Coordinator John Hawkins discusses dragging the undead into a party atmosphere, deadpans about the costume contest and gets grungy with the Laser Dark Planetarium Show.

What are some of your responsibilities at the Adventure Science Center?
– “Primarily, I plan and lead our high school youth development program (“Discovery Cr3w”). I also take on and plan the programming for some of our events here, at the Science Center. And, I manage our social-media efforts.”

What, exactly, is the Way Late Play Date?
– “Way Late Play Dates are pop-culture themed events for the 21+ crowd. It’s a chance to take a cool topic, teach some science related to the topic, and turn it into a costume party. It’s also a chance for native Nashvillians that grew up with Adventure Science Center/Cumberland Science Museum to come back and relive the glory days as adults. All of the exhibits are open, we’ll have a planetarium show going (this one coming up is a grunge-music laser show), food trucks cooking in the parking lot, a costume contest and general good times being had.” 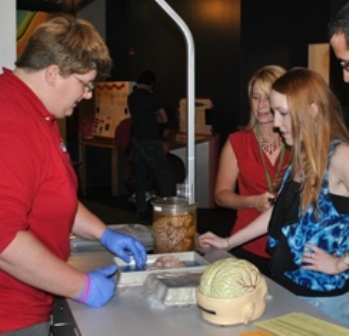 How long has this program been running?
– “We’ve been hosting Way Late Play Dates for about two years. But, the pop-culture themed approach has been going for one year. We have them every three months. Typically, they are in January, April, July, October and almost always on a Thursday night.”

How was the decision made to have a Zombie-themed event?
– “I love Zombies. I heart them, even. And, since there is science in everything, it makes sense to us that we should take topics that people love (or at least have strong, positive feelings for) and build cool events around them. In the process, showing off cool science activities related to the topic. People (as a whole) should never stop learning. And, any way we can get folks of all ages into our building and learning, we’re cool with.”

Is this the first Zombie-themed event for the Adventure Science Center?
– “This is the second edition of Blood Thirsty Thursday. Last year, we held it in April, to coincide with The Walking Dead season finale. It was also our first pop-cultured themed attempt and it was a huge hit.” 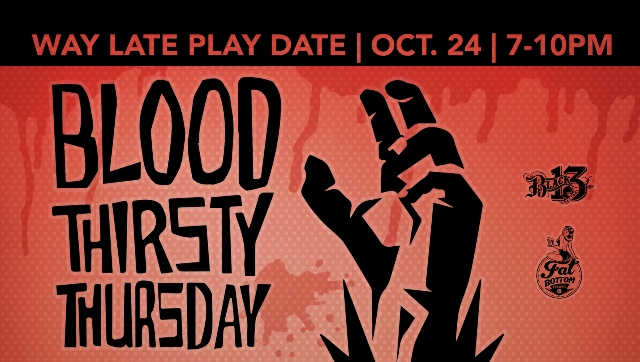 Can you tell me a little about Laser Dark Planetarium Show?
– “Not only does our planetarium show traditional-dome planetarium shows, we also have laser equipment and play songs with laser animations, blasting on the dome above your head. Think of it as a series of music videos, animated by lasers. Laser Dark is a new one of our shows. And, our it’s our first show that features an entire playlist dedicated to Alternative Rock. This show features cuts from The Smashing Pumpkins, White Zombie, Rage Against the Machine, Alice in Chains, Chris Cornell and others.”

What can the public expect at Blood Thirsty Thursday?
– “On the floor, we’ll have sheep-brain dissections, DNA extraction, bone forensics, a lesson about contagion and we’ll talk about the real-life zombies that exist in the animal world.”

What kind of games will be available at the Way Late Play Date?
– “Everything is really more of a science activity and not so much a game. For this one at least.” 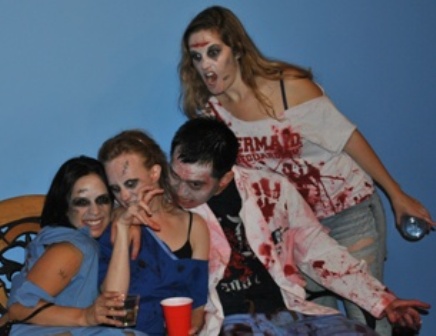 Are there any rules for the costume contest? Or is anything game?
– “We would prefer that your fake blood stay on your person and not on the exhibits. But, anything else is open. Last year we had a Zombie Juno, complete with baby. I’m sure you can imagine what that looked like.”

What kind of prizes will be offered for the costume contest?
– “We’re still putting the finishing touches on the prizes and I don’t want to make any false promises. But, I can promise that tickets to the next event will be included. For July’s Superheroes and Villains costume contest, we had some pretty sweet packages put together from several comic shops around town (as an example).” 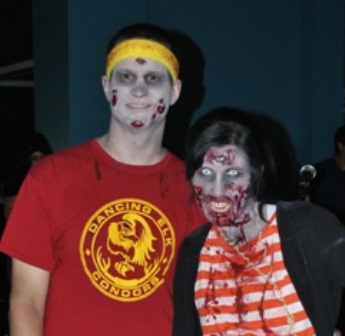 By the way, I love the idea of having an adult-themed party, with microbrew beer!
– “Thanks… we try.”