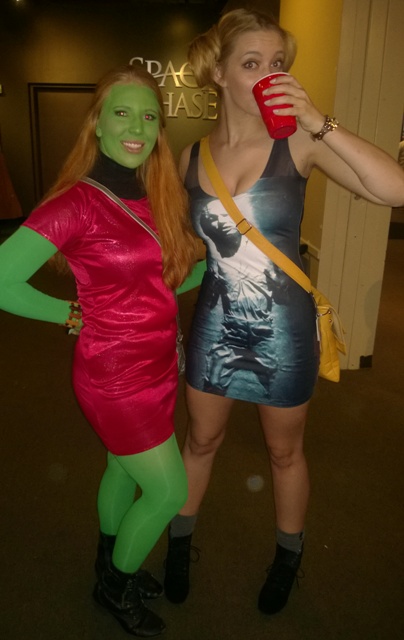 Per Matt
The Way Late Play Date got a little geeky with its latest themed party: Star Wars vs. Star Trek!

Every few months the Adventure Science Center hosts an adults-only themed party, featuring lots of science and fun. During each Way Late Play Date, all attendees get to experience all the center’s exhibits, including the laser game Body Battles in BodyQuest, the Tilt a World in Space Chase and the many levels of the Adventure Tower.

The Adventure Science Center has hosted some amazing adults-only parties in the past and this one proved to be the second-largest ever! There were so many tickets sold to this event, the doors opened 30 minutes earlier than originally planned. In fact, tickets were capped at 850 (875 were actually sold), which makes this event second only to the recent Doctor Who event (which was the biggest). 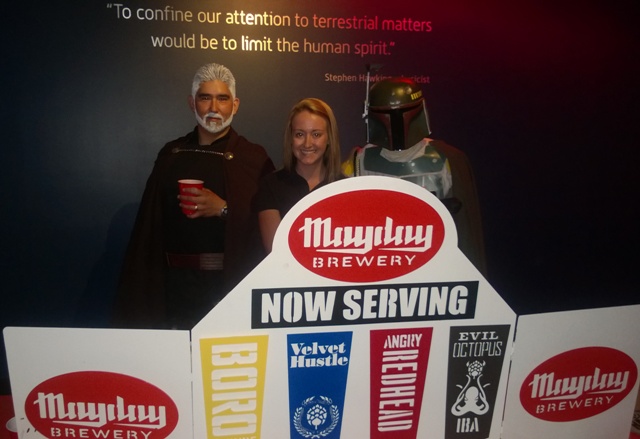 Nashville Geek Life was a sponsor (which I helped introduce at a previous Play Date). My friends at Mayday Brewery and Fat Bottom Brewery were fully represented with great craft beer. Staff members of the Geek Media Expo were also fully representing, promoting their upcoming Nashville convention in October. Members of the MidSouth Garrison of the 501st were roaming the Adventure Science museum and an incredible group of attendees enjoyed the fun (maybe even learned a thing or two about science). 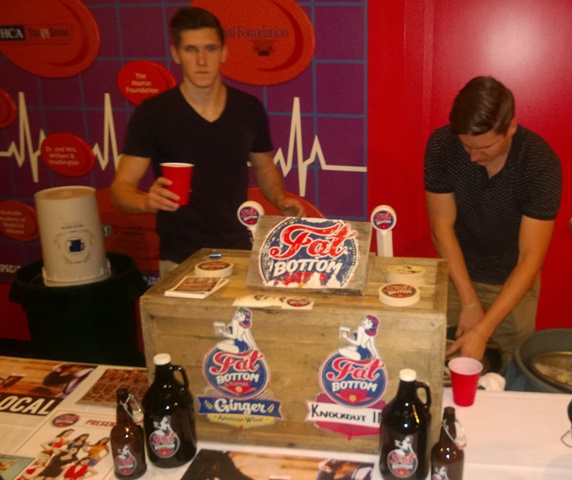 Throughout the evening, there were many themed events taking place, including:
– Magnetic Force, where attendees move objects with their minds.
– Galaxies Far Far Away, teaching about galaxies beyond the Milky Way and offering an artist’s rendering of the Star Wars galaxy.
– Phasers (aka Laser Challenge), where attendees destroy enemy space ships by bouncing phasers off a series of mirrors.
– Live debate between Star Wars and Star Trek characters.
– Admission included three beverage tickets (beer, wine, and soft drinks) 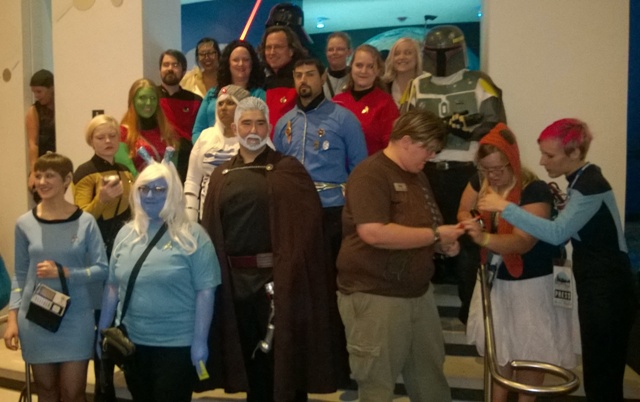 There were many great cosplayers in attendance, with Star Wars fans far outnumbering the Trekkies. The costume contest was fierce and I’m glad I didn’t have to choose the winner. Ultimately, Queen Amidala was the evening’s winner and all the contestants posed for a group picture. 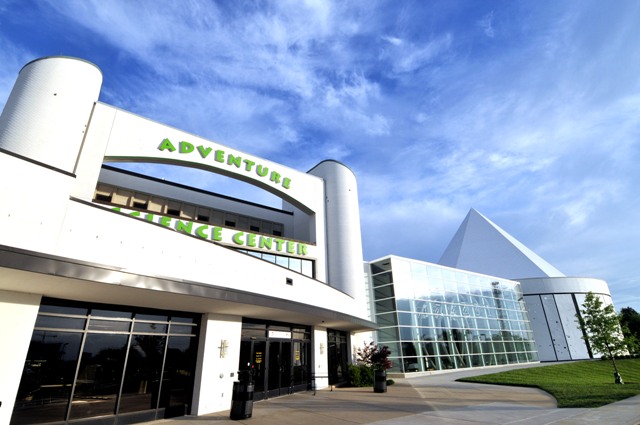 The biggest highlight of the evening was attending the planetarium show, Stars, narrated by Mark Hamill. I really enjoyed the film and really enjoyed myself while geeking out at the museum. Thank you to everyone at the Adventure Science Center for putting on such a great party. I can’t believe the next one won’t happen until October, but I can’t wait to attend that party… and hope it’s another Zombie Party! 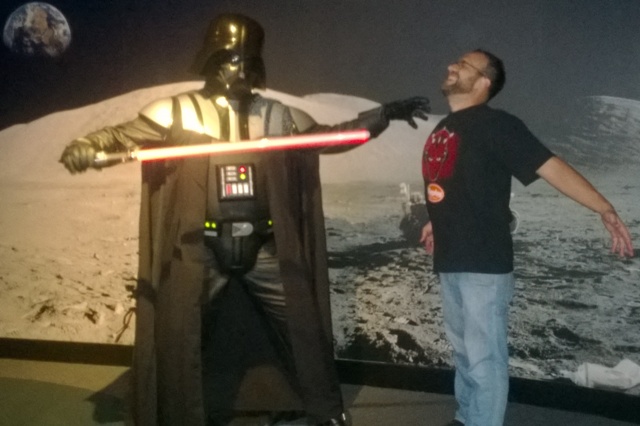