Ash vs. Evil Dead Season 2 or How Ash Gets His Groovy Back 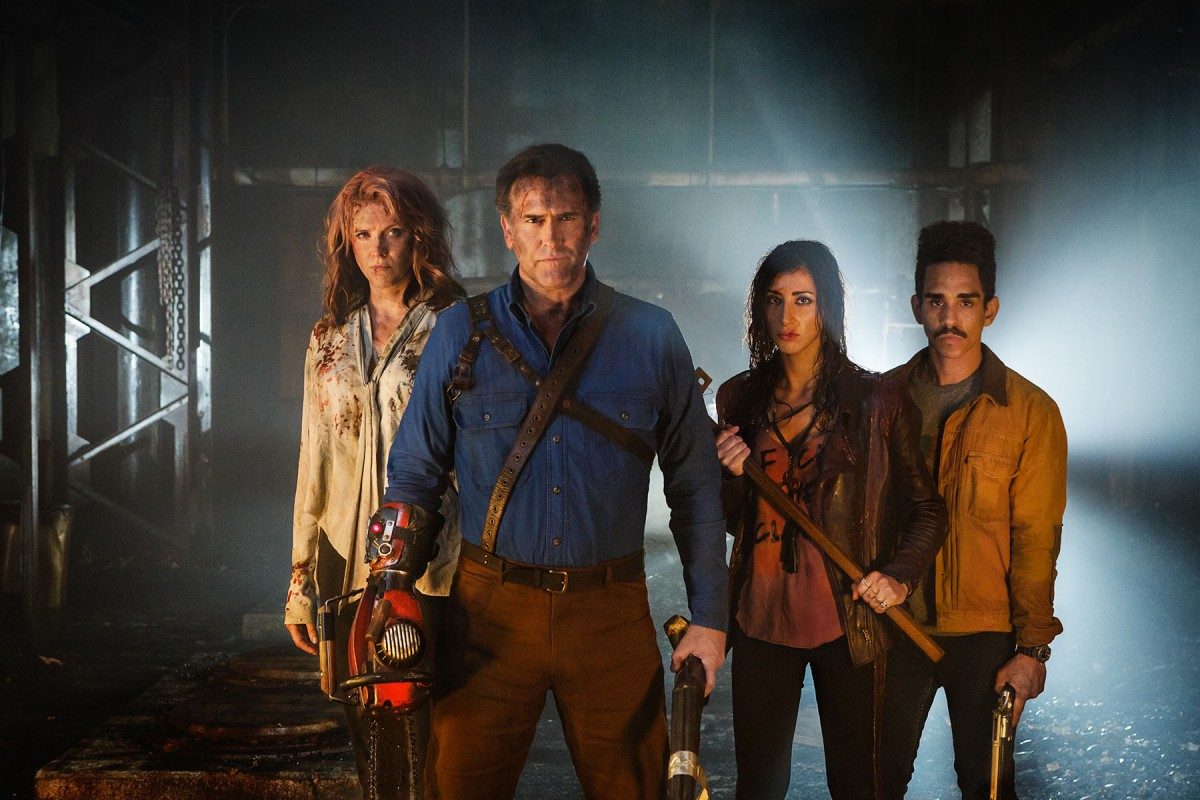 Ash, Kelly and Pablo have made their way to Jacksonville, Florida and are living it up there… if you call the life of a college student on spring break living it up. Which, obviously, Ash does. Of course, Ruby is unable to control her demon spawn and quickly summons the grooviest hero ever captured on celluloid to save the world for her. First, though, Ash has to make a stop by his hometown, where Lee Majors makes a cameo as his father.

Season 2 quickly dives into action, gore and one liners. However, this season seems to be more focused on Ash’s character development than last year. Fans of the series from the beginning know Ash started out as a college student who went on one of the worst camping trips, ever. So, his intelligence mixed with a stunted emotional growth and a sort of bravado (because let’s face it, he did, in fact, save the world) makes complete sense. For people not as familiar with the movie franchise, the series does a good job of slowly opening Ash’s story up to the viewers. Of course, that also isn’t necessary… fans of gory horror comedy can just revel in the blood and comedic banter. Learning about Ash’s background is just a bonus, really.

If there was something I didn’t like about this episode, it would be Ruby’s character shift. Last season, it seemed as if Ruby was more than likely going to unleash terror on the world and now it seems as if she is trying to save it. Perhaps the writers just weren’t sure where to go with that storyline and made minor adjustments, but who is to say for sure? It’s just the first episode.

I think this season is off to a great start, but the writers would do well to remember Ash is at his Ash-kicking best when he is in solitary scenes. His ability to play to the camera is impeccable and it’s best when we aren’t distracted by other characters. I give Ash vs. Evil Dead a tentative four stars, as I can’t really say which way this season will go, only that the first episode seems to have things on the right track.