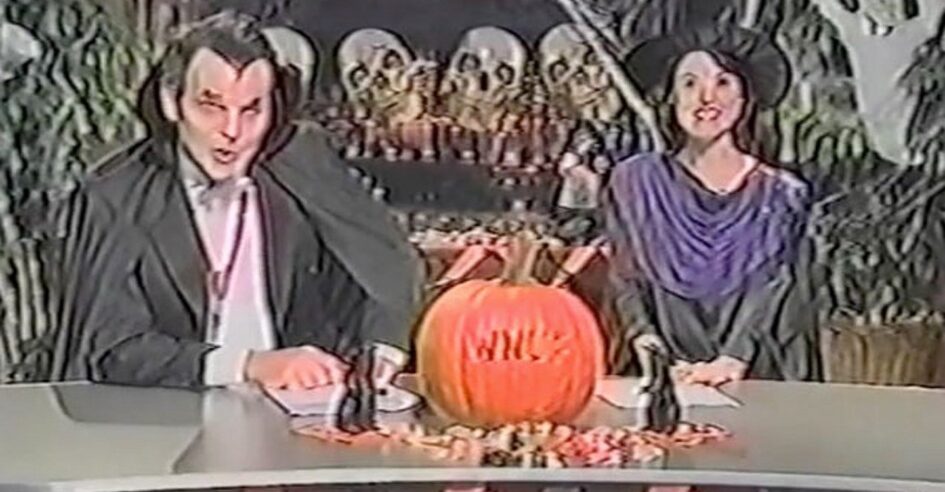 Even though I was born in the ’70s, I don’t remember any of it. The 1980s are where my memories begin to take shape. It was a fun time for kids. There were so many cool shows on. We had G.I. Joe, He-Man and the Masters of the Universe, The Transformers and tons of other great cartoon offerings. These were typically mainstream shows, put on by the major networks at the time, like ABC, NBC and CBS. I remember hurrying off the bus as a kid so I could catch the afternoon lineup, and waking up early on Saturdays for even more fun.

Later in the day, though, the cartoons disappeared and were replaced by more mature shows. Now, I am not talking about HBO After Dark-type stuff, or even what gets by the TV censors today. I am talking about shows like The Hilarious House of Frightenstein. This was probably the first time I remember as a young kid being exposed to “horror” elements. The show was not meant to be scary at all. But it did have a mad scientist a hunched-back sidekick, a vampire and even an unseen monster called the “Three-Toed Sloth” (which incidentally made me want to know more about them and then fall in love with the cute animal for the rest of my life).

There is just something about ’80s television that I cannot forget. Local stations had some interesting shows. I loved watching Mid-South Championship Wrestling, some of the local talk shows and even a couple of local “horror hosts” who would typically present low-budget scary flicks in the middle of the day on Saturdays. And don’t even get me started on the local advertisements. Almost all of them had incredibly bad acting, muffled vocals and that low hum heard in almost everything recorded during the decade. The quality of ads may have gotten better, but that hum is always in my head and can quickly make it easy to identify the era of a VHS tape. 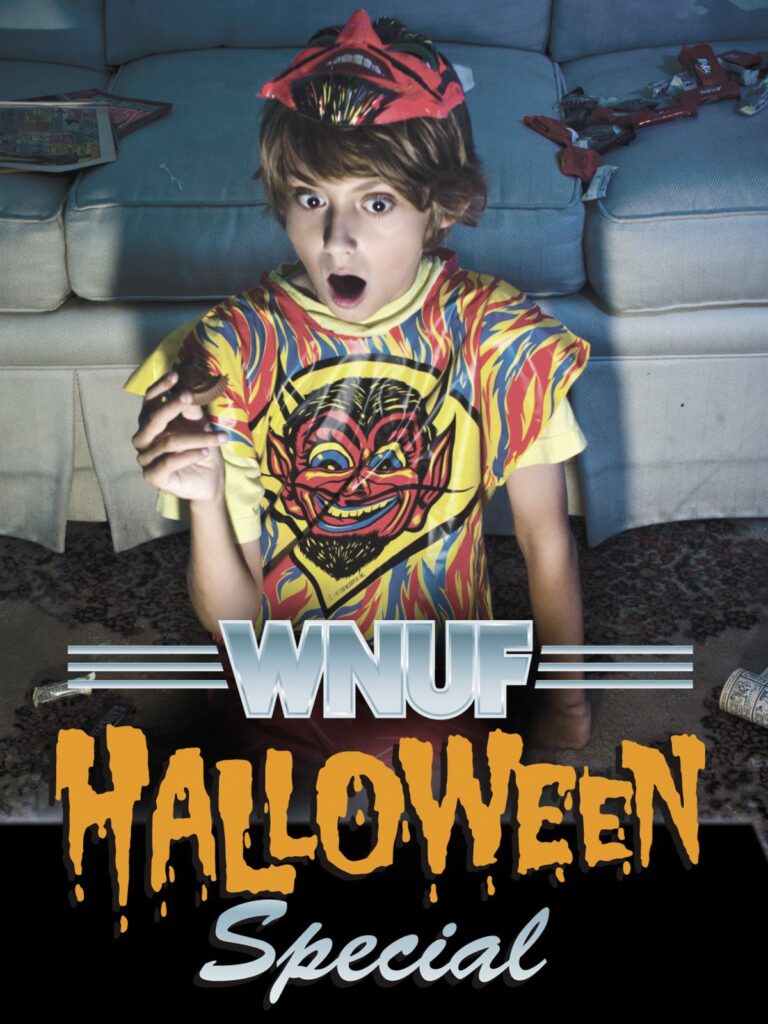 Shudder has added an amazing nugget of nostalgia with the 2013 film, WNUF Halloween Special. While it was made in 2013, director Chris LaMartina perfectly captures the spirit of the ’80s in the film. The promotional poster looks like a VHS box you would see at your local video rental store. The audio is muffled and has the iconic hum. The video, itself, has the VHS quality, featuring grainy footage, ripples and bad contrast quality. I seriously fell in love with it within minutes of watching.

WNUF Halloween Special is presented as a recording of a local television station. Like many stations during the ’80s, WNUF decided to create their own small production for Halloween. Reporter Frank Stewart (Paul Fahrenkopf) is the main host for the show. Shot as both a news event and documentary, the WNUF Halloween Special is focused on the Webber House, which was the site of a horrible murder. After many incidents of strange activity at the house, the station hires Louis and Claire Berger (Brian St. August and Helenmary Ball respectively), a husband/wife paranormal investigation team to conduct a séance at the house. The station also hires a Catholic priest named Father Joseph Matheson (Robert Long II) to conduct an exorcism, if needed. They don’t know what evil moments will soon follow and be captured on film. 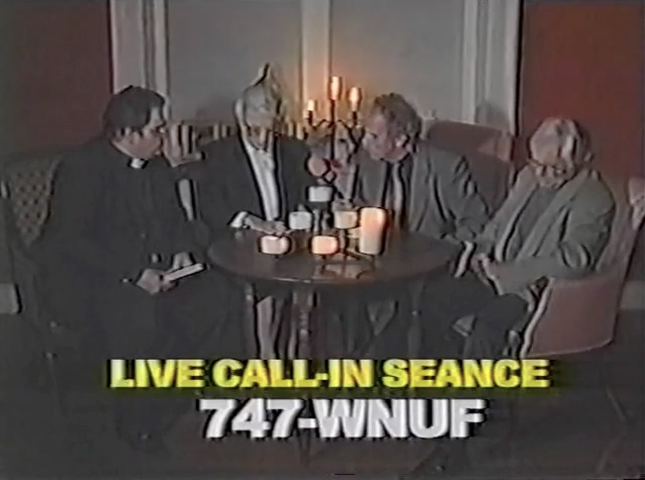 If it is not already apparent, I freaking love this film. In addition to the Halloween special itself, the movie has several commercials for fictitious local businesses. These border on hilarious to being ever memorable to me. It took me back to watching TV at my parents’ house. Back to a simpler time when we didn’t have the internet and tons of technology to take up our time. Everything about the film did this. The news segments fed into this, as the anchors had lame jokes and even more lame laughs with each other. There was even a news story about a dentist buying back candy after Halloween, which is a story I remember as a kid sitting at home, eating my Halloween gains.

I can’t find fault with anything in this film. That is extremely rare for me. Maybe the film just hit a nerve that has given me “the feels.” It’s so rare for movies to do that nowadays. I am always complaining about how Hollywood just regurgitates films over and over again. And if we take a non-biased look at WNUF Halloween Special, we know it is just a found-footage film done with a 1980s overlay. But it is so well done, it is hard to not view it as anything but a vintage film. While it may be only 7 years old, it feels like it is 37 years old. All I can say is, “Bravo!”

WNUF Halloween Special gets a solid five out of five stars. I have watched it four times already, and have not gotten tired of it in any manner, yet. It’s like taking a trip down memory lane. It’s a horror-comedy that just fits its premise. A must-see film for anyone born during the ’70s and ’80s. It is available on Shudder right now, but if you can’t find it there, I highly recommend finding a copy wherever you can. It’s that good.

Now if you’ll excuse me, I have to go watch WNUF Halloween Special again. 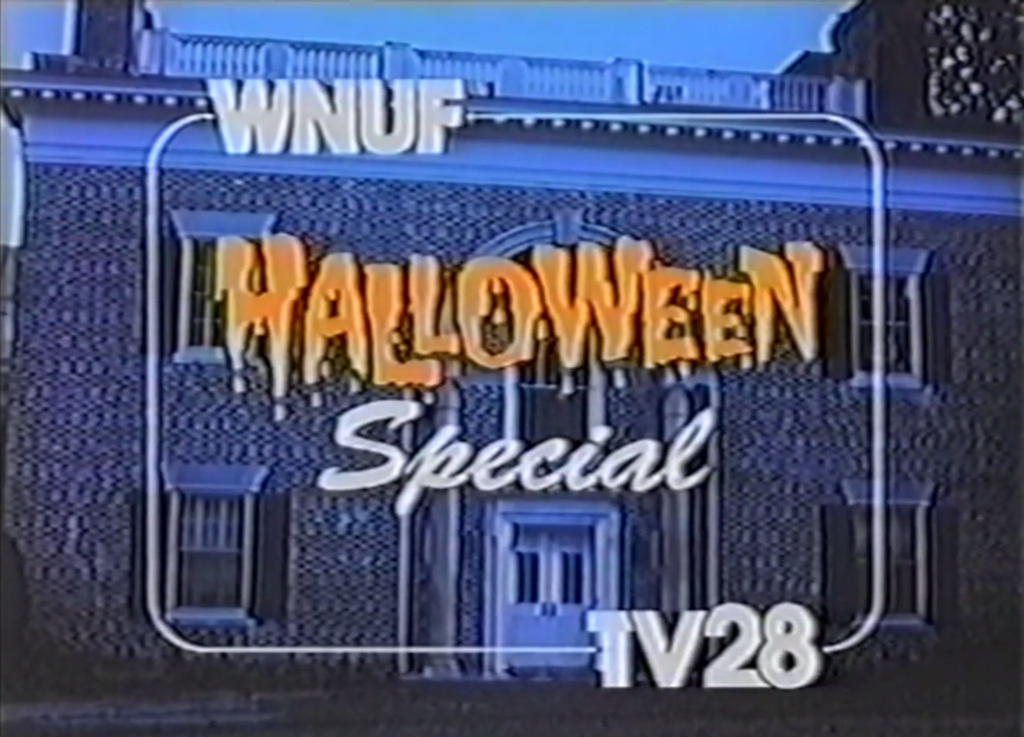