Wonder Woman: No Promotion for the Amazonian Warrior

Wonder Woman’s solo movie is being released on June 2, 2017. Raise your hand if you knew that’s the date it’s coming coming out. Most of the geek fandom probably knows that. But what about the rest of the public? Wonder Woman is not receiving nearly as much promotion as last year’s Batman v Superman or Suicide Squad, and certain members of the public are taking note. Why is the most iconic female superhero — the first female solo superhero movie — not getting the marketing it deserves? The values Diana represents: courage, strength and equality for women are not being embodied in their promotional campaign.

Batman v Superman and Suicide Squad had impressive advertising campaigns leading up to each film’s release in 2016. The public was bombarded with DC’s first foray into its own cinematic universe. The venerable pantheon of superheroes in the DC Universe copied the gameplan from their Marvel Cinematic Universe counterparts, matching a series of single hero-focused released movies to a planned, scheduled crescendo with the Justice League film.

From the cereal aisle to their social media, one couldn’t get away from the ubiquitous of ads. Although the films were financially successful, they did not reach critical success. Yet, one of the highlights of the Batman v Superman film was the introduction of the DC Extended Universe (DCEU) Wonder Woman, as portrayed by Gal Gadot. The character was received well and her solo film is a highly anticipated part of the DCEU rollout, following the highly irregular Suicide Squad film. But with less than a month before the film’s release, the amount of promotional materials is pithy.

Fear of diminished returns following an extensive campaign may be driving a smaller one for Wonder Woman. Warner Bros. invested a ton of money, not just in producing Batman v Superman and Suicide Squad, but also in their promotions. And while each film was profitable, it was not nearly as much as was anticipated, especially for a film that stars the two most iconic superhero characters in the world. These were two characters the public was familiar with and loved. Yet Batman v Superman did not cross the hoped-for billion dollar box office mark. Suicide Squad, with far lesser expectations, did well, considering the film starred characters on the other end of the good/evil spectrum and had a smaller budget.

If Warner Bros. feels that spending the money marketing Wonder Woman in the same manner as their prior movies will have little result, they are missing a golden opportunity. Fear of box office drop offs should not dictate a potential franchise emboldening. I hope, now that Guardians of the Galaxy Vol. 2, the first superhero blockbuster of 2017, has been released, Warner Bros. is preparing the appropriate response to promote Wonder Woman. 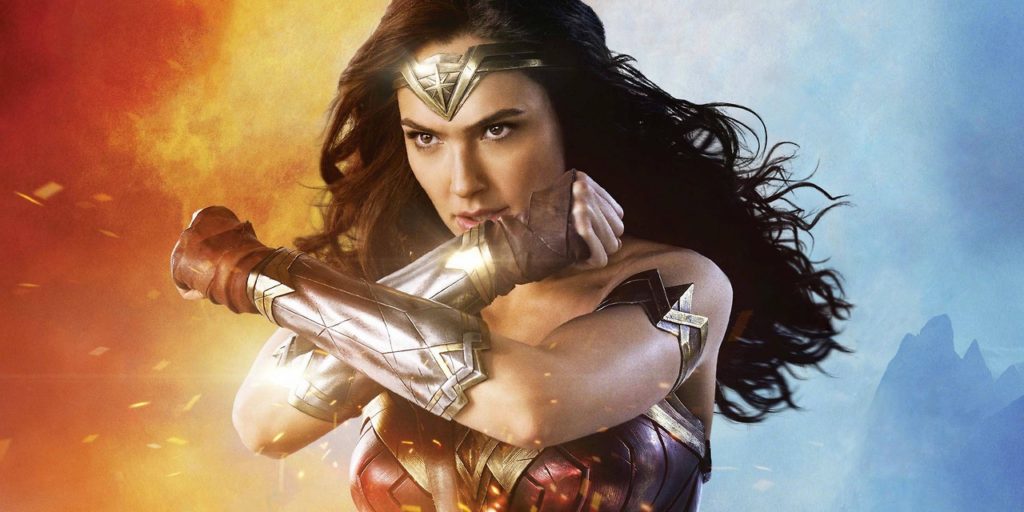 The lack of promotion also shows a lack of confidence in the film itself. Poor reviews and word of mouth plagued both Batman v Superman and Suicide Squad. The tone of the DCEU is darker, edgier — modern — compared to the camp and light-hearted fair of the earlier movie franchises. Wonder Woman has so much potential as an origin story and period piece, transitioning the Batman v Superman to the Justice League films. Much like Captain America: The First Avenger, it has the opportunity to introduce a new character without the baggage of a huge cast of heroes and villains. But maybe the studio does not feel their film can hang with the Captain Americas and Deadpools of the world? Put your money where your product is, Warner!

But more than anything, Diana represents the power of women, everywhere, to be strong and courageous. Wonder Woman is an icon. She is the most popular female superhero. Girls and boys, young and adult, recognize her on-sight. There have been other female superheroes since, but they don’t hold the sheer cultural significance Wonder Woman represents to the world. Despite Marvel’s Black Widow starring in multiple films in the MCU, she has yet to star in her own solo movie. Even Ant-Man (no disrespect) got a solo movie before Black Widow.

To say the lack of promotion by Warner Bros. is a slight is an understatement. It’s sexism — unintentional sexism. Warner Bros. has no idea how to market a strong female hero, in a role predominantly held by boys. Or worse, it has no desire to market her. Or even worse still, they fear she will outshine the rest of their Justice League.

Warner Bros. needs to employ Wonder Woman’s courage, confidence and feminist strength in their promotion of the film, or much like Diana’s invisible jet, no one will see it.