What Year Is It Again? 2016: The Year of the Throwback 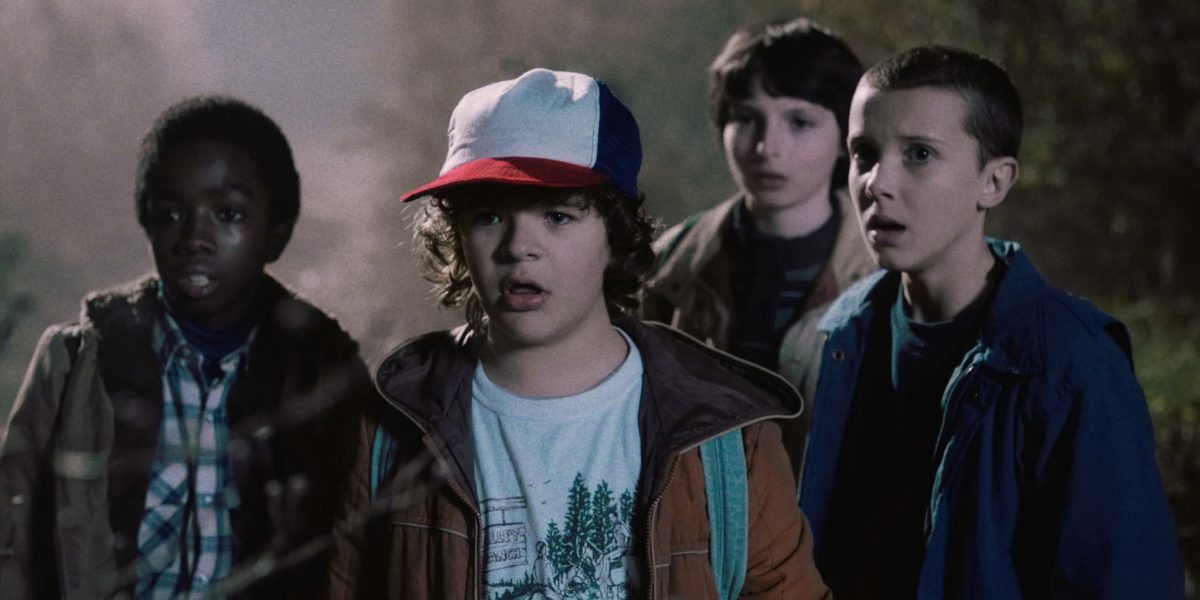 The hottest TV show of the season stars Winona Rider, features a band of geeks that love Dungeons & Dragons and Farrah Fawcett’s signature ‘do.

Pepsi Crystal and Surge are back on the shelves, Ghostbusters is on the big screen and Guns N’ Roses are back together. Even in my own home, we sip Ecto Coolers and rabidly play Pokemon. It’s enough of a throwback to make you look around and wonder exactly what time warp you fell through to land in 1984. Speaking of the Time Warp, even cult classic The Rocky Horror Picture Show is getting a remake, thanks to Fox.

America has become a country obsessed with the “throwback.” Every year, the fashion industry sees a resurgence of some particular passed era, but one has to wonder why we keep reaching to the past. For many, the concept of the throwback brings memories and sentiments of simpler times, when life seemed slower and less complicated. For us geeky-types, though, it also allows us to relive the glory days of our youth, when we could love whatever we wanted without all the present-day Internet broadcast of social media.

My favorite example of this is Netflix’s Stranger Things, which views like a Spielberg film and is chock full of my childhood. I was delighted to see the characters playing D&D, but more importantly, Elle’s pink dress looked just like one I had as a kid. Big sister Nancy eerily reminded me of my own high-schooler big sister in the late ’80s, and I, too, have an inexplicable love of Eggo waffles. Big bulb Christmas lights, rotary telephones and vintage tees that weren’t vintage all stir up memories of childhood. Even if you weren’t a child in the ’80s, however, there’s still plenty of nods to ’70s and ’80s films to make the series worth watching. At a mere eight episodes, it’s an easy, yet awesome, blast from the past.

Hollywood is also taking advantage of the throwback craze, almost to the point that I’m beginning to wonder if they have completely run out of new ideas. The newly released Ghostbusters remake is a modern homage to the originals, and slated for later this year (or next) are remakes of classics such as Mary Poppins, Splash, The Craft and Police Academy. But wait! That’s not all! Nickelodeon favorite Rocko’s Modern Life is getting a live-action remake and Emma Watson will be starring in the live-action remake of Disney’s Beauty and the Beast.

So, really. What year is it again? It may be 2016, but for this 1983-born girl, sometimes it feels a lot more like 1996. I’m totally OK with all of these momentary reminders of being kid, and even better, having an opportunity to share a small glimpse — and lots of memories — of my childhood with my own kids.