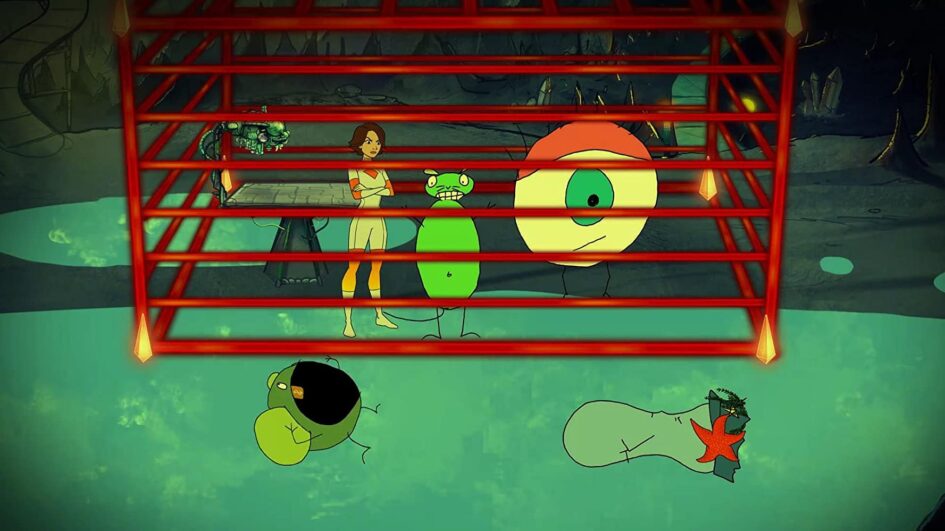 Per Matt
A green talking mouse caught in a world of espionage that enjoys drinking beer. If that brief summary doesn’t ring a bell, there’s a decent chance you’ve never watched 12 oz. Mouse. Airing 15-minute-long episodes on Cartoon Network’s Adult Swim late-night programming, if your reaction isn’t, “This is so weird,” you’re not watching it right. Perhaps you should add imbibing or partaking to your routine for it to make some sort of sense. Or maybe it really isn’t supposed to. That’s probably more like it. But it really is a fun show to watch.

For years, I’ve enjoyed watching the crudely drawn, absurdist, surreal lo-fi animation, never knowing exactly what was happening on the screen. And then it abruptly ended with no true resolution in 2006 and an online episode eventually aired five months later.

Enter Season 3, coming to life almost 14 years after the show initially wrapped. In it, all of the explosions, lasers and gunfire returned, along with the revelation that dark forces have actually entrapped Mouse “Fitz” Fitzgerald and his friends in some sort of trap within a trap, stuck in a maze within a maze for all of these years. Fitz never realized these suppressed thoughts due to his never-ending inebriation. (Inception + Alcohol = 12 oz. Mouse?) Throw in some sort of interdimensional portals and a need to find the way home and you’ve got a loosely threaded mystery with undercover spies and even thriller subgenre storylines. That’s a mouthful. It’s also pretty funny at times.

Surrounding the antisocial alcoholic mouse is a screeching clip-art chinchilla (Skillet), a baked law enforcement legume (Peanut Cop), an arrogantly rich shape (Rectangular Businessman), a ruthless power broker (Shark), a shapeshifting bartender (Rhoda), a teleporting hip-hop artist (Golden Joe), a corn dog farmer (Roostre), an exterminator bee (Buzby, voiced by Dana Snyder), a mispronouncing ocular creature (Eye) and a walking umbrella (New Guy), among others. And then there’s The Shadowy Figure, who’s always up to no good. To quote my favorite ’80s cartoon, there’s more than meets the eye to this series. Layers upon layers, if you will. 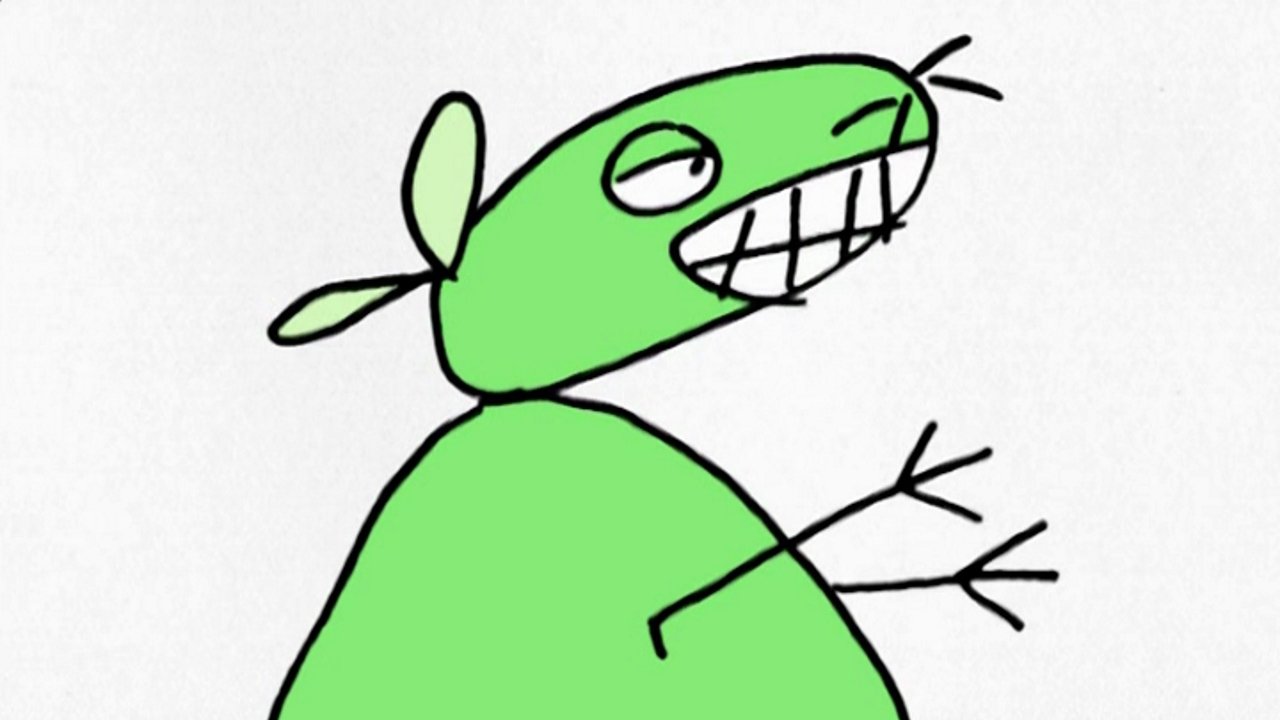 This is an example of what the first two seasons of 12 oz. Mouse originally looked like.

Watching these familiar characters experience new situations brought an oncoming rush of nostalgic flashbacks. Adult Swim originally launched in 2001, so there’s been plenty of great, funny and usually crudely created programs to have aired that ended way too soon. Thanks to a everlasting loop of replays, their lifespan was extended until they were jettisoned off to a streaming service in order to make way for new shows which never quite hit the high notes of those originals.

Squidbillies. The Venture Bros. Space Ghost Coast to Coast (and The Brak Show spin-off). These were joined by Harvey Birdman, Attorney of Law, Sealab 2021 and Aqua Teen Hunger Force. Each of them were all great shows when they aired. What’s preventing [as] from reviving them?

We’ve already seen that bringing back network staples Samurai Jack, Home Movies (originally airing on UPN), Moral Orel, Perfect Hair Forever, Tuca & Bertie (previously on Netflix) and Star Wars: The Clone Wars (originally revived, then moved to Netflix for another revival, ultimately over to Disney+ for yet another) can be successful transactions. And then there’s the on-again-off-again ATHF (co-created by Matt Maiellaro, also the creator of Mouse), which may never leave the programming block (and well deservedly so).

As a Child of the ’80s, I would absolutely hate to see another reboot, but I’d LOVE to see a revival of the adult-themed ThunderCats series that originally aired from 2012-2013 and I was FLOORED when it was immediately cancelled after the ‘Cats finally fought the lizard people. And I’m sure fans of Metalocalypse would be stoked for that show’s return. And while we’re throwing out a wish list, how about more Space Dandy, Tom Goes to the Mayor and more of the Tim & Eric Shows? And while it’s most likely a very small possibility, I’d be all about another serious GI Joe adaptation (GI Joe: Resolute was bloody brilliant!).

I guess what I’m trying to say is I like beer. I like 12 oz. Mouse (and hope it returns yet again). I also like cheese. So, when exactly will Loiter Squad return?