AMC Must Renew The Terror for a Third Season! 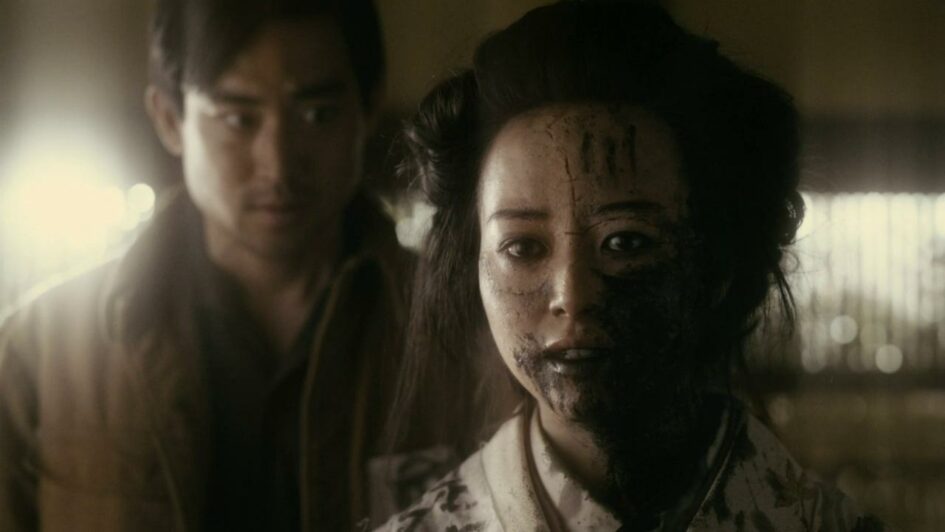 Supernatural horror gets historic in The Terror: Infamy.

There’s something very interesting about pairing a supernatural storyline with a historic event. While Season 1 of The Terror felt more successful at creating a supernatural menace stalking actual stranded ships on a historic voyage through the Arctic, Season 2 turned the show into an anthology horror series, taking the viewer to an Asian-American internment camp during WWII that was haunted by a kaidan. It was a mighty bold decision for the second-season series and at times it was hit or miss, although it was always entertaining.

While a great concept, the second season never really generated “the terror,” only the real-life fears that came from the wrongly jailed Asian Americans. It was very moody and interesting to get a horror story actually told from a different perspective, and as much as I wanted to enjoy it, the show felt less than realistic multiple times. Infamy felt like more a supernatural fiction story that takes place during an actual misstep in America’s wartime history than a story that really happened in the past. It’s tricky to make superstitions and magic feel real.

With that being said, is a third season possible for this series? There must be more historical horror and drama for The Terror!

Deadline posited the possibility of AMC mulling a third season, but if the greenlight is given, what would be the next great unexplained topic? Could it be The Dyatlov Pass Incident? What about Roanoke Island? Why not the mysterious Bell Witch? I could go on and on with possible storylines (What about somehow including Bigfoot?), but I just want the network to make the decision soon, so as a fan, I can prepare my research.

As noted in the Deadline comment section, “This is American Horror Story, but lots classier, better and with a bigger scope.” Now that’s a concise description that would look great on any advertisement!

Season 1 was more historical psychological horror, with a touch of the supernatural. The second season went away from that format, dealing with more traumatic effects of being wrongly imprisoned, as well as a touch of family politics, with some baby mama drama thrown in for good effect. Hopefully, a third season will right the ship, so to speak.

Dealing with dark secrets, turmoil and a boogeyman are all good possible storyline elements for Season 3, maybe to go along with some revenge and suffering… possibly a great sacrifice!

Fresh Off the Boat, Crazy Rich Asians and The Farewell paved the way for Season 2 of The Terror, bringing a cultural mystery to a minority ensemble cast that was a great watch. I can only hope that a third season will continue the inclusivity.

If the previously mentioned topics don’t get addressed, I’d really like to see a story taking place in another country, whether that’s in Europe, North America, South America or otherwise. Most of all, I want to see another great story that for the most part is believable with plenty of historic facts to dress up the storyline.

I guess what I really want to see is a great supernatural storyline, somewhat based on historical events. Make it so, AMC!