The Wind Blows Chills Down Your Spine 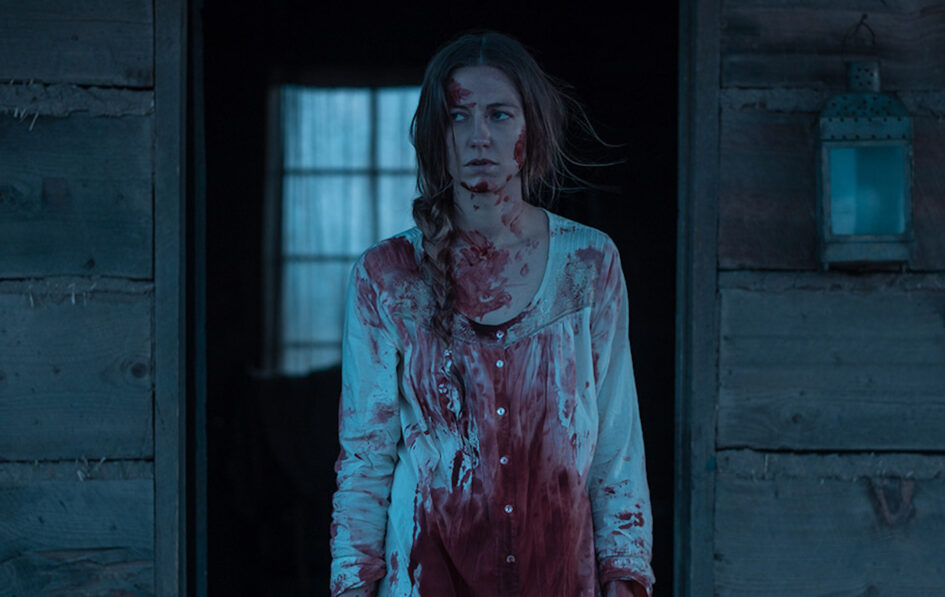 There’s something about horror films taking place in the pioneer days that just makes them all the more creepy. It could be that you know the victims are truly cut off from society, with only those in their general vicinity able to provide any form of support. There are no cell phones, police departments or even electricity to sorta calm the nerves of those involved. The only thing between the hunted and the hunter is maybe a few wooden walls and some firelight.

Not every horror film that takes place in these “colonial spirit” years ends up having a satisfying ending. The Witch (2015) took place with a family that lived outside the realm of human contact, and while it had its creepy moments, it fell flat in its ending. The Village (2004) had a pretty great premise, but the reveal turned the monsters into nothing more than a mentally challenged man-child. While some films like Sleepy Hollow do work and become timeless classics, it seems like Hollywood has a lot of misses for each hit they come upon when focusing on the 1600s to the 1800s.

IFC Midnight has released its entry into this genre of horror films. The Wind, directed by newcomer Emma Tammi, takes place in the American frontier during the early nineteenth century. Lizzy Macklin (Caitlin Gerard) and her husband Isaac (Ashley Zukerman) move to New Mexico to start their own settlement. After some time there, another couple, Emma and Gideon Harper (Julia Goldani Telles and Dylan McTee, respectively), move to the area and take up residence in an old cabin. Emma and Gideon are expecting a child, even though Emma does not love her husband deeply. Emma and Lizzy form a friendship, as Lizzy had lost her unborn child and looks forward to helping Emma through her maternity time.

However, supernatural activity begins to happen around Emma. She is haunted by visions of demonic creatures, believing they are coming for her and her child. Time passes and the families draw closer together, with the exception of Emma. Reaching the end of her pregnancy, Emma makes a final decision. And that decision begins a whirlwind of terror that envelops not only herself, but drags Lizzy in as well.

While on its face, The Wind feels much like the previously mentioned film, The Witch. In each film, families are plagued by demonic and ghostly activities that take the emotional, physical and spiritual tolls on everyone involved. But unlike its predecessor, The Wind capitalizes on this factor. In the film, Lizzy is left alone for several days, while the others are away on business in the closest town. While she believes she is visited by a priest during this time, Lizzy becomes lost in a world of confusion, not sure if what she sees, hears or feels is real. Ultimately, these forces of darkness weigh down on her to the point of breaking her soul. While The Witch ended with an option for the protagonist to join these dark entities in their celebration, The Wind takes the characters the opposite route, leaving them hopeless and terrified.

Many times in horror films, the development of characters is lost. However, actor Caitlin Gerard delivers a fantastic performance as Lizzy. She is shown at first as being very much in charge of herself and an equal to her husband. But as the movie progresses and the demonic forces begin to latch onto her, the demeanor of her character changes, both physically and mentally. And this terrifying change is conveyed perfectly by her acting abilities.

The film does rush things quite a bit, however. If you miss an important moment or scene, then you find yourself lost later in the film. The film goes from zero to 100 in a split second. Things are peaceful and serene on moment, then scary and vile the next. The film lacks any build up to the horror. And for that, it misses the mark and loses some of the tension it could have built over the course of the film. And, maybe as a consequence of this speed, the ending of the film is just laid out for everyone to see. Some of these things would have been better left to the imagination, to allow the audience to draw its own conclusions.

The Wind gets three out of five stars. While not full of dialogue, the performances in the film are great, especially from Caitlin Gerard. However, The Wind is a perfect example of the “when bad writing or editing happens to good actors” trope. The rush to the end of the film, lacking any build up, kills the suspense this film could have easily made. When it slowed down and took a breath, it was genuinely a great horror film. But those moments are gone in 60 seconds, and then the audience is right back into the whirlwind. Still, I feel that this is a solid start for director Emma Tammi, and hope she hones her craft further with future projects.