Army of Thieves: Epic Heists During the Zombie Apocalypse 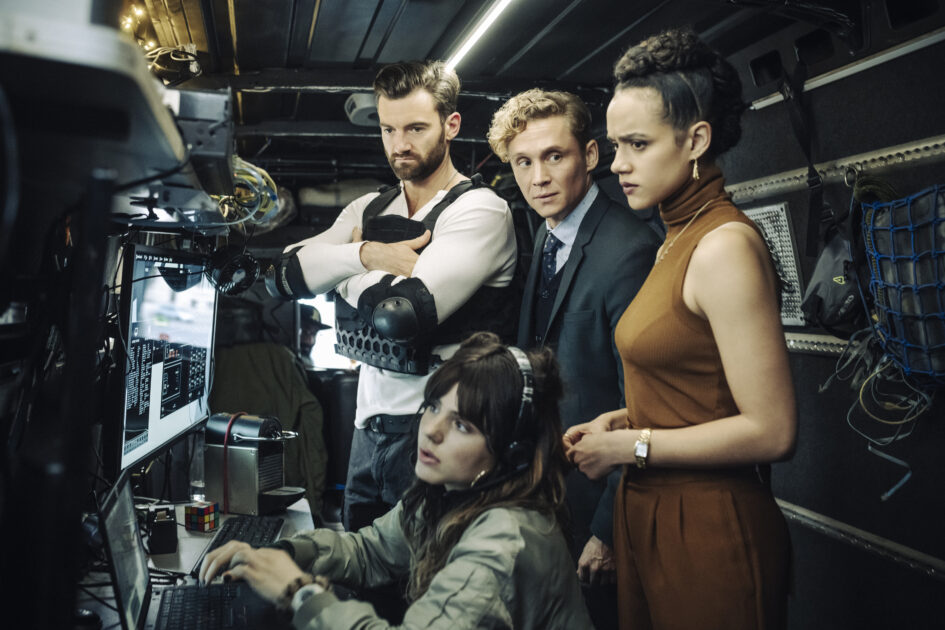 Stuart Martin, Ruby O. Fee, Matthias Schweighöfer and Nathalie Emmanuel are up to no good in ARMY OF THIEVES. Photo Credit: Stanislav Honzik/Netflix © 2021

Per Matt
Zack Snyder‘s thieves are back… this time their mission is to break into three impenetrable vaults scattered across Europe before they’re decommissioned and destroyed. While the entire world is distracted by the opening days of the Zombie Apocalypse, will a German safecracker and his crew wager to cash it all in for the glory of completing the Wagner challenge?

The global financial economy is incredibly shaky as the undead outbreak spreads throughout America, so the countdown clock is ticking. Director-producer-lead actor Matthias Schweighöfer returns as Ludwig Dieter in this prequel to Army of the Dead.

As a character, Ludwig Dieter received a brief backstory in Army, but it really gets fleshed out here (pun intended). I was surprised by how much I enjoyed the extended storyline of legendary locksmith Hans Wagner, who weaves Norse mythology and operatic themes into his complex combinations. And legend has it that if you attempt to open each safe by force, their contents will be incinerated, remaining locked forever. That’s intense.

Teaming up with an international jewel thief (Gwen), a master hacker (Korina), a getaway driver (Rolph) and action hero/leader of the misfits (Brad), the group is mercilessly chased by Interpol agent Delacroix (Jonathan Cohen). These criminals aim to crack “a seven-turn tumbler system,” which has more than one trillion possible combinations via The Rheingold (in France), The Valkyrie (in Czech Republic) and The Siegfried (in Switzerland). It’s not just about the money for some of them, but it’s also about the journey.

Each heist is carried out in order of difficulty, so their plans must be carefully followed. Naturally, that doesn’t always happen. With this type of genre film, there’s the inevitable breaking up of the band, the expected double cross and the final plot twists.

Once he moved to streaming services, Zack Snyder‘s profile has risen as a filmmaker. His fanboy love/hate relationship really ramped up with the four-plus-hour opus, Zack Snyder’s Justice League, which released on HBO Max. He returned to the undead genre, which fits him like a glove, in Army of the Dead, for Netflix. Now Army of Thieves and the soon-to-be-released animated series, Army of the Dead: Lost Vegas, further expand the shared universe that Snyder has created. I devoured each entry so far and have instantaneously demanded more.

If there is a sequel to be greenlit, I’m not exactly sure where the story can go next. The only idea I could imagine would be the survivors of the first two films forming an uneasy alliance to locate Wagner’s long-rumored final exquisite safe, which served as his tomb, never to be opened again. It was dropped into the ocean somewhere, but maybe it could still hold some valuable secrets inside…

I mean, what tops two heist films taking place within the Zombie Apocalypse? An underwater adventure filled with Zekes, of course!