COVID-19 Turned The Platform From Fiction to Fact 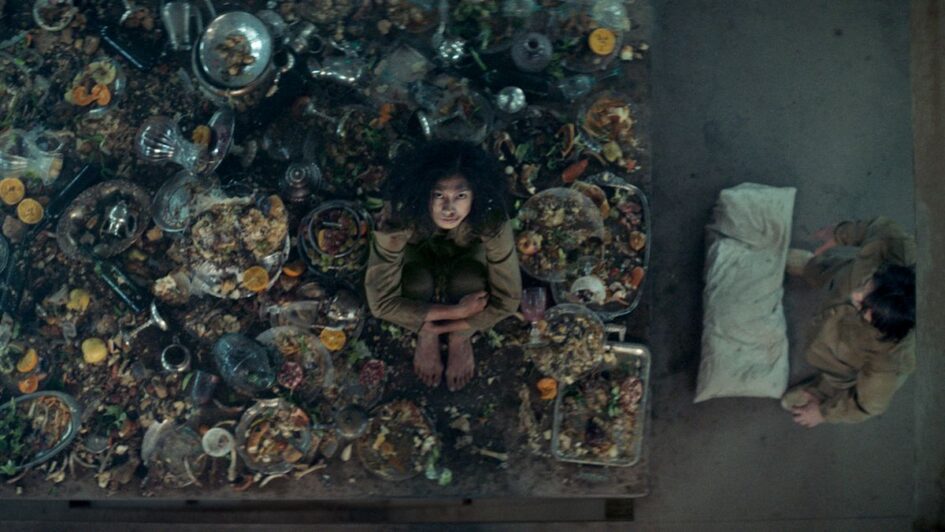 It’s a strange time, across the world right now. COVID-19, a form of the Coronavirus, is wrecking havoc on the populace, both from a health standpoint and in its economic impact. People are succumbing to the virus at an alarming rate. Businesses are closing. In the U.S. unemployment rates have hit all-time record highs, as people are forced to stay in their homes to avoid spreading the plague.

During this time of crisis, several flaws in the supply chain have been uncovered, especially here in the USA. The first thing I remember hearing was how toilet paper was in high demand and disappearing from store shelves. The combination of fear of the unknown, panic, hoarding and those looking to cash in off the pandemic caused stores to eventually put limits on the number of rolls people could get. Other grocery items and health-care essentials also started becoming scarce.

Even a month into this pandemic, I am still having a hard time getting some foods. I am on a ketogenic diet and use a lot of meats and cheeses in my dinners. But going to the grocery stores gains me little. Meats are almost always sold out or rationed. Cheeses are the same. Basically, everything is still extremely limited, and so other options have to be found. I have put my low carb/high fat diet on hold until more items are available. Great for my hunger, but sucks for my waistline.

One thing that is not in short supply right now is streaming media. Netflix, Hulu, Disney+, Shudder and countless other services have been feeding my need for entertainment in the home. Since most states currently have “stay at home” orders and entertainment venues have closed indefinitely to help flatten the curve, these platforms have become invaluable for families. Even though horror films are my passion, I have had to branch out into other genres to keep myself from getting into a slump (horror movies, if done well, don’t leave much room for hope and “good vibes”).

But then I heard about this new film on Netflix called The Platform. This film isn’t your standard horror film, but more of a dramatic horror film. What’s the difference? Well, even I cannot say for sure, ’cause the adjectives that can be used to describe horror films are subjective. I have found working in the haunt industry that you have to be dynamic when performing the art of the scare. What scares one group of people will lead to laughs from the next group. We are all wired in different ways, so good horror films find their niche and stay in their lane, so to speak. The Platform is what I classify as a dramatic horror because it focuses on the main character being confined in a building and having to fend for himself from depraved people. It’s about his character arc and how he ends up the way he does.

Maybe I should explain the film now. Probably would help, don’t you think?

The Platform is a Spanish film from director Galder Gaztelu-Urrutia. The main character of the film is Goreng (Ivan Massague), who finds himself in what appears to be a concrete prison cell at the beginning of the film. He is in the cell with Trimagasi (Zorion Eguileor), an older gentleman who explains that they are inside a tower with many different levels (they are on the 48th floor). Everyday, a large platform of gourmet food is lowered down from the top of the tower. It stops for two minutes on each floor and the occupants can eat whatever they want from the remains. They cannot take food off the table to save for later (the room either heats up or freezes until the stored food is dropped down the hole), so the only chance to eat comes during that two-minute period. Each month, the occupants are moved to a different, random floor.

As you can imagine, the further down the platform rides, the less food remains. It is found out later in the film that there is enough food to feed everyone in the building, but only if everyone takes only what they need to survive. It is an experiment to see if humans will do what is best for the community, over personal desires.

Each occupant of the tower was allowed to bring in a single item with them. Goreng brought in a copy of Don Quixote, while Trimagasi chose to bring in a more practical kitchen knife called The Samurai Plus. While Goreng volunteered to enter the facility for a six-month experiment, Trimagasi was sentenced to 12 months for committing the crime of manslaughter.

Over the next few weeks, Goreng and Trimagasi develop a quasi-friendship. This abruptly comes to an end when both are moved to the 171st floor of the tower. Fearing that they will have no food based on where they are, Trimagasi ties Goreng to his bed, and after several days of fasting, begins to cannibalize Goreng using his knife. He is saved by a woman named Miharu (Alexandra Masangkay), who rides the platform every day looking for her missing child. Miharu kills Trimagasi, frees Goreng from his restraints and leaves him alone for his remaining time on the floor.

As the movie progresses, Goreng receives new cellmates. He makes it as high as the sixth floor, where he meets Baharat (Emilio Buale Coka). The two conceive a plan to end the experiment by ensuring that everyone on the lower floors are fed, and a single piece of food is returned to the top as proof that the prisoners can put away their selfishness and do what is needed for the whole community. With nothing left to lose, the two begin their journey down the platform with the food and their message.

The Platform is an indictment on the social pecking order. The rich get richer, while the poor get poorer. It is a true representation of identity politics, where those of higher stature in life control so much. They feast in a life of luxury, while those further down the ladder only get the scraps left over from those above. The Platform plays this off amazingly well, spotlighting the problems with both capitalism and socialism.

This film also shows that you do not have to have elaborate sets to tell amazing stories. As most of The Platform takes place inside a concrete cell, with only lighting and the floor number changing, the budget for this had to be small. I looked online to find out how much it cost to make, but could not locate it. I would love to know, ’cause The Platform is almost a single-set film.

My only problem with The Platform would have to be the ending. I don’t want to spoil it, but it was left open to interpretation intentionally by the director. Sometimes this works, but for me, I prefer storytellers actually finishing their story. Call me old fashioned, but with films that draw me in like The Platform did, I want a pay off that does not require me to guess what the ending meant. I feel like it is lazy writing many times, and The Platform is no exception.

Based on all this, I give The Platform four out of five stars. The entire film was good, right up until the ending. Had they finished the storyline, I think that it would have made this film one of my all-time favorites. With the Coronavirus pandemic going on, as well as the political climate in the USA, The Platform shows what can happen with society unless people make a concerted effort to do what is best for humanity, and not their own desires. Be sure to check out this thriller today on Netflix, before it is gone!