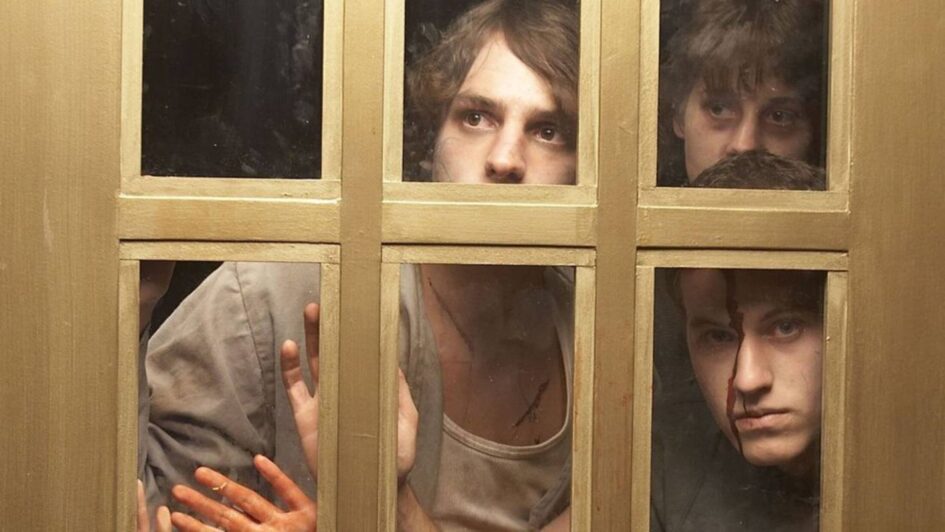 Per Matt
Fighting a relentless, faceless killer is one thing, but battling a herd of creepy children is even worse. Enter Clive Barker’s The Plague.

During these worrisome global pandemic times, what better way to take your mind off the madness than by cleaning out your DVR while watching an early 2000s horror flick featuring soul-sucking kids? It’s true, children are monsters, whether they realize it or not.

In this film, all children suddenly and without warning, fall into a coma-like state, which lasts for more than 10 years. The cause is unknown and never fully explained, which seems to make it even more effective. While “maintaining themselves, staying strong,” there’s a worldwide ban placed on childbirth, involuntary abortions are encouraged and pregnancies have become illegal. Then one day, these young ‘uns awaken with a bad attitude and a killer collective consciousness, create a global extinction-level event.

“Youth is a hard thing to come by these days.”

Other than the dated haircuts and clothing styles, The Plague features more than a few storytelling tropes. The main character appears as an outsider? Check. Using a hospital and a church as killer locations? Yep. Wrapping up with religious undertones, as well as well as an incredibly vague conclusion? Definitely! While the writing and the direction is NOT a highlight, ultimately, this becomes a two-hour long fight for survival, which ends as quickly as it begins. Can’t say that I previously knew anything about Writer-Director Hal Masonberg (and I probably won’t seek out his future work as a filmmaker), but I’ve always been intrigued by children as monsters, hiding in plain sight.

It’s safe to say Village of the Damned, Children of the Corn, The Bad Seed, The Good Son and even The Twilight Zone have explored the topic more effectively, but this one does have some merits… even for a low-budget horror flick. The silent-but-deadly tykes definitely get the job done! Bonus points for having the opening credits look like they were written with crayons.

Here, at Zombies In My Blog, we faithfully cover Zombies and Other Monsters — even those that may feature James Van Der Beek. While Mr. Dawson, himself, has surprisingly kept busy in Hollywood, I was shocked to learn he has been outworked by another actor in the movie, one who only made a minor impact in the messy script. You may recognize Dee Wallace from her numerous appearances in ’80s network television series or you may recognize her major claim to fame: Appearing on E.T. the Extra-Terrestrial. But she really rejuvenated her career by appearing in horror flicks, including The Howling, Cujo and Critters. Just last year, she reprised her role in the selective sequel, Critters Attack! bringing the attention of a whole new audience to her past work.

At a perfectly random point in The Plague, one background actor looked remotely like Elijah Wood, reminding me of his low-budget movie, Cooties, which I thoroughly enjoyed — much more than this one. It’s a shame Clive Barker didn’t demand something of higher quality that was so boldly labeled with his name on its credits. Something like Cooties.