Does Oak Island Have a Portuguese Curse? 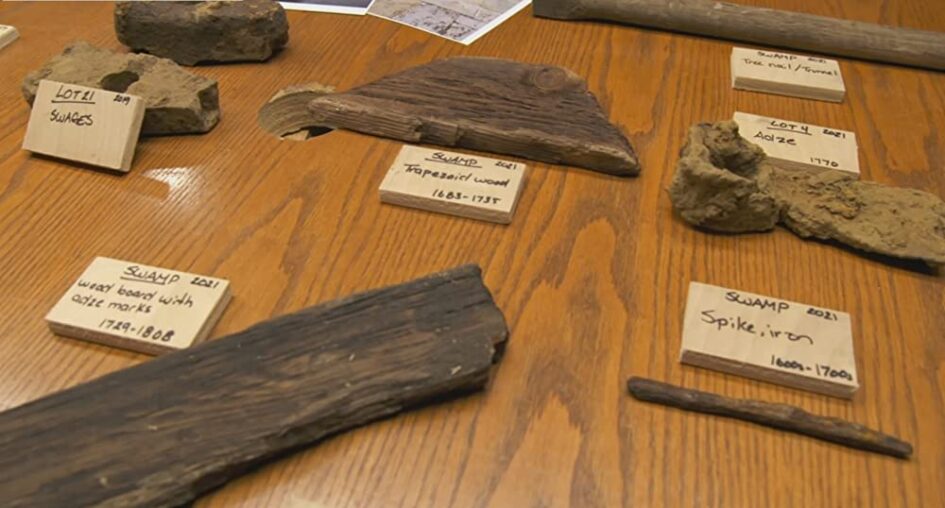 Piecing it all together in The Curse of Oak Island Season 9 finale, "Treasure Island."

There have been many theories about what was once buried off the coast of Nova Scotia. They seem to multiply every year, and with each one, the legend of Oak Island’s curse continues to grow stronger. More than 200 years later, with the assistance of the History Channel (and its global streaming service), the speculation and hype has been heightened to the nth degree, practically demanding something noteworthy be found during this never-ending treasure hunt.

At the conclusion of Season 9, historical evidence has hinted that Oak Island’s curse may be Portuguese in nature. But is that really groundbreaking information?

Fans of the show, whether they prefer to be known as #cursers or #acorns, understand the bait-and-switch process all too well. It’s a tease used by the show’s producers every commercial break, for nine years running. You can’t walk away for a second without our crew mightily exclaiming to have finally found something of significance.

Upon further review, that’s not exactly true. But you stuck around, regardless, not wanting to miss a thing.

This year, there were some significant finds… and per Oak Island tradition, they never really led to a treasure being unearthed. There was some interesting evidence, though.

Water samples taken from a variety of locations showed actual signs of silver and gold present, but the subsequent boreholes that were dug didn’t reveal any true evidence. In fact, all five massive boreholes dug this year (TF-1, DH-82, EC-1, DMT-2 and BF-C) revealed “big quantities of gold” and “big quantities of silver” are still down there. Is that reality TV braggadocio or could it really be true?

Data analysis revealed very old timeframes on recovered wood shards and metal pieces, but as soon as evidence arrives, it seemingly disappears, leading the hunters to conclude there’s an underground tunnel down there, somewhere. It’s highly unlikely anything’s actually buried below 130 feet, so will the team find new technologies to reveal the treasure’s location?

“Every single clue means something…”

The most helpful piece of information from this season of searching comes from Portugal. Guided by theorist/researcher Corjan Mol and Templar Historian Joao Fiandeiro, a few members of the team visited The Church of Fontarcada in Povoa de Lanhoso. Cryptic symbols and carvings seem to match those reportedly found on Oak Island. Might the medieval order of The Knights Templar (or their 14th century descendants in Portugal, The Order of Christ) engineer something similar on Oak Island? The possibility looks intriguing, to say the least.

Per usual, the crew has added, not subtracted, from the mystery at hand.

In a sneak peek for next season, as the Fellowship of the Dig gathers ’round The War Room, Ideon Technologies reveals a cutting-edge scanning technology used in the mining industry (known as Muon Tomography) that measures subatomic atmospheric particles as they penetrate Earth’s surface could actually map out any sort of underground anomalies. Six or seven months is necessary for sensor deployment in order to uncover the data, so holes are dug, and items are dropped before the customary late-season bad weather arrives.

That’s a whole lot of words meaning, “See ya next year!”

Through the course of watching this show, I’ve enjoyed the chase of the hunt, but I’ve really enjoyed the side missions the most. The metal detecting is always high on my list, but the underwater searches seem to bring most of my interest. I’m hoping the crew can return to the locations where underwater sonar revealed possible finds. I also hope they can learn more information about the wooden dock formation that was buried deep within Smith’s Cove while building the coffer dam. And I truly hope something is finally found within The Swamp!

After nine seasons, there’s still a mystery waiting to be solved.

Slowly but surely, our crew of treasure hunters is making progress, but for now, they must dig into the information to really understand what they’ve found so far. Supposedly, there’s been 1,000 artifacts found this year (a handful are shown in the main photo) and there has to be more just waiting to be unearthed.

Canada’s Department of Community, Culture and Heritage put the kibosh on digging around the Southeastern corner of Oak Island, but after a visit by Nova Scotia’s newly elected Premier, Tim Houston, will the country’s overreaching government bureaucracy uphold the digging ban six months from now?

The search continues and Season 10 might just promise an even bigger hunt for the mysterious treasure. I can’t wait!